My office is trying to put together a small party, and the most popular theme is looking like Canada. I’m not sure what kind of party food seems particularly Canadian, though. Our best thought right now is poutine, but that seems a little messy and kinda like it wouldn’t be great after it had been sitting at the buffet table for a while. My other idea was Tourtière, but I couldn’t find any place where we’re located (Cambridge, MA) that makes them.

What foods do you think of when you think Canada? I’m especially interested in foods that non-Canadians would recognize as Canadian, so something like Montreal-style bagels are probably out.

Even before I opened the thread, I though “poutine”. And then quickly added buttertarts (after my old pal from Chowhound days). And then maple syrup (as it’s always Canadian in our supermarkets).

Beyond that I struggle with distinctive food. I’ve only visited Canada once and that only for a few days to Ontario. Nothing stands out as specifically Canadian. Two dinners involved local game (bison & caribou) but I’m used to eating wild game in British restaurants.

It gets tricky thinking of specific national foods. I live on a small island where none of us live more than 70 miles from the sea but good seafood is not greatly nembedded in our cuisine. I have had much better in your specific corner of America but I doubt whether I would include seafood on a list of American foods.

How about a poutine themed canape? Use a thick cut potato chip as the base, cream cheese whipped with butter and beef base as the spread, top with a cheese curd and garnish with some chives. You could also make mini maple tarts. 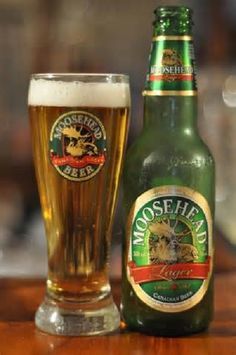 Pick up the Joe Beef book (I got mine from the library). It has some rad Montreal food, and includes history.

A lot of oysters, French wine, and game meat. It is Québécois, though, so it leans French.

Thanks for all the suggestions. I should have mentioned that I’m looking for dishes I could conceivably get catered or to go from some place, not ideas for foods I could personally cook.

I really wish Canada’s image weren’t so closely associated to poutine. First of all, it’s very much a Québécois dish. Canada discovered it about ten years ago. Secondly, it’s fairly recent. It dates back to the late fifites, early sixties. Thirdly, there’s a lot more to Canadian food than fries, cheese curds and gravy. Although I think every part of Canada has its take on fries and gravy.

And that’s only the start of it.

If your’re going for quintessential Canadian, you can’t go wrong with smoked meat, pierogies, buttertarts, nanaimo bars, peameal bacon. It’s fiddlehead season, so I would try to include those.

By the way, Canadian bacon is not Canadian, but Hawaiian pizza is.

Thanks for all the suggestions. I should have mentioned that I’m looking for dishes I could conceivably get catered or to go from some place, not ideas for foods I could personally cook.

That’s going to depend on what’s available near you.

I would say maple syrup, smoked meats, game sausage (like elk or reindeer), Kraft dinner (aka Kraft boxed mac and cheese). If you have a Cost Plus/World Market nearby, stop by to pick up some Canadian candy like Smarties and some ketchup potato chips.

Thank you for the clarification, I don’t always want to cook for everyone either. The book may give you some ideas of what to ask for when discussing the menu with a catering company.

Without wishing to be overly pedantic but Smarties are British. Manufactured by Rowntree Ltd since 1937. Company is now owned by Swiss giant, Nestle but I think production continues in York.

By the by, the British advertising slogan is “Only Smarties have the answer”, whilst in Canada it’s “Show your colours”. We used to share a common one - “Do you eat the red ones last?” Which, of course, you do - unless there’s a communal bowl on the table, when it’s everyone for themselves.

Pierogies are Canadian? That’s news to me.

Pierogies are Canadian? That’s news to me.

There’s a large Ukranian community in the prairie provinces. Everybody there eats pierogies. They have become Canadian.

So because a lot of people eat them in Canada that makes them a Canadian food?

No, but when they become part of the culture and are associated with Canadian identity, it does.

when they become part of the culture and are associated with Canadian identity, it does.

I agree. But surely this gets tricky for countries like Canada and America where immigration has built the nations? Couldnt you argue that, in such circumstances, pretty much everything becomes Canadian or American food?

It is similar, although less of a definition, in the UK. Is the batter on the fish we eat with chips, a Jewish immigrant dish or is it now British? Is chicken tikka masala a South Asian dish, or a British one becuase it was invented here? The latter is certainly “immigrant food” but, in fifty years time, who knows?

I guess all those Wisconsin and Minnesota people emigrated from Canada, became they seriously love perogies too. ;).

Couldnt you argue that, in such circumstances, pretty much everything becomes Canadian or American food?

If you keep your criteria too narrow, then the only American foods would be what native Americans were eating before the Europeans arrived. Not even foods invented in the Americas by immigrants would qualify. There’s nothing more Montreal than smoked meat and bagels, but they are both from Eastern Europe. Tourtière and pea soup are French. Paté chinois is just a take on cottage pie. Yet these dishes are all closely associated with Canadian/Québécois identity.

Isn’t tikka masala the British national dish? There’s certainly more of it eaten in Britain than anywhere else in the world.