This deserves its own thread. Bring it. 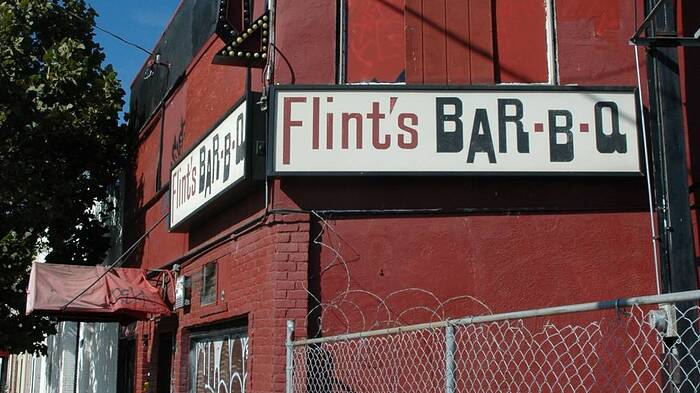 As I’ve now eaten a lot more BBQ around the US, I wonder if my love of flints was youthful ignorance, based on nostalgia, or because they were actually great. I’d like to think the latter, but one never knows.

I even had my cello stolen out of my car right in front of flints (on telegraph). You might think that would have cooled my ardor for flints — nope. It was still a great place to try to swing by after a rehearsal.

The reality always was the meat was good, the smoke was good, the sauce was over the moon. You never got a dry slice there, but I’d often get links because they were a better vehicle for the sauce. And, we’ve been taught, sauce is not the best measure of BBQ — great BBQ needs no sauce.

And yet, in my mind, Oakland BBQ will be a different category from St Louis (maybe closer to St Louis), Texas, North Carolina, etc. When there were a bunch of different Oakland purveyors, and black culture was stronger, Oakland had a reverence for the sauce, so I think we can judge for the sauce.

In the latter days, the revivals of Flint’s haven’t reached the same high point in sauce as my memories of the original. I’d even say E&J today might be better than the last revival I tasted.

I will hope, I will go and try as soon as they are open, but I don’t think I’ll kick in for the GoFundMe. I wish there was a way to micro-invest, but they’re not offering that.

I think it was as good as everyone thought back in the day. Those lines were real.

re: the sauce is what made it. The meat was excellent but the sauce pulled it together.

I remember after closing in the late 90s/early 00s’, they reopened and I headed there from SF. You guys remember the deal, it would make your whole car smell like Q, which made you drool, and you made sure you put it in a safe spot so it wouldn’t spill or disaster.

In any case, I think it was 2002 or 2003 and I got ribs, the Q smelled the same…but when I finally had it, the sauce wasn’t the same. Something was missing. Something was off. They lasted only like 6 months after that.

So if the sauce is the same…could be very good. Regardless, I’ll check it out. It probably won’t be the same as memory but I hope so. And yes, it was the sauce.

BTW, I know the secret ingredient to Flint’s sauce: reduced prune juice. Yup that’s it. Many people guessed it was Hoisan or plum sauce back in the day.

p.s. they’re suppose to sell sauce at a pop-up. That will be very telling. I’m going to try and get some. 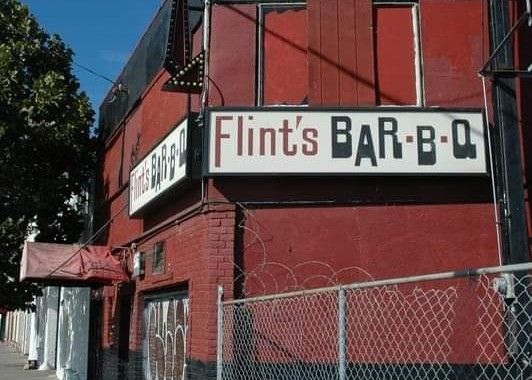 Legendary Oakland BBQ stop Flint’s Barbecue may finally have its brick-and-mortar reincarnation, but there’s community pushback against the ghost kitchen facility that would house it.