My coworker got lunch today at el rincon de la costa.
He ordered the Mexican version of a"mixed" grill and this thing was pretty damn big! I might try one tomorrow. It has pork, chorizo, chicken, and shrimp
…maybe more lol.

It comes in a tray with the traditional cooked onion and jalapeño, avocado slices, cheese, cactus. Etc. You also get rice, beans, tortillas and some sauces. It is similar to linos dish but cheaper and I think 15 bucks. You can definitely get two meals out of this, unless you’re the mixed grill champion of HO

Has anyone been here? @goodparmesan

I am not sure if these will come out OK but here is the menu. I still need to get to Keyport and try the spicy shrimp Greg likes. I will be there sooner later to see my accountant so I think that will be the time. I will give the Diablo shrimp a try here too. @gcaggiano 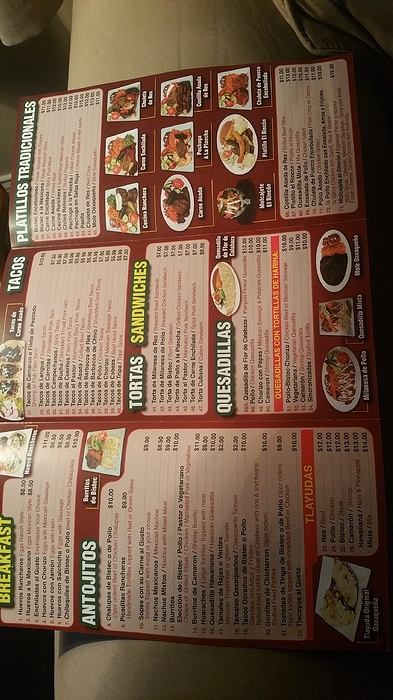 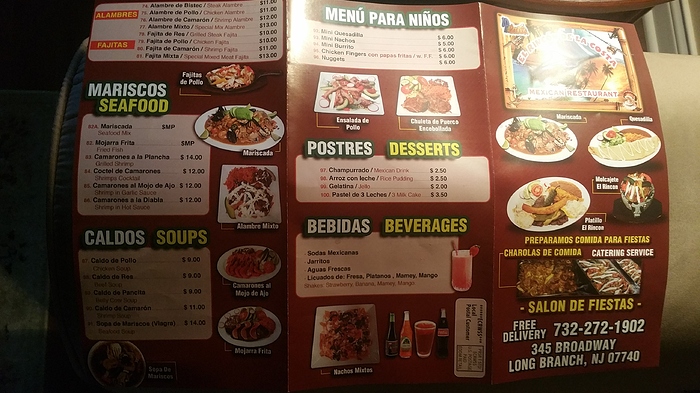 It is going right across from tuzzios. My first thought was pizza but there are literally 3 pizza places on the corners so this would make 4. I can’t see that happening but what do you guess and does anyone know anything about it? Google didn’t show me much. Burgers? A taco style place like bubakoos? I’m intrigued. It is like a food riddle I’m trying to figure out.

So I finally dined at el arriero, a Colombian place. More details to come but let’s say I didnt leave hungry. The picada is an assortment of meats for 25.00 and although it is for 2 people, this could easily feed 3.

And this time I won’t be presenting any mixed grill challenges to anyone ; ) 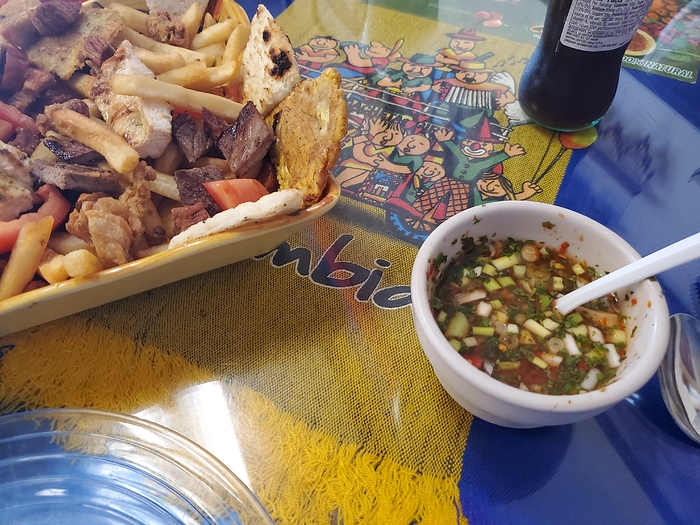 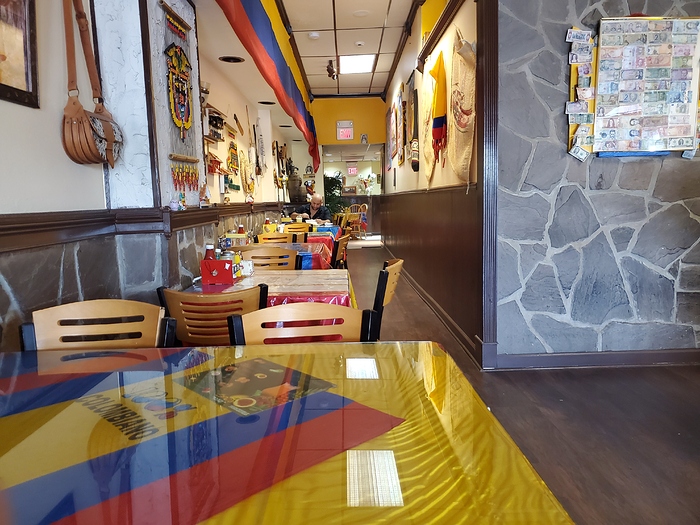 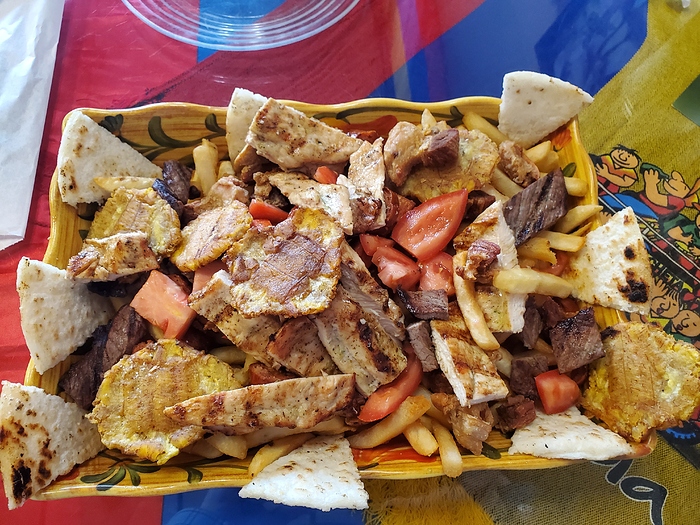 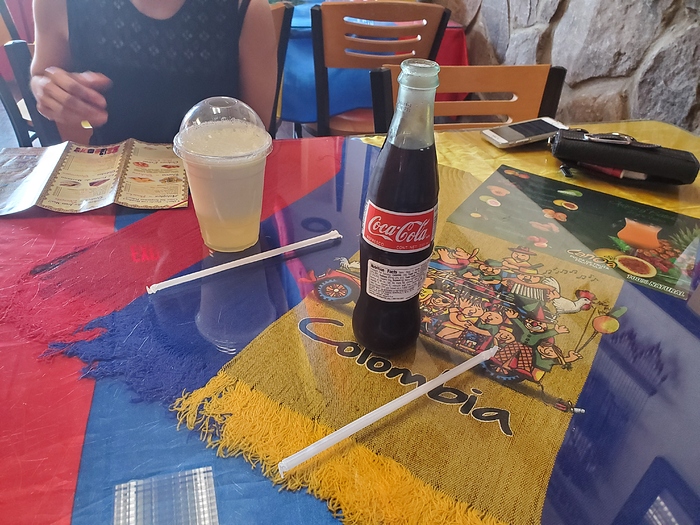 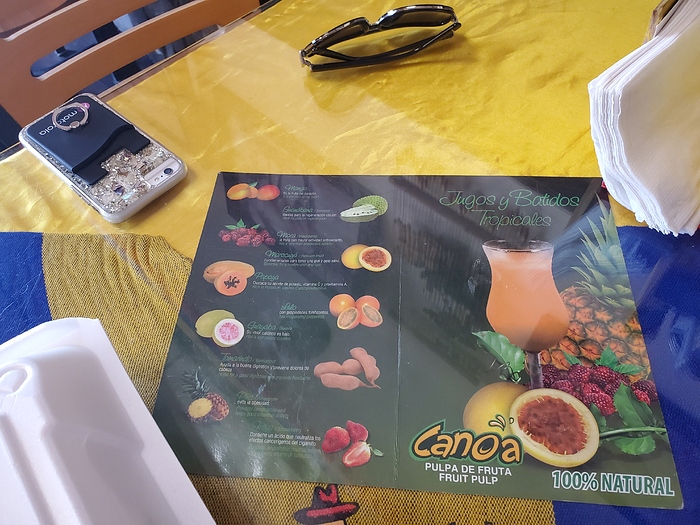 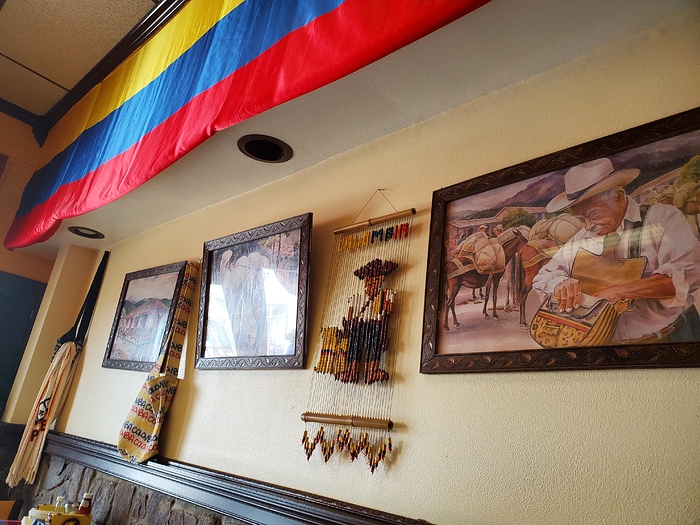 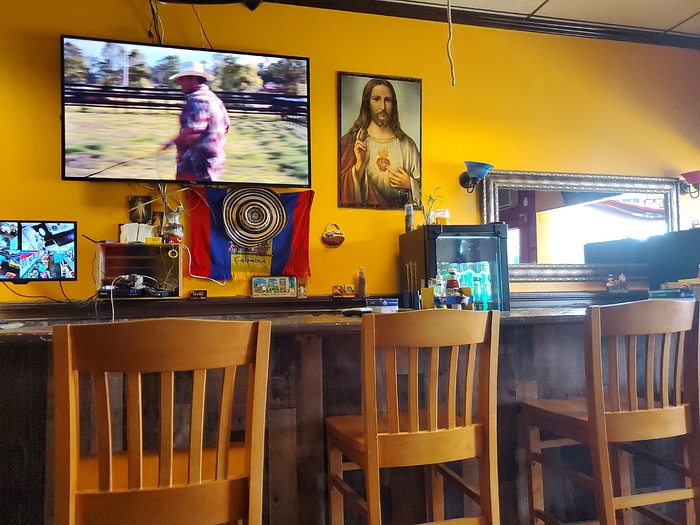 Thanks Greg. They are looking pretty good to me too so I am happy about that. This place was one of the most “colorful” restaurants I’ve been to, in the literal sense of the word.

The pique was great. It was so good I literally finished the bowl with a spoon after I was stuffed with meat, bread and plantains. It had some slight heat and an awesome cilantro profile. Don’t tell anyone I ate this like a soup lol. I want to see if I can get a container to go one day. It would be killer with skirt steak.

For dessert we stopped by a Mexican raspado truck called D’ice. This was my second time trying this Mexican favorite. For us gringos, this is Mexican shaved ice. It is kind of like their version of a snow cone but you drink it with a straw and they often put fruit in them. I got a lime flavored one and possibly dumped 3/4 of of flask of tequila into that bad boy 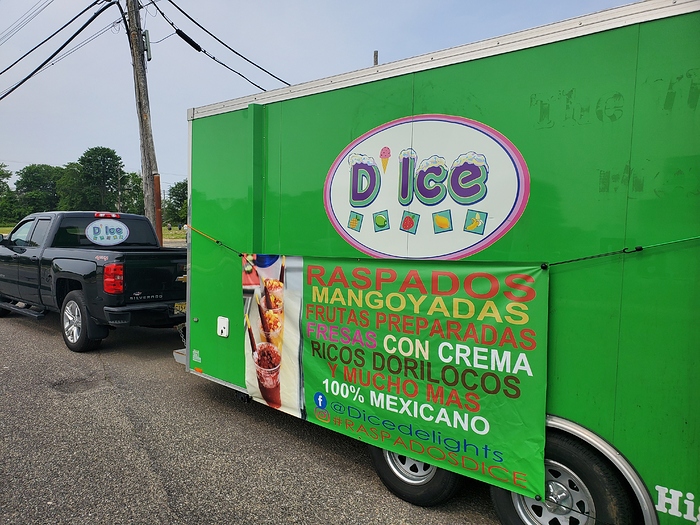 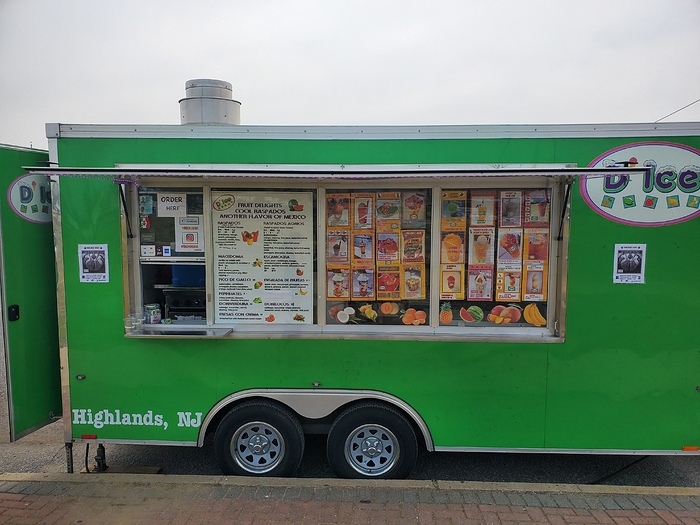 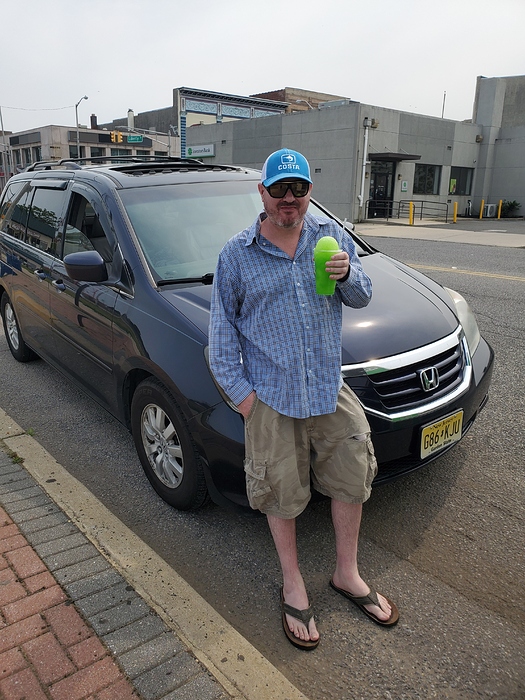 Stopped in to La Valentina a couple nights ago. The meat molcajete was so good I wanted to try the Molcajete Mariscos. Certainly not as good as the meat, and would probably not order it again. 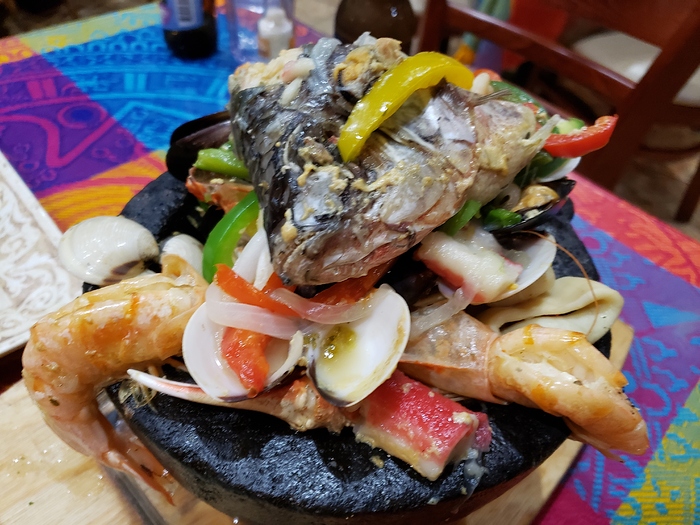 Also stopped in to El Rodeio to check it out. We were there Monday night and were thinking about the Rodizio. Not many people in there so figured would pass on the rodizio for another time. While we were there, a couple did order the rodizio and it did look fresh and tasty. Next time, maybe after the Haskell on Sunday.
Had a typical Brazilian plate with sausage, beans, rice, pork chop, collards and egg. GF had steak with garlic and ff, rice and beans. Would order both again. Good meal for $44 before tip. BYOB.

Next time, maybe after the Haskell on Sunday.

Just a FYI the Haskell is this Saturday the 20th not Sunday!

Oh no! When they moved it up a week they must have switched to Saturday too. That stinks. It was one of the few events I could make it to on the weekend.
Thanks for the heads up.

No problem, we have a conflict too, but I’m still going to run in for my hat!! Can’t let a year go by without my Haskell hat!!!

Ha! My neighbor works at the track. She was giving out 2017 Haskell hats the other day…If you don’t make it, I can ask her for you…

Have you tried fruta loca?

Those are going to be some hot horses tomorrow

A lot of people have been calling to encourage them to postpone the race.

NY racing canceled all racing this weekend, PETA has petitioned Monmouth to cancel the Haskell. My guess would be that 30% of the tracks attendance revenue for the year is made at the Haskell, as wrong as it is I don’t see them risking the revenue loss by canceling. (for the record I will be going to pick up my hat and leaving)

I walked by the other day and looked good. My problem is that I’m more of a savory guy. Just switched laundromats so not sure if I will get to try anytime soon. Need to quit my night job and try all of these places.

I trust the horsemen to do the right thing. Took until around now (10pm) to cool down tonight though.

Today we made it to El Rincon de la Costa. Salsas top notch.
Girlfriend loved her fried fish and I tried the Carne Enchilada and Molcajete. Great flavor on both meat dishes. Washed it down with a Coke Hecho In Mexico. All three dishes and beverages, $55. Will return. 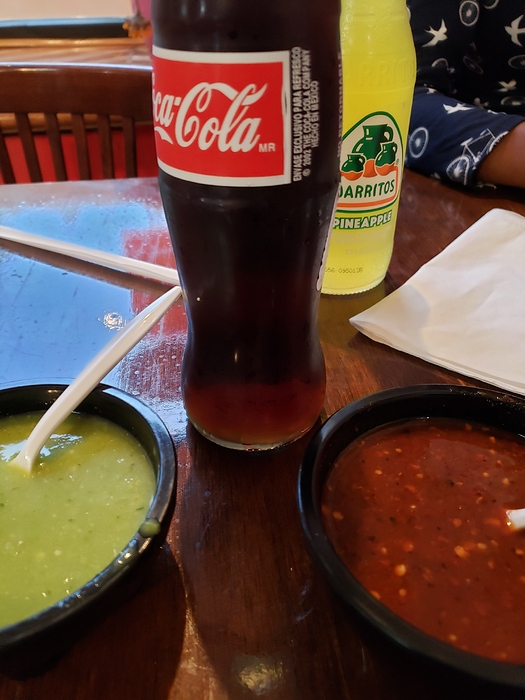 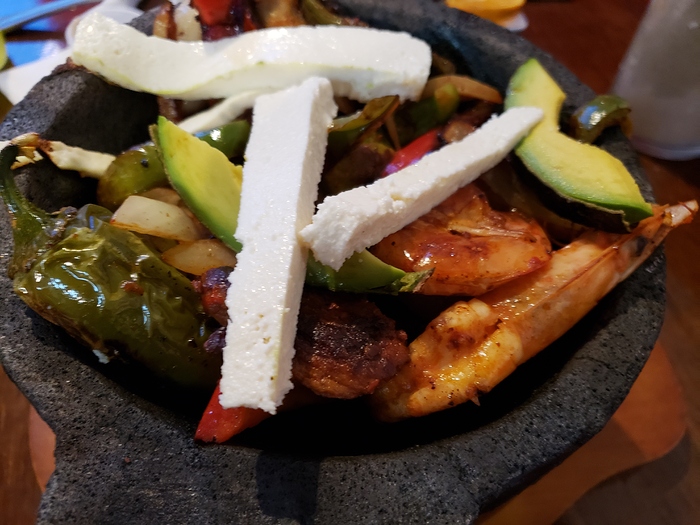 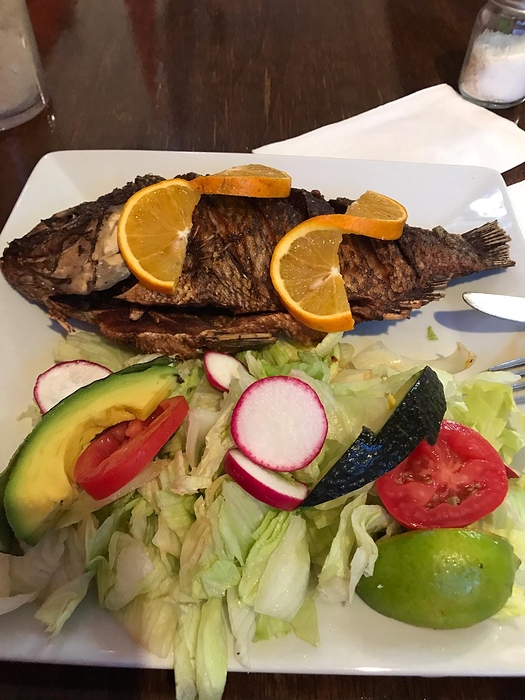