Faux seafood is the next trend

Would you eat it (regularly)?

I have a personal distaste for highly processed faux meat products so I won’t be eating faux seafood either. 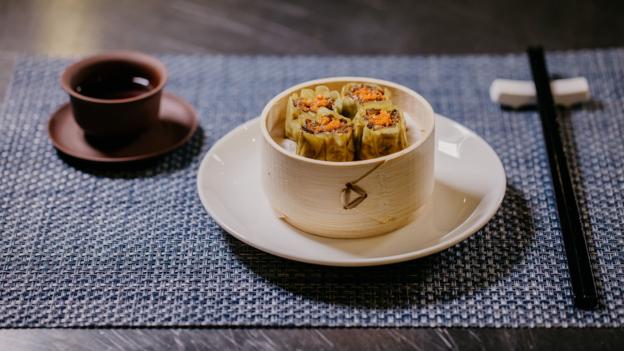 Seafood is difficult to veganise well, but some companies are betting on new technologies and customers to overcome the challenges.

I have absolutely no interest in eating this. I’m an omnivore who includes vegan dishes in the regular diet but I’ve no wish to try faux meat/seafood/cheese/etc.

The vegetarian fake fish I used to get was called Veat; they stopped making it about 10-15 years ago. Sort of salmon-colored soy-based with a seaweed “skin”, tasted really good.

I have some strong opinions here. You may want to scroll by.

Faux = fake. Fake meat products call veganism and indeed vegetarianism into question. “I don’t eat meat but I want to eat things that taste like meat while feeling good about myself.” If you want to be vegan get used to lentils, black beans, soy products, …

Fake products tend to be highly processed. Processing per se doesn’t bother me. Chemicals including salt bother me.

The chicken in my freezer tastes like chicken. The tuna tastes like tuna. The salmon tastes like salmon. The pork chops tastes like pork. It’s pretty easy. Same with tomatoes, peppers, lettuce, fennel, broccoli, cauliflower, cucumbers, and on and on.

I’m far from perfect. I really like Morningstar sausage patties that are fake meat. They taste good, aren’t too salty, and the chemicals aren’t too bad. I eat it once a month(ish).

The faux crab often used in Kani salad comes to mind. But, the additional use of apple and cucumber in a sesame ginger dressing takes over the flavors anyway.

I’ve had decent vegetarian seafood at Chinese places in Manhattan, like Vegetarian Paradise and Buddha Bodai. But since I eat actual seafood, I would only very rarely choose fake over real. I don’t see as big a market for fake seafood as for fake meat, mostly because I think many people opt for meat substitutes because they’re perceived as more healthful than the real thing (and are certainly less harmful environmentally), and seafood already has the reputation of being pretty healthful (environmentally, not so much).

But faux crab - at least the versions I’ve had - is not vegan, since it’s made of fish.

In this case perception is not reality. Impossible Burger and their ilk are pretty horrible for you. Eating a cow is more healthy.

perception is not reality

You don’t say. They’re not synonyms? Imagine that.

But faux crab - at least the versions I’ve had - is not vegan, since it’s made of fish.

And in fact often has some crab in it anyway! (Check the ingredients list.) To make sure there is no crab, look for kosher fake crab.

@small_h - Same here! Most fake/imitation crab meat I’ve had is fish based, and has no actual crab (maybe crab flavoring whatever that is). It’s because crab is expensive AND labor intensive to extract meat that usually most imitation crab I’ve come across is all fish and flavoring.

There is quite a bit of imitation seafood in Asian cuisines (fake shrimp, lobster, etc.). Some of this is because surimi (fish paste) is tasty in it’s own right and provides a decent, cheap substitute for more expensive seafood. But going to full mock seafood is more unusual and I’m keeping my mind open.

I happen to like the Impossible Burger; I think the taste is amazing given what it’s made of. I don’t assume vegetarian diets are more healthy – I can eat fried veggie tempura all day or have an all cheese diet, and my weight and health would pay dearly for that. There are other legit reasons why people may want burger alternatives like reducing the methane gas of the cattle industry, trying to improve the conditions for cattle on farms. Mock meat (aka seitan) has a long tradition in Buddhist cuisine, so it’s still widely consumed not only by Buddhist monks, but lay practitioners who only observe abstaining from meat on certain occasions. It’s not just because they have issues with eating anything with a face.

I actually came upon a fake scallop recipe that used oyster mushrooms (cut the stems into scallop sized rounds) that I thought was quite ingenious! If cut properly, it really does look like scallops and has a similar texture. It has a 'shroomy taste of course, but that’s not a bad thing since I love mushrooms. As long as we’re not producing a chemical laden food, I’m open to trying to it.

I made this years ago using king trumpets. (Also posted it to Meatless Monday thread.) 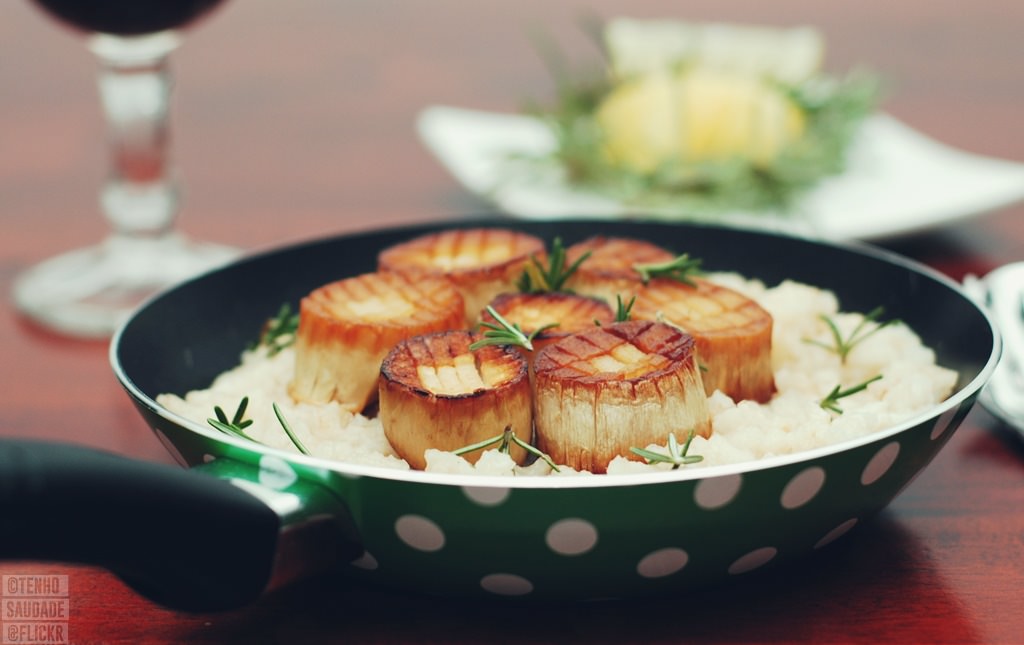 But these are actual scallops: 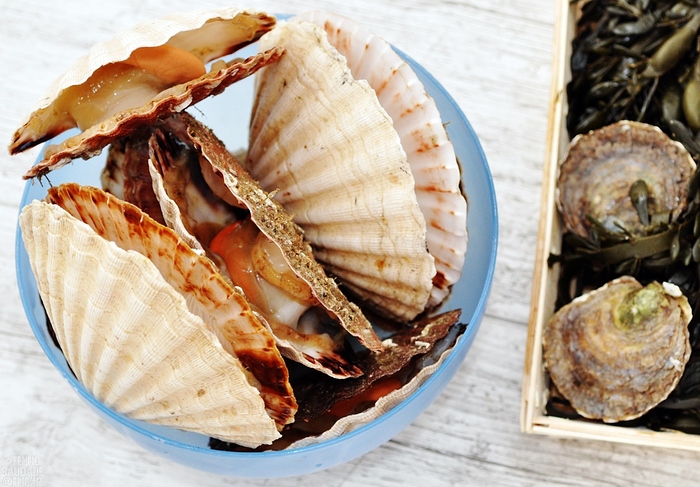 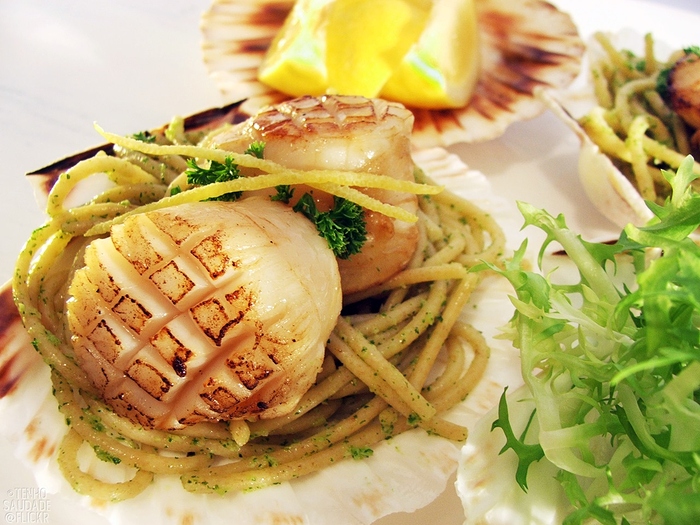 This is the only version I’ve seen sold. But, you are right Kani unless vegan made is still fish just not crab.

I shop there! It’s about a 20:00 walk from my apartment. So I probably have seen the vegan kani and just forgot.

There are other legit reasons why people may want burger alternatives like reducing the methane gas of the cattle industry, trying to improve the conditions for cattle on farms. M

I’m with you, @kobuta. I think there are plenty of reasons to try alternatives, and they don’t need to be “healthy” to be worth giving a shot. I’m all for attempts to make vegetable substitutes for meat or fish, and I’m happy to give them a shot. What’s to lose?

I happen to like the Impossible Burger; I think the taste is amazing given what it’s made of.

Kobuta, we had our first Impossible Burgers on the grill a few weeks ago (purchased in a grocery box from Grendel’s Den in Harvard Sq.) and really enjoyed them. I’ll definitely buy the bulk meat again. I have had meatballs before, but never the plain burger in a patty, and both my husband and I were impressed with the texture and flavor.

I’m all for trying faux seafood when it’s available. 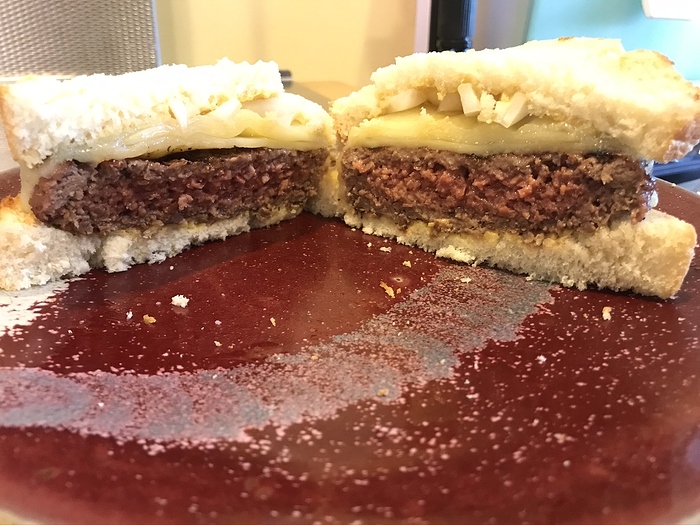 The Impossible Burger manages to have higher salt content than the beef Burger King Whopper. The company, like competitor Beyond Meat, says their corporate mandate is to save the planet. I ask, do they plan to accomplish that by reducing human population?

I have the same concern about most vegan/vegetarian replacement products. Salt is only the beginning of the goop on the ingredients lists.

Ok, I’ll bite. I’ve been a vegetarian for 2 years, and that decision was based on both health and ethical considerations. I grew up eating meat, and there are occasions when I have nostalgia for a food from my past, like a burger how my dad made them, or maybe the ubiquitous Italian sub. I don’t see anything wrong with once in a while eating ‘faux meat’ that’s a little less nutritious/more processed than my usual vegetable-heavy diet, especially since nothing had to die for me to do so. As far as being processed and chemical laden, through I eat them occasionally as well, I can hardly think of a fake meat product that is more filled with barely pronounceable chemicals than Morningstar; their sausage patties have more than twice the ingredients of a Beyond Burger.

Fair point, which is why it’s always up to the humans to read labels carefully and make sure they know their own health concerns. Broadly eliminating all foods that are too high fat, too high salt, too high sugar isn’t the complete answer for anyone. There are so many foods that are salt bombs, and this was an issue long before Impossible Burger came to market. If you wished Impossible Burger out of existence, we still have people overconsuming salt in fast foods, snacks, and other foods and this has been the case for decades. Getting Doritos to stop paying $2M dollars to air some funny 30 second ad on Super Bowl Sunday may be just as impactful to health as warning people not to have an Impossible Burger.