New to me, but looks interesting. Has anyone tried it yet?

At Fattoush, a Syrian doctor creates his dream restaurant

The cure for your takeout rut? Mediterranean specialties at fair prices. 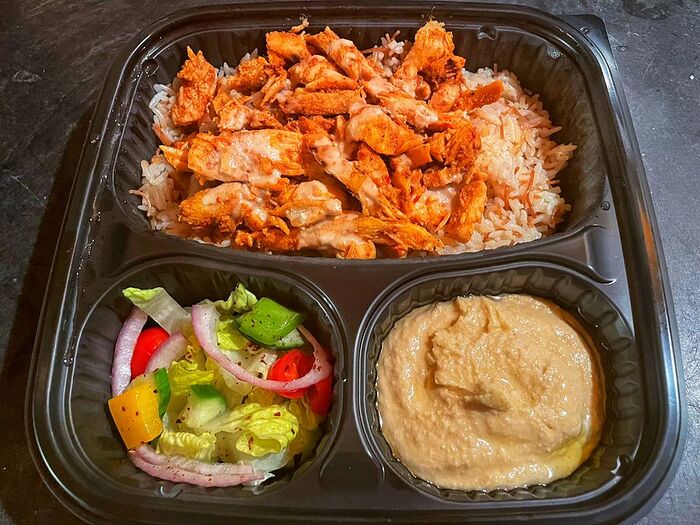 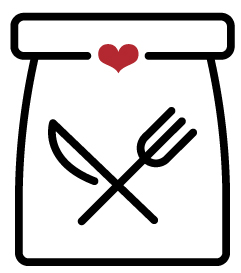 Can’t find your favorite food from home? Open a restaurant.

Karam Tony Touma found himself in this predicament when he came to the United States from Aleppo, Syria, in 2014. Touma is a doctor who traveled abroad to take a job with the UAE Consulate in Boston, but the stint ended when COVID-19 hit.

“I had time to think what to do, to be honest,” he says. First, he launched a real estate company, Touma Palm Suites, offering furnished apartments for people seeking medical treatment in the Boston area. But he was hungry.

“I was trying everything. I had to drive to Rhode Island. I said, ‘Why not open a Mediterranean restaurant?’” he says gamely.

And thus began Fattoush, a Mediterranean storefront on the East Arlington-North Cambridge border, a block from Route 16.

Just one problem: “I have zero expertise in opening restaurants,” he says. “I was out of my league.”

So he brought on a chef, Jack Seghman, whose food he’d tried and loved at Café Yafa in Natick.

“My secret is I am Armenian, Lebanese, and Syrian,” Seghman says, laughing.

The restaurant’s opening was delayed for a year because of the pandemic but finally debuted on Jan. 3, and it’s already making waves among locals hungry to change up their takeout routine. The menu is fairly priced, with generous portions and lots of vegan options, too. 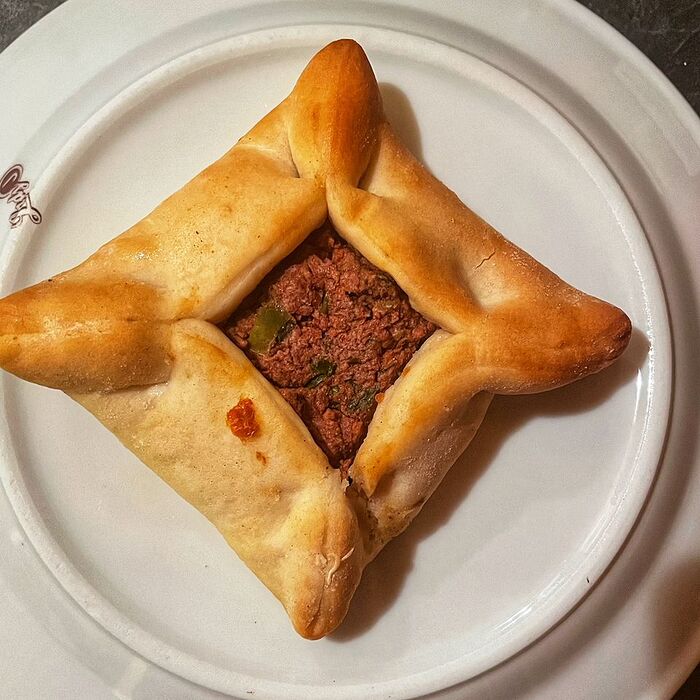 The meat pie at Fattoush.KARA BASKIN

Juicy chicken kababs are Seghman’s favorite dish, but I love the spinach and meat pies ($2.75). The spinach is fresh, with a hint of lemon — not pulverized mush — with a soft, golden dough folded like origami. Peppery, open-faced meat pies have notes of cinnamon. Swiped through a tub of Fattoush’s sharp, extra-pungent creamy garlic sauce, it’s the perfect hand-held snack.

Baked pita chips ($3.99) are gorgeously crisp, dusted with ground sumac that will get all over your clothes, so be forewarned. I fashioned my own nachos by drenching them in loubye bzeit ($6.49), fat green beans stewed in a garlicky, pasty tomato sauce. Portions are generous; I’m still working my way through the container two days later. Same with mjadara ($6.49), pureed green lentils with dots of rice and caramelized onion. It tastes almost like healthy cake batter. (I said almost.) Sumac-laced chicken shawarma ($17.99) is another hit, on a bed of brothy rice pilaf.

My one beef, literally, is with the lahmajoun ($4.99), a round, open-faced Armenian-style pizza topped with minced lamb, beef, and crushed tomato. This version was just a touch too brittle, with the tomato almost cooked off. I compensated by pouring more of that luscious loubye bzeit on top.

The website can be slow and glitchy, so call ahead to order. The staff is friendly; here, talking to an actual human is a pleasure.

The menu looks great (but the website is annoying). Wish I had known about it when I was down in the area last month!

That’s a nice scoop! I’ll have to bring my Palestinian/Lebanese friend to get his opinion, although it’s not quite the same thing. I did a little shopping at Arax and Sevan today, how did my spidey senses fail me lol

I wonder which RI restaurant Touma would travel to for good Mediterranean food.