From a post I made in another topic I’m asking for opinions on which chain sandwich buns ( and overall product really) are actually anywhere close to what they look like in the chain’s advertising. The pictures they use to hawk their sandwiches always show perfectly formed buns and perfectly formed ingredients but what arrives over the counter is usually half the height, squished and FAR less appetizing looking.

For me the one consistent exception is In-n-Out but I’m interested in other opinions. I also think there’s room in the discussion for whether or not the visual impression is important at all. IMHO it’s only of major consequence if the ‘squishing’ impacts the integrity of the full product (ie- does a skinny, flattened tomato slice taste different enough to matter).

To some degree I think this is partially a ‘you get what you pay for’ thing but if some joints can deliver what their marketing shows then why can’t they all?

I have this complaint with commercial food photos from any chain or marketing driven menus that use stock photos (diners i’m talking to you).

For me the one consistent exception is In-n-Out

Are you then assuming a burger is a “sandwich”?

Some places that I think are pretty true to their ad pictures (in no particular order).

All boils down to commercial food photography and styling. They use all kinds of (nasty) things like glue to hold things together. The foam in coffee and beer is just dish soap. You get the idea. It’s no secret and the industry doesn’t care you know. The food has to look appetising.

Behind the scene of a McD’s burger shoot: 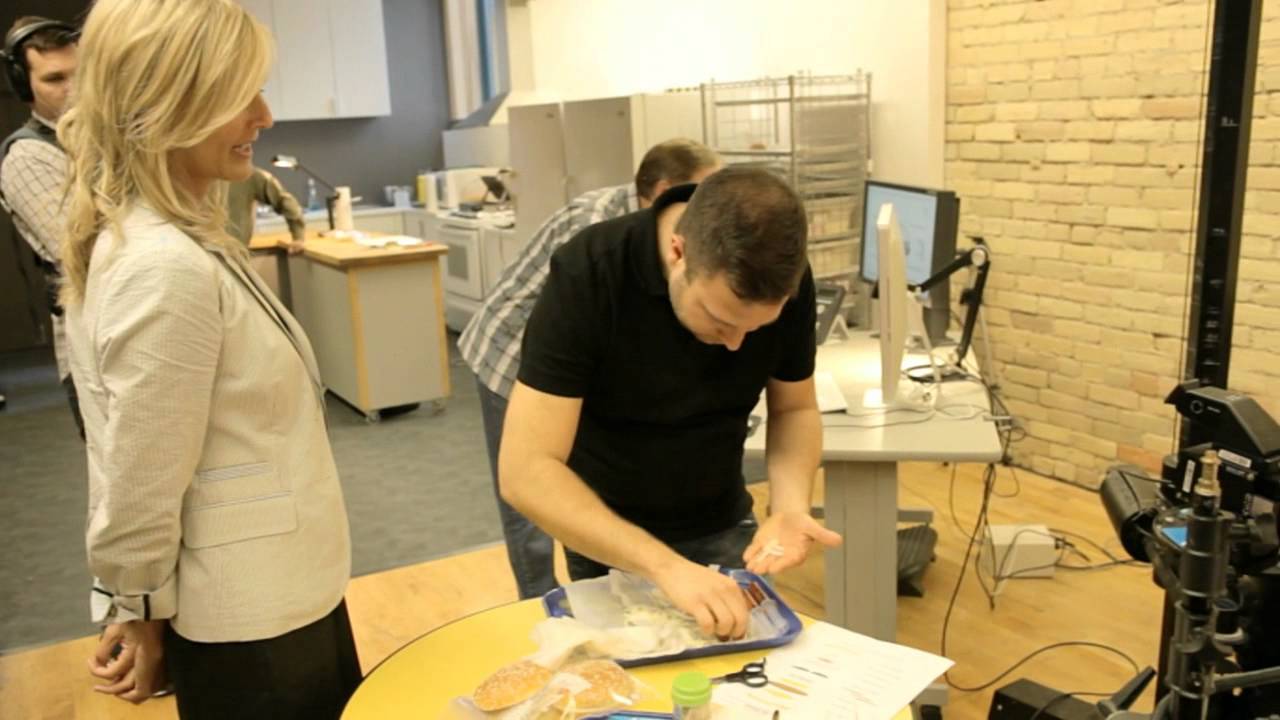 The country in which you get food that looks almost like in the adverts is Japan.

“Are you then assuming a burger is a “sandwich”?“ 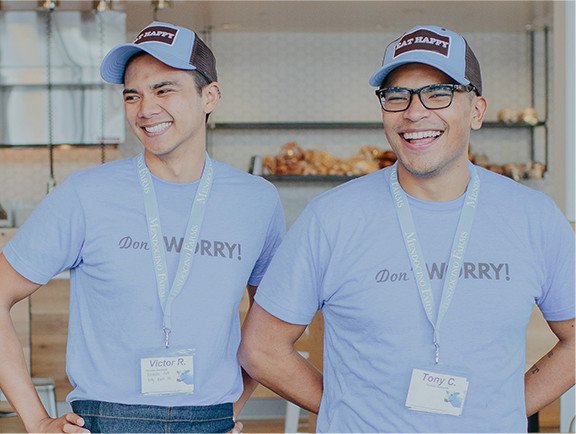 The local gathering place with chef-driven sandwiches, salads, and catering options. We use the finest ingredients sourced from local farmers. EAT HAPPY!

I went there once. Is that really fast food?
I think I had two, but don’t recall how they actually looked.

Thats a giant step above too me. I really enjoyed that.

Ipse, I have 3 Mendocino Farms locations near me but I’ve never been to one. Are they similar to the Bravo Farms restaurants in Central California? I’ve been to the one in Tulare and the Bravoland in Kettleman City. Both were good- enormous salads IIRC. I really wouldn’t put them in the same genre as Carl’s Jr., in-n-Out, etc. though.

I think there are sort of two questions in one here, that might not have the same answer:

To some extent, for me, the advertising picture of a burger does double duty as an unofficial schematic diagram of what will be going into it. For example, when I look at the picture and see a big fat slice of onion, I expect to get a big fat slice of onion on my burger too - but I don’t need the one on the actual burger to be photogenically displayed, just for it to be there. (And, conversely, if there isn’t onion visible in the picture and I get onion anyway, I’m confused.)

So I’m not that interested in visual exactness, but I do want each part to be somewhat realistic, and often they aren’t. For example, if the actual meat looks significantly different in colour, size, or texture from the picture, I don’t think it’s right. Maybe I’m saying I actually prefer the picture to have artificially enhanced presentation with more space and visibility, but I don’t like any one component to be too badly misrepresented.

Is it supposed to look the same?

Can you describe a circumstance in which it’s NOT supposed to look the same? Intentionally?

Sure! There was a McDonald’s ad long, long ago that showed all the components of a Big Mac, as if suspended in mid-air, stacked in order but with generous airspace between all the parts. Almost like the instructions for an Ikea bookshelf.

I wrote that description from memory, I probably made mistakes

Yes a burger is absolutely a sandwich. To me its anything served between to pieces of bread . Same as a hot dog.

Are they similar to the Bravo Farms restaurants in Central California?

Never been to Bravo Farms, but from what I can gather on the Interwebs, I don’t think so.

“Are you then assuming a burger is a “sandwich”?“

Nah… this one is easy…

Think of a bird.

Unless you’re trying to mess with me, you probably thought of something other than a penguin. A penguin is a real indisputable bird, but it’s an odd duck.

The hamburger and the hot dog are two of the penguins of the sandwich world: special odd examples, and not what you’d first think of when someone says “sandwich”, but still indisputably sandwiches.

If you really think that image is what I posted about here then I haven’t made my point at all. I’m simply saying that food stylists work to make product look great regardless of whether or not their outlets are able to deliver the same thing. The companies do that to sell product. It’s really pretty much a joke much of the time.

I wouldn’t agree that the image I referred to belonged to any different category - it’s no more contrived than the ones you were thinking of originally.

I do argue that a realistic true photograph of a sandwich is unlikely to give a full view of all the things that are in it, and I do argue that people value knowing exactly what’s going to be in their sandwich (i.e. the identity of every ingredient, not their literal appearance) far higher than they value photographic objectivity.