Everything you always wanted to know about White Rabbit Candy

“Originally launched by private company ABC in 1943, and inspired by British creamy candy, the sweets were first called Mickey Mouse Sweets, and the wrappers featured the famed Disney rodent. During the political upheaval of the 1950s… the use of Western imagery became politically sensitive. The rodent became a rabbit in 1959, and White Rabbit candies were officially launched.” 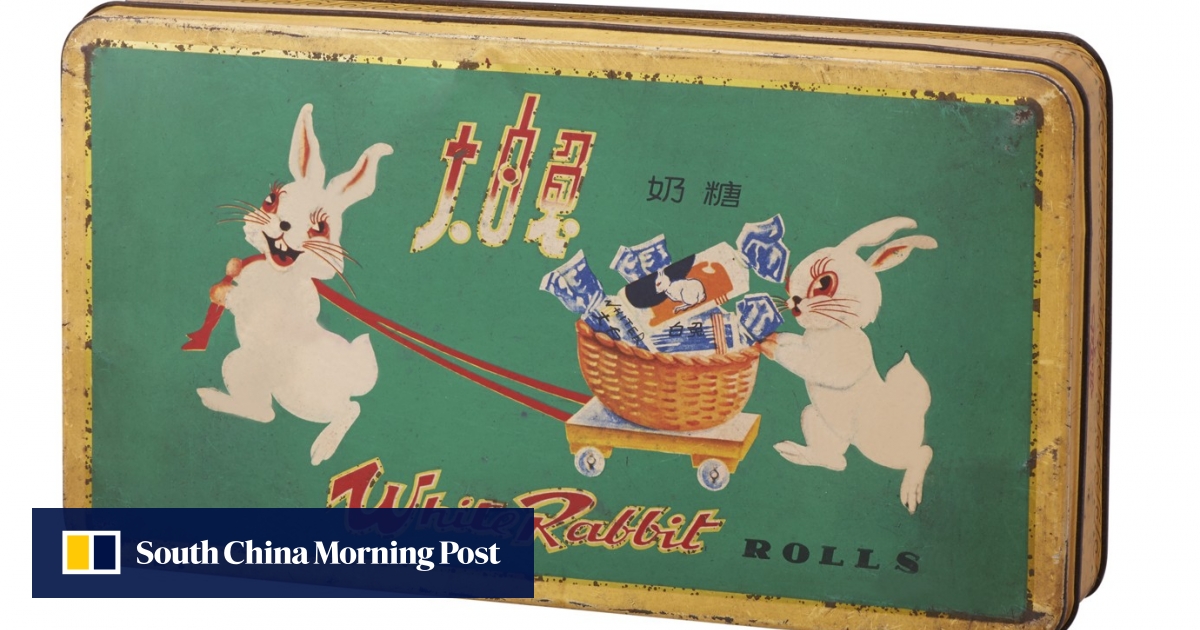 After first appearing in the 1940s, the candy’s iconic branding and edible rice paper wrapping gave it a special place in China’s collective memory and history. They are now exported to more than 40 countries worldwide

Funny, I have got some at home right now. The wrappers are classic.

In the past I would track down the latest flavors when I visited Shanghai. My all-time favorite was corn, followed by tomato.

I remember this being the first true Chinese candy I had growing up. I also grew up with Botan and Sugus, which I never realized were Japanese and Swiss respectively until years later. White Rabbit was the gross candy that my sisters and I didn’t like.

White Rabbit was the gross candy that my sisters and I didn’t like. 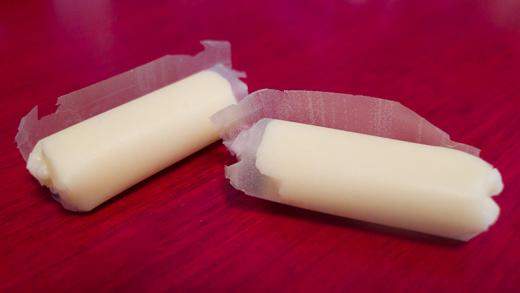 Here is a recent flavor which was a little disappointing. 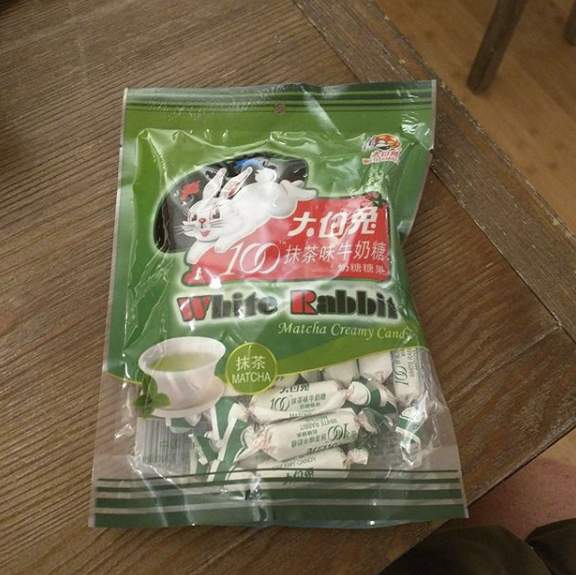