It’s been mentioned, but a dedicated threat might be a good idea. I’ve been to Ernesto’s five or six times since it opened. The food has been consistently very good to excellent, and they now have a liquor license (huzzah!). The service has gotten somewhat worse - less friendly, less efficient - over the years. I at first attributed the chilliness to the pandemic, since everyone was on edge. But our very young server struck me as kinda snotty and brusque. And the pacing of courses is really crazy. Our first two apps came out after a normal amount of time. We didn’t receive our third app and main until more than 30:00 later. Desserts took about a millisecond to arrive, because (as a nudgy visit from the host made clear) they were ready for us to be gone already. The place was about 3/4 full; it’s not nearly as in-demand as it used to be.

Tostas de gambas - I still love these; Bacalao en salsa verde - excellent except that the sauce was too starchy. I blame the flageolets, and maybe they should have been added closer to serving time; Ham and potato chip mountain - this is H’s entire reason to go there; And both salads. Because my friend ordered two salads as her meal. I can’t even with this woman; Flan - spectacular and miraculously light; Cheesecake - good but too dry

I didn’t see the bill, because Salad Sister was paying, so I’m not sure what my martini cost, but it cannot have been cheap. That ham and potato chip mountain is up to $26. 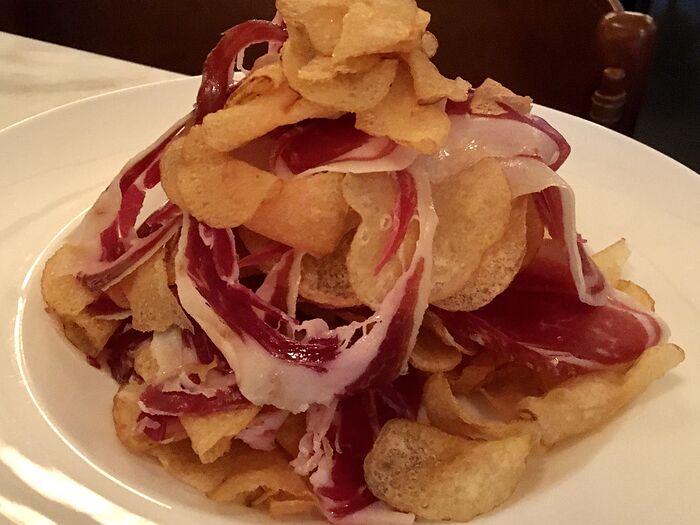 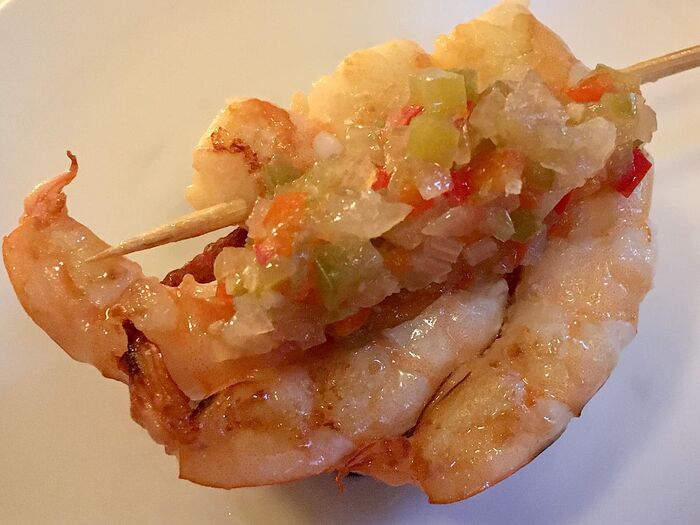 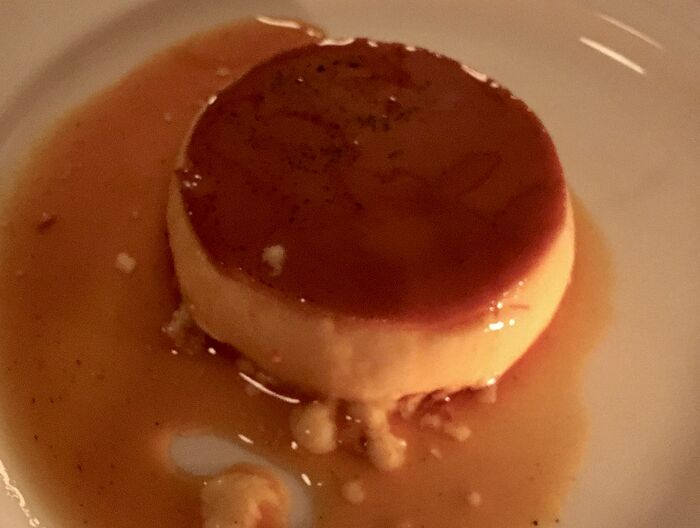 Yikes! (This to the $26 plate of ham and chips, delish agreed.) I noticed the more rather unfriendly service the last time I was there as well. To be fair, they were rather teeming that night (haven’t been back in a while). It’s a shame because although the food (I’m familiar with mostly the cooked dishes) is really good, I was totally seduced by the friendly and helpful waitering I got the first couple of times I went. And it’s great for a group who eat variously.

If I lived nearby, and the food was a little more reasonably priced, I’d probably eat at the bar many evenings, especially now that they have a license…if the waiters were still nice!

I waited to reply because I had eaten there right before you posted, and I was pretty disappointed vs expectation (and hype).

It was empty on a Monday or Tuesday, I forget which. One large table celebrating something, maybe two others occupied, and a couple of seats taken at the bar (zero when I got there).

My cocktails were excellent, though the sangria my friend had was very tart / not balanced. We ended up staying at the bar, and the service was excellent – the bartender was attentive but not intrusive, and fired our meal in stages, asking us before he put in the mains.

We were also a bit disappointed (but not surprised) by the lack of vegetable choices. (The iceberg salad ordered by the folks next to us looked straight up unappetizing, so we were saved.)

Needless to say, I’m not rushing back.

Apologies in advance for this novella.

As @ninkat noted, one of the great (former) strengths of the place is the service. I live nearby, and I walked in on the first night they were open. Naturally, they were slammed, not a seat to be had anywhere. I told the hostess I was glad they were so busy, and I’d be back when things settled, and she took it upon herself to cruise the bar, looking for someone who might be almost done, in case I wanted to wait. I did, and I got a spot in about 5:00. You can bet I’ll return for that kind of courtesy.

I made a couple more solo trips - same treatment. And a couple of reservations to eat there with H - ditto. And then we went during the great winter outdoor dining experiment. It was cold, and all the heat lamps were for some reason inside the dining room. I asked to have one brought out, and the servers were pretty grumpy about it, like it was a lot of trouble, and someone might trip over a cord, etc. So that meal was not nearly as pleasant. Then I took friends to the cafe for lunch. The food took forever to arrive, and the tortilla wasn’t available because “the guy who makes them didn’t come in today.” No one else understands omelets, I guess.

And then there was this past visit. I still like the food - I’ve never had the stuff that @Saregama disliked, and maybe I dodged a bullet with the tortilla! Anyway, it’s sad if this downhill slide doesn’t reverse itself.

If I lived nearby like you, I’d stop in for a drink and a bite again. But as a destination, probably not.

Yeah, it’s too risky for a place that is (for me) closer to special occasion than every day.