Looks like the former Ursino (on the edge of the Kean Univ campus) has gotten a reboot–and by folks who have some legit experience. I went to Ursino a couple of times and was impressed by the setting and some of the food; hopefully this new chapter will be a successful one! 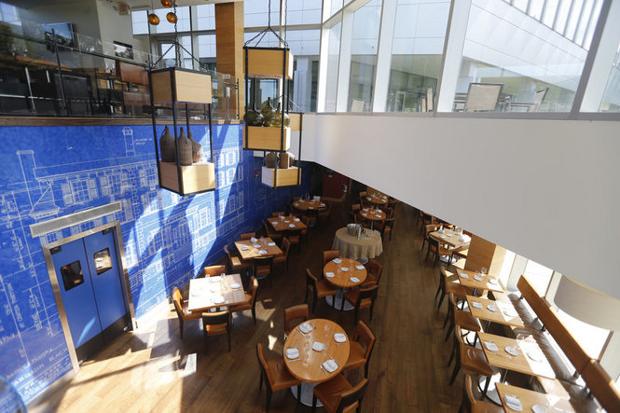 This terrific N.J. restaurant is located in the most unexpected place

A farm-to-table spot in Union County is actually a makeover of a restaurant that closed last year.

We had dinner twice at the former Ursino. The food ranged from very good to excellent. Gorgeous interior space and lovely ambiance. However, service was not as well-honed as it should have been.

I’ve been receiving emails about this reboot. I noted in the linked review that the original chef has been replaced, and the new chef is taking the menu in an entirely different direction, i.e., Italian. I can’t say that thrills me. But I’ve generally found Cody Kendall’s reviews to be on the mark, so the fact that Enoteca Ursino receives 3 stars makes me feel it’s worth a try.

Very recent review of the “new” restaurant. As mentioned elsewhere

There’s a bunch of ‘coming soon’ listings on their event page, so I suspect this is VERY recent. Anyone have intel?

Have been to there twice to eat at the bar. It’s a cool spot but not a pop in kind of place, and once in you’d never think you were 3 miles from Newark Airport. The problem is that staff turnover will keep this place, as it did the other incarnations, a service challenged establishment. There is a $13 dollar “wagyu” Tavern Steak Frites that is a bargain and tasty, but for all the big ticket passable items, you’re left with the feeling that it is served by the same people who ladle up the Kean students their cafeteria fare, and some of the luster fades.

Ugh. But thanks…I did ask! It was a lovely space and I was surprised that it never really got off the ground in its original iteration.