http://elliottbaybrewing.com/ They also have locations in Burien and West Seattle.

Second time we’ve eaten here and really like this spot. It’s big but divided up into several different area. Lots of kids which is nice and plenty of folks up at the bar. (BTW, it’s beer and wine only, no spirits.)

Today Bob and I shared

These were the thinnest cut waffle fries we’ve ever seen in a big paper cone. (no pix today) Both of the dips were great.

The buns were slider size but there was A LOT of meat on them. So so flavorful

which he said was super.

I remember the last time we were there we had these wonderful little shrimp balls. Bechamel sauce and finely chopped shrimp, in panko and fried. There menu changes regularly.

Since they’re a brewery their selection is LARGE.

I highly recommend this place. Oh, and there’s a big parking lot in back.

Back here today. I think it’s good ? that it’s so close to our place. I believe this was our fourth time here having different things every time and everything has been SO good. Today we shared fish and chips. Here’s how the menu describes them: Half-pound of Alaskan cod fillets dipped in our house tempura batter
made with Luna Weizen and seasoned with garlic and basil.
Served with lemon, tartar sauce, fresh citrus cilantro slaw and seasoned fries

The fish flakes apart into big chunks and is perfectly cooked. We shared this and they split it for us which is such a nice gesture. Looking forward to many more visits here. (Photo is of half the order.) 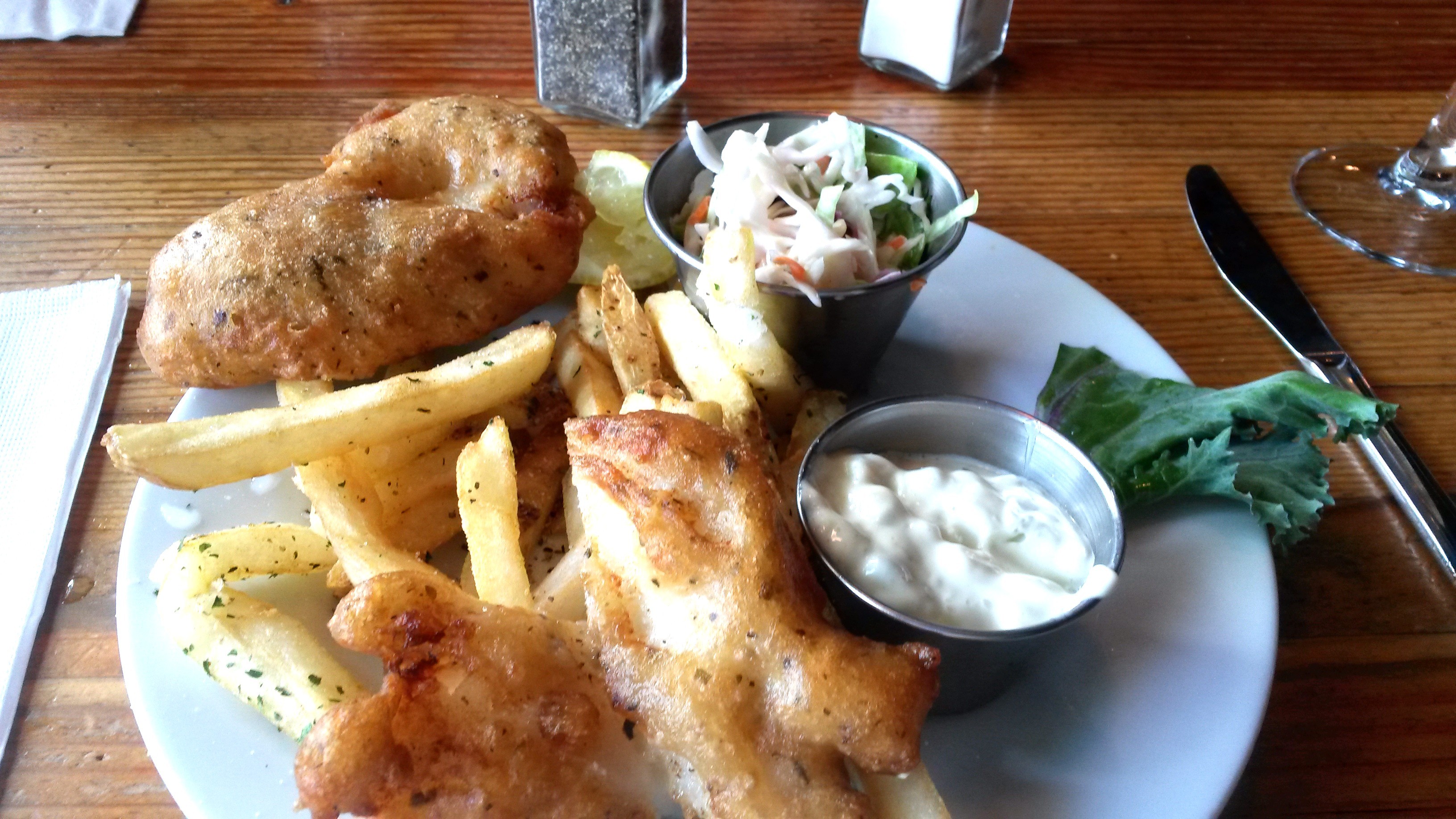