Egg Substitute for Vegan Baking - What Do You Use?

I have googled this, and tried applesauce plus baking soda. My apple muffins came out flat.

Althogh the basketball team chowed them down (because they are hungry teenagers?), I would like to finesse my vegan baking skills for next time.

What egg substitute works for you when baking vegan? Thanks! 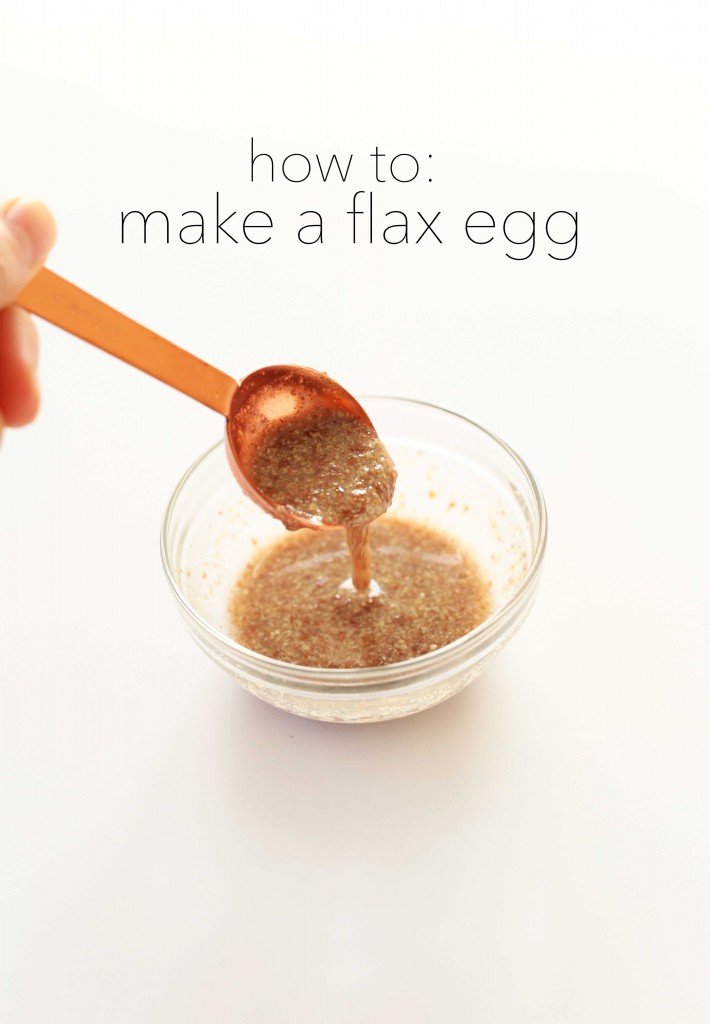 How to Make a Flax Egg | Minimalist Baker Resources

A step by step tutorial on how to make a flax egg to use as an egg substitute in baking.

Thank for the link. Have you tried this method? Eggs provide rise in baked goods, and I am trying to imagine if this would work.

I’ve never tried it but know many who find it works for them though I imagine other ingrdients might be adjusted to make it work best.

It’s worth a try, thanks! Can’t possibly turn out flatter than my muffin “biscuits”.

Flaxseed plus water will do it. Made many a vegan baked good with it.

My wife uses canned liquid from chickpeas as substitute for egg whites. You need to add sugar, cream of tarter, vanilla or almond extract and beat until stiff peaks but she makes all sorts of desserts is way.

For more forgiving baked goods like quick breads a flax egg is fine, Ener-g egg replacer has been around since forever and is great for other baked goods like cakes and such. You use a tiny amount so one box lasts for almost ever. Bob’s red mill also makes an egg replacer for baking which i haven’t tried yet (since i still have at least a year worth off ener-g left! ) but i trust bob’s with everything for baking.
http://www.ener-g.com/egg-replacer.html

A mucilage is what things like flax and okra produce. Starch can be used to make a mucilage too. I’ve tried corn starch and tapioca starch, it takes around a tablespoon per cup of water for that consistency, or you can make it thicker, like papeda, by adding twice as much starch. It has to be stirred into the unheated water until blended (which looks like milk), then heated and stirred continuously until it thickens (gelatinizes), which is at around 170°F. The tapioca starch is better for refrigerating or freezing as a mucilage, because the cornstarch will separate from some of the water when chilled (unless it is ‘modified cornstarch’). By the way, googling “egg substitute starch” will list others that are used for this. I haven’t really used it this way, but it’s obviously similar when you see a clear thickened liquid like that.

That post was created too long ago. It can no longer be edited or deleted.

—oh excuse me… what’s the point of that? It always happens after I wrote something else, not before, so I think it’s designed to pull the rug out from under me.

Where was I? Well I guess if you were using applesauce, then maybe that was for a yolk replacement, while the mucilage would be for an eggwhite consistency. Not sure though, I’ve never really baked with eggs, so I have no basis for comparison.

That post was created too long ago. It can no longer be edited or deleted.

—oh excuse me… what’s the point of that? It always happens after I wrote something else, not before, so I think it’s designed to pull the rug out from under me.

Please note that each post in HO has an edit time of 1 hour after being posted. After that, contact a moderator if you need additional editing of your post.

What's up with the short fuse for editting? Site Discussions

We’ll settle on 1 hour edit window after submission with edit history available to staff. I think that provides the best balance between flexibility for people to proofread and edit their posts, and holding people accountable for their posts. Further edits will have to be appended to the original post via a new reply. Thanks all for your feedback.

What are they trying to hold me accountable for… not setting an egg timer here?