Yesterday I noticed this place is FINALLY open… has anyone tried it yet? Very excited to have an option here in Oakland instead of driving down to Fremont area.

Luke Tsai in SF Eater on the spicy dapanji chicken, noodles and vegetables at Eden Silk Road in Oakland:

The highlight of our takeout order was the dapanji , or Big Plate Chicken, a hearty Xinjiang dish that cooks of the Uyghur ethnic minority in that region have really gotten down to an art form. Eden Silk Road’s version features big chunks of meaty, bone-in chicken, soft stewed potatoes, and wonderfully chewy hand-pulled noodles — all very lightly tossed in a savory, chile-laced gravy that makes the dish nearly impossible to stop eating. 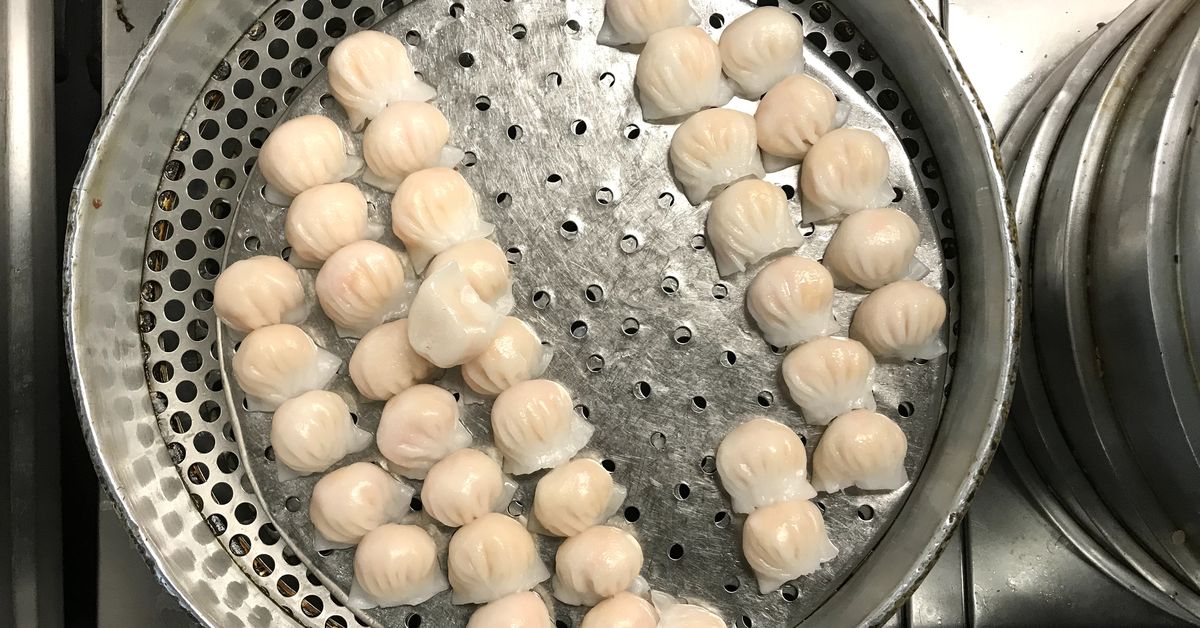 Mining the latest dining gems SF has to offer 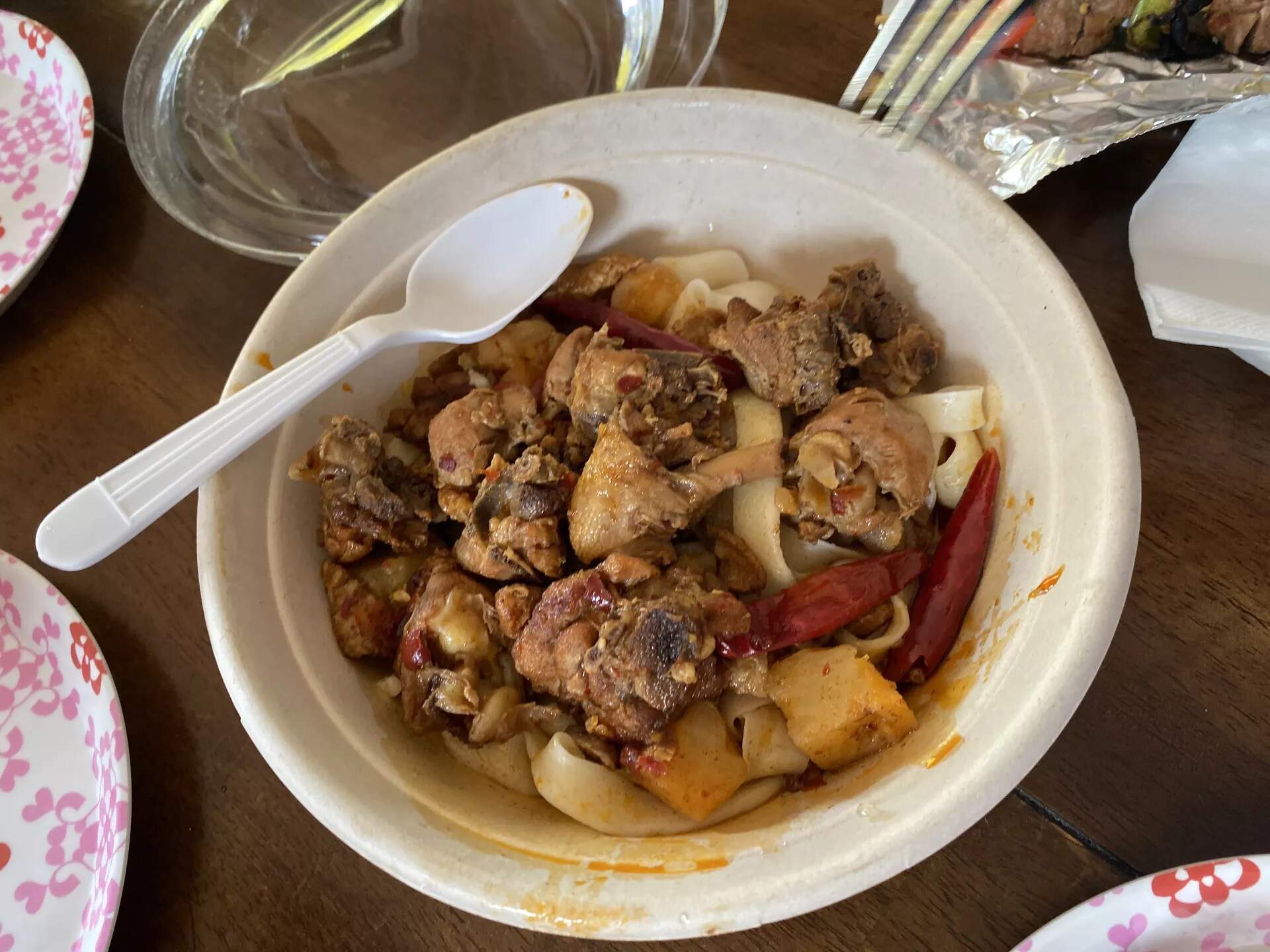 I had the opportunity to check out Eden Silk Road in Oakland a few weeks ago for lunch, then had a dinner at Sama Uyghur in Union City a few days ago. I preferred the goshnan at Eden; but that’s my own personal preference… I found the juices / oil from the meat filling caused the version at Sama to get a bit soggy & it started to fall apart while Eden’s was slightly dryer. I think the samsa was a pretty close tie. But if you are like me and looking for the lamb skewers, Sama is way better. Eden’s reminds me of what you typically see at festivals, small & dry on the bamboo skewers although it did have some onion & bell pepper. Sama’s came to the table… well the photos I attached should show the difference. 1st one w/ the foil is Eden’s version. Also, Sama’s skewers were double the size. 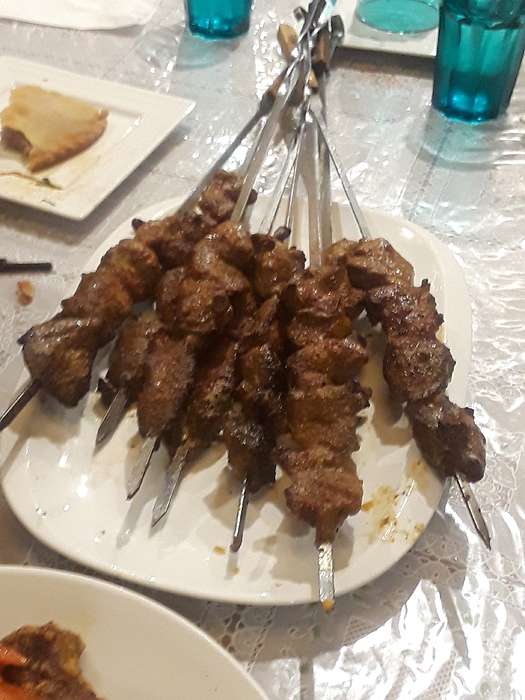 nice report. Do you remember the prices of lamb skewers at Sama and Eden Silk? 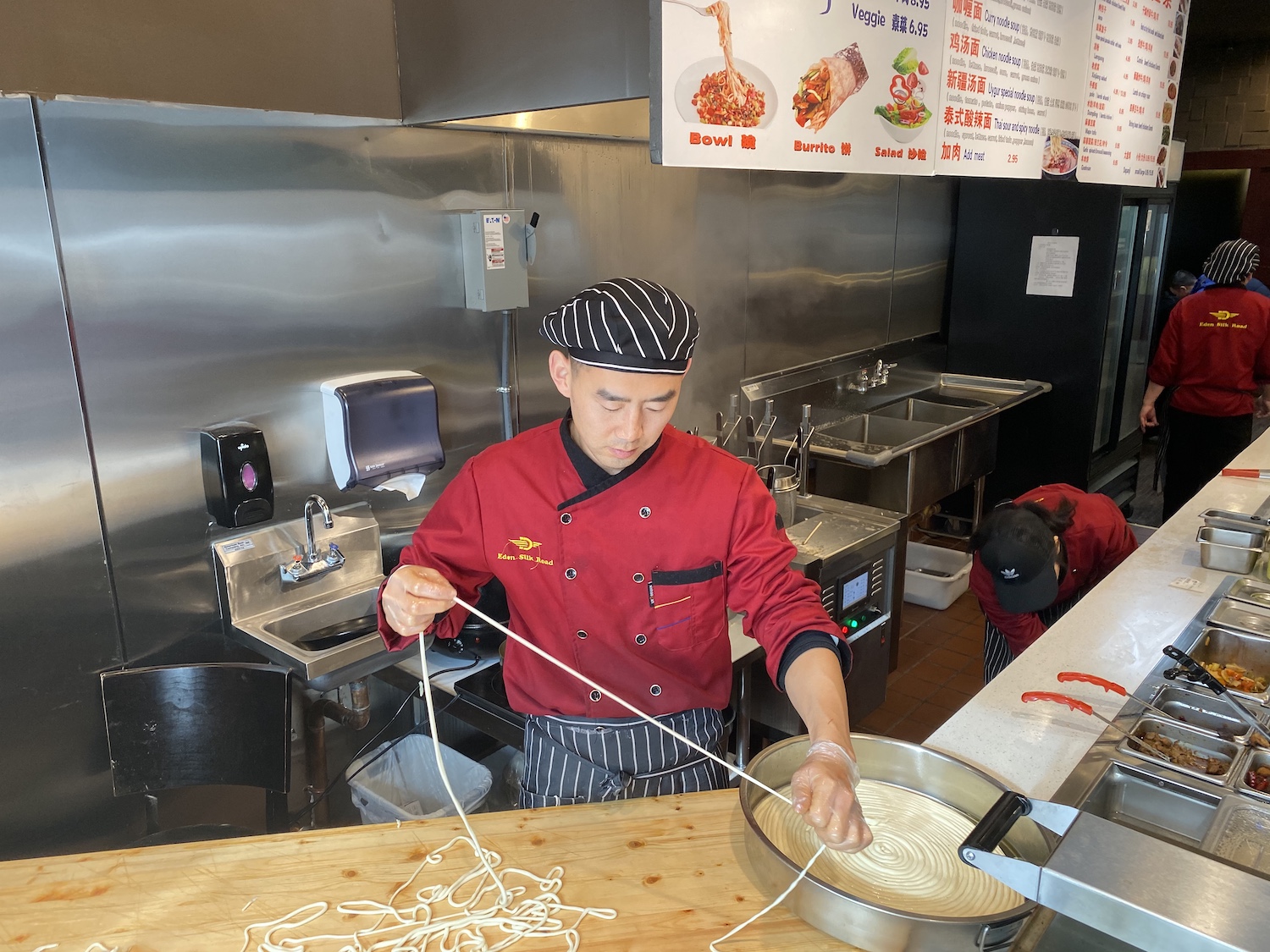 The Chinatown restaurant specializes in Chinese halal and Uyghur dishes, such as lamb kebabs and handmade noodles.

The Oakland outpost is more of a fresh noodle concept than its other locations. Each batch of noodle dough is made in house — rolled, stretched several times, and later pulled by hand. The process is on view at the front of the restaurant, where workers expertly yank strings of rounded noodles to be served in dry noodle bowls or noodle soups. 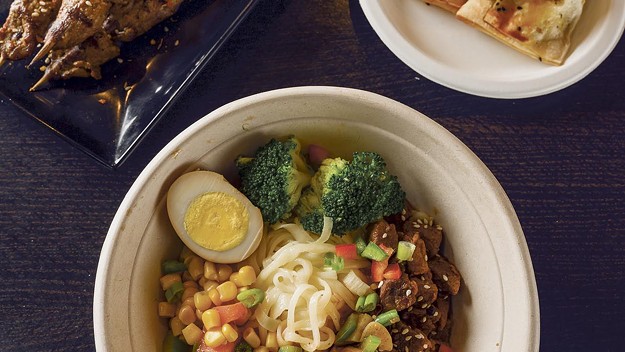 Drawing from Turkic, Central Asian, Middle Eastern, and Chinese influences, Uyghur cuisine is like none other.

…
After ordering at the counter, a noodle maker will uncover a spiral of dough and pull it, bit by bit, into a long, thin round strand, then wind the noodles around both hands and slap them against the counter. The noodles are briefly boiled, then dressed with your choice of meat — in my case, lamb — stewed veggies, a marinated hard-boiled egg, and raw toppings including lettuce, corn, and pecans. The noodles, unlike any other hand-pulled noodles I’ve tried, were the star of the dish: chewy, springy, and firm, with a delightfully silky texture. I also enjoyed the lamb, which was fragrant and tender. The stewed potatoes, string beans, mushrooms, and celery all soaked up the meaty, cumin-laden gravy quite nicely.
…
To round out your meal, try the succulent lamb kebabs, which are skewered on impressive rustic-looking, pointy red willow branches imported from Zulpikar’s hometown in Xinjiang. The moisture from the wood, he said, helps to keep the lamb juicy, as does a 24-hour marinade.
…