I wish I had time to eat at this place when I recently visited Waco, I’m a sucker for old school eateries. 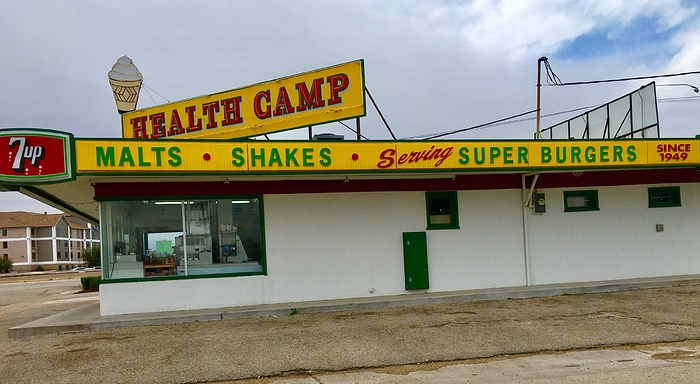 As it is I had a decent omelette at World Cup Cafe, but no refills on my cuppa. 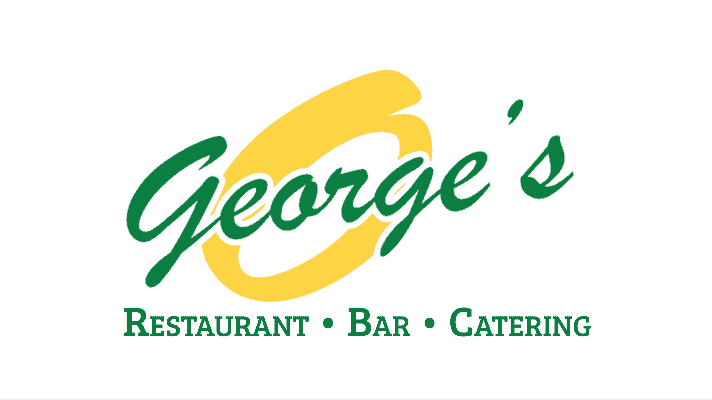 A Waco institution dating back to 1930, George's is proud to offer our customers an experience they deserve by giving them truly personal service, great food at an even better value and the coldest beer in Town!

And lunch at Cricket’s Pub, a large boothy hopsy eatery. The salad was good if a bit small. Darn this diet.
http://www.cricketsgrill.com/ 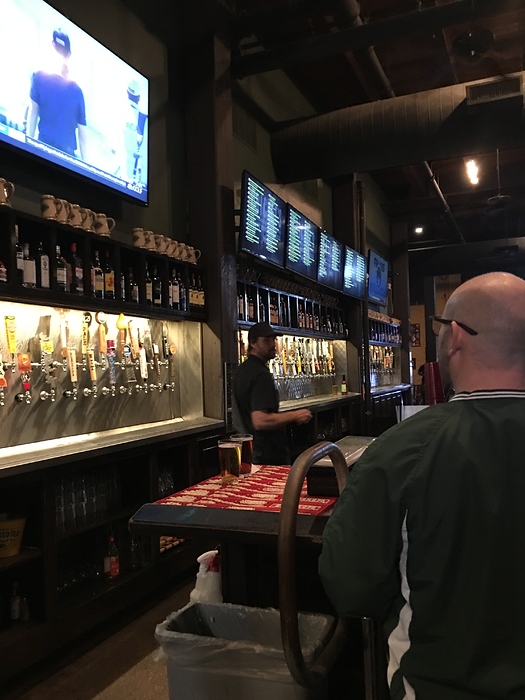 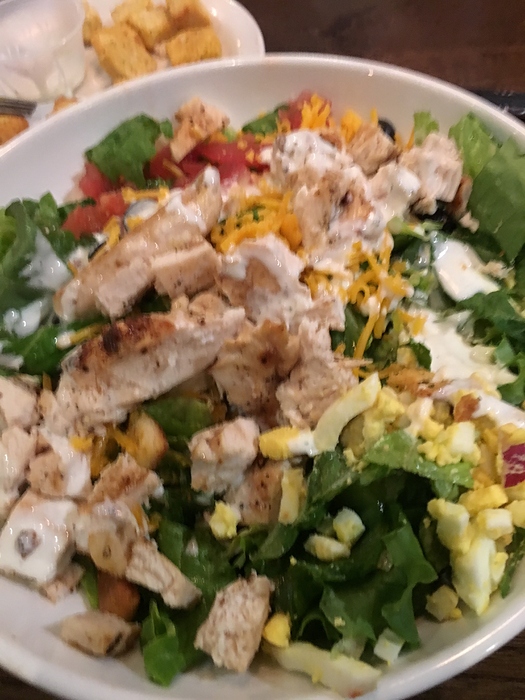 Also, Magnolia Silos is a zoo. This was the line for Silos Bakery Saturday afternoon. It wraps around the building.
https://magnolia.com/bakery/ 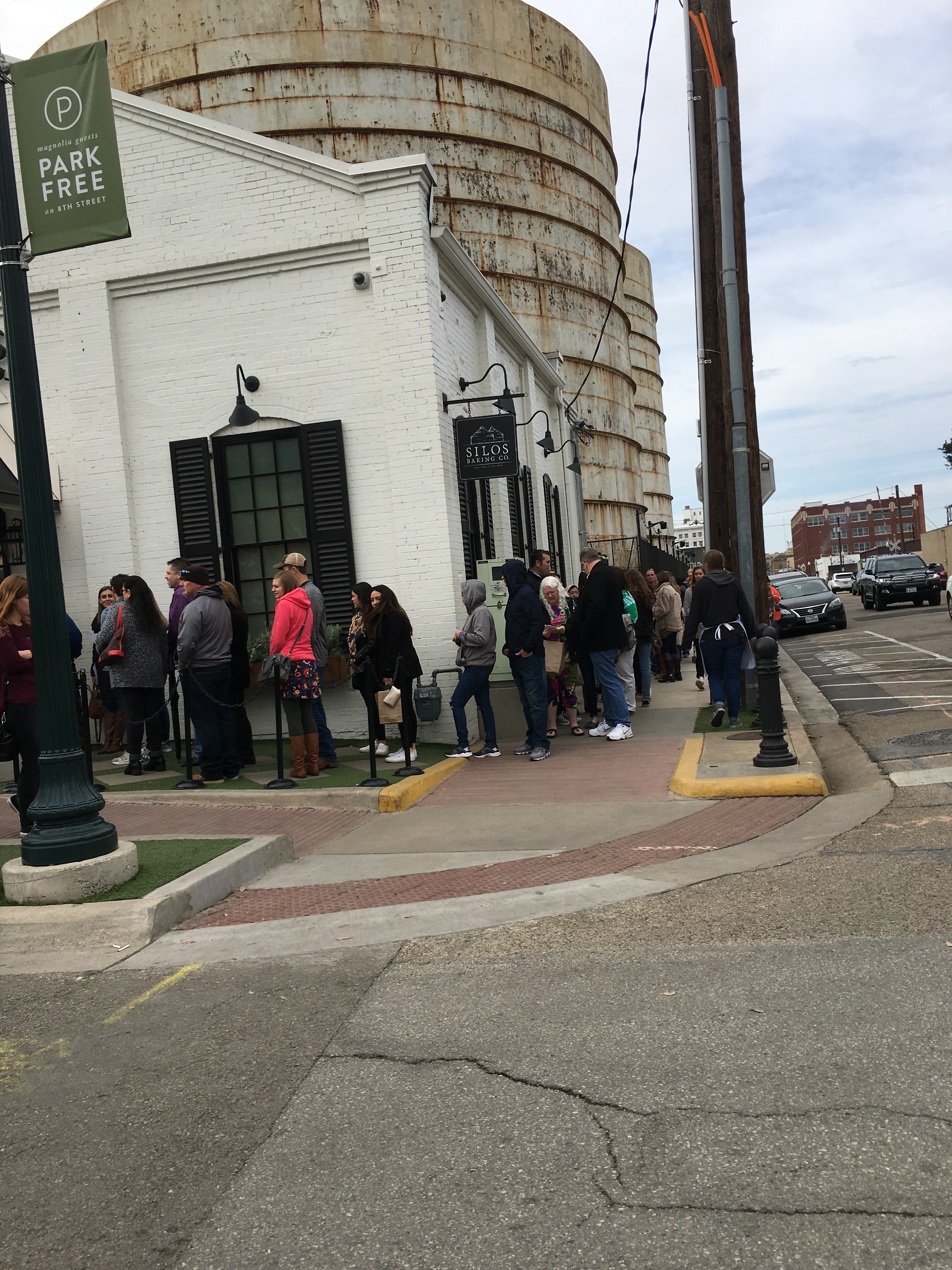 That is all from the road.

I wish I knew about Health Camp when I was in Waco back in the n 80’s for an air show, my first and only visit.

The British Airways Concorde was there, in Waco!!!

They were offering rides for nearly a billion dollars, in 80’s money!

Man that sucker was loud and excuse all the exclamation marks but the Concorde, in Waco!!! 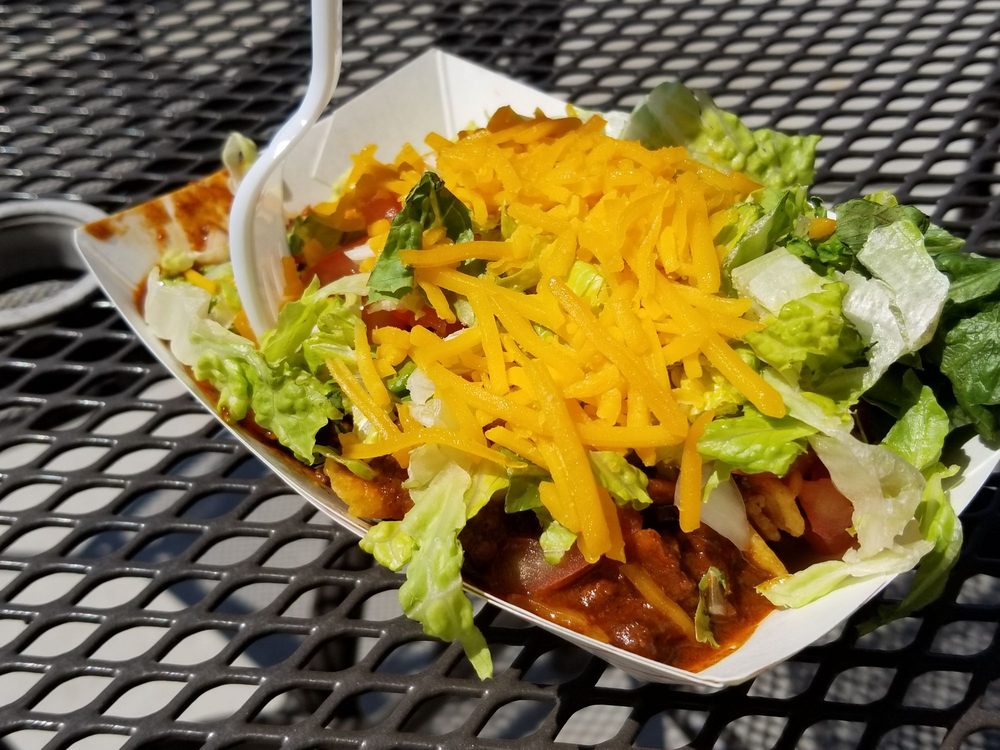 Yeah, it’s been there sine '49. I miss the Concord. It must have been at an AFB? I have only been to Waco once also, and had a few hours only to look around. Things have changed quite a bit since I was there sometime in the 1990s.

The locals also love the two George’s and it was oft recommended. There’s also a Korean place called Kitok that supposedly has good burgers! Twisted Root was mentioned as well. And Schmalze’s which is Waco’s answer to Schlotsky’s. The steakhouse is at Diamondback’s.

Waco is on the cusp of a new era thanks to Chip and Joanna Gaines. It is now a bona fide tourist destination and lots of folks are hopping on the Fixer Upper train and opening antique and home decor stores. Even the Baptist Church across the street from Magnolia is seeing a profit selling
parking spaced for $10 on weekends. There is quite a lot of free parking but that even gets full.

There’s also a large food truck population that flocks to the Magnolia area but are scattered about the downtown area.

Lots of residences are being built also. Good for Waco. Even the old massive high school is being converted to apartments.

Interesting visit to their spacious convention center and city.

The air show was at James Connally AFB closed in 1968 and now operated by a local college.

James Connally Air Force Base was a United States Air Force base located north of Waco, Texas. After its closure in 1968, the airport reopened as TSTC Waco Airport. The airport opened May 5, 1942 as Waco Army Air Field and was the headquarters of the Army Air Force Central Instructors' School during World War II. It was deactivated after the war in 1945 but was reactivated in 1948 as a pilot training base under the Air Training Command. Waco Field was renamed for Colonel James T. Connally who ...