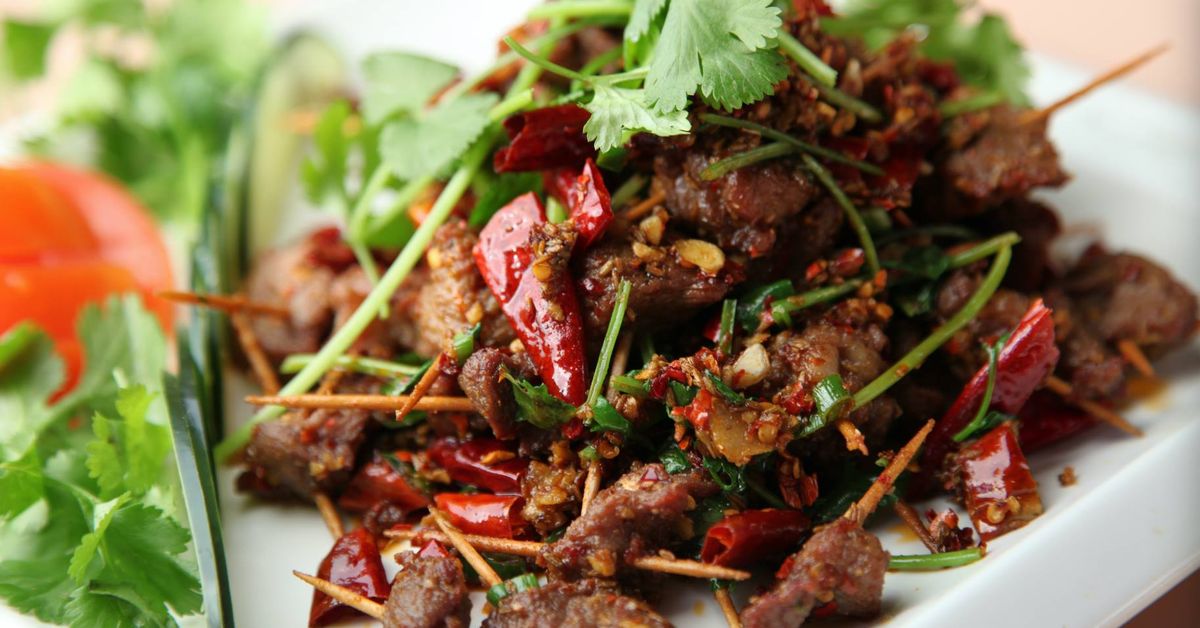 From handmade dumplings to Sichuan classics

Imperial Soup looks like a basic hole-in-the-wall at first, but its menu is perhaps the most unique in the whole East Bay. The restaurant focuses on traditional double-boiled soups with unusual ingredients like deer antler velvet, intended to impart healing benefits. Other mild, health-minded dishes fill the menu, like rice steamed in lotus leaves and noodle soups.

Any opinions of Chan’s Kitchen or Baby Cafe?

Luke on their “rice cube:”

Chief among these is the cafe’s signature “rice cube” — a bowl’s worth of rice molded into the shape of a hollow box, scorched until all of the exposed surfaces have turned crispy and golden-brown, and then topped with chicken curry ($12.95) or beef stew ($13.95). The thing was somewhat awkward to eat, especially with the addition of a lettuce leaf that helped the structure maintain its sog-free integrity but felt superfluous unless you are a person who likes to mix salad into your beef stew. But the crispy rice alone was worth the price of admission — like the gloriously toasty crust that forms on the bottom of a stone-bowl bibimbap . 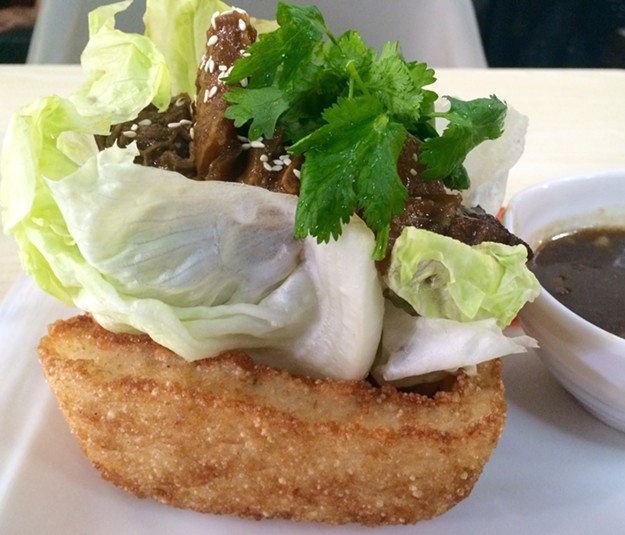 Slowly but surely, Oakland Chinatown’s empty storefronts have started to fill up — but almost exclusively with a new wave of bubble tea shops with...

Luke on their “tea time” menu:

But the rice rolls with beef stew, which will only set you back $4.50 during tea time, were low-key amazing. A substantial portion of it consisted of the soft, gelatinous tendon (the best part of any beef stew worth its salt), and the mini rice rolls soaked up some of the sauce, like chewy, tube-shaped noodles. The rest of the menu is just as appealing: Fried shishamo (aka smelt) for $2.50? Hong Kong-style milk tea for $2? Yes, please, and thank you. (L.T.) 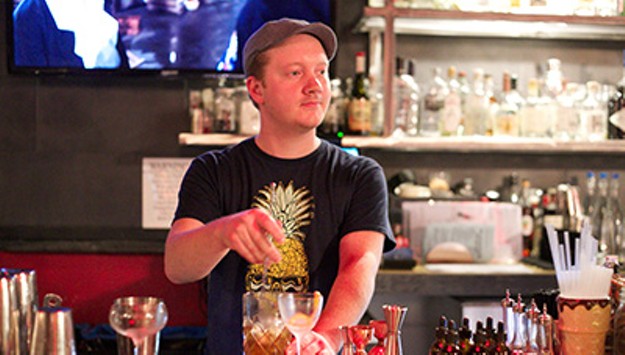 Get Bourgie on a Budget With These 20 East Bay Happy Hours | East Bay...

From afternoon tea to waterfront dining, ball out without throwing down major bucks.

Does Eater not consider the cities between Oakland and San Jose a part of the East Bay? They mentioned the Alameda branch of Baby Cafe, but not their Union City branch. The East Bay is more than just Oakland and Berkeley.

Also misses the 680 corridor (though admittedly nothing there in my experience bests what’s already reported in the list, maybe something in Dublin/Pleasanton)

San Leandro and Hayward certainly form a big chasm between Oakland and the density of quality places in the “J” from Union City to Cupertino. Exceptions might be Veggie Lee in Hayward, which Luke Tsai covered for the East Bay Express, and possibly Xiang Yuan Xiao Long Bao which would enrich the lack of any Shanghai places on the list.

Best of Chinese in East Bay without a place from Fremont? Laughable but understandable as one can only assume that they’ve never set foot south of Oakland.

What’s your list of 23 top Chinese restaurants in the South Bay and Southeast Bay?

Baby Cafe website and with locations in Oakland, Alameda and Union City (as Kao mentioned) and, “coming soon,” new locations in Emeryville, Newark and Hayward.