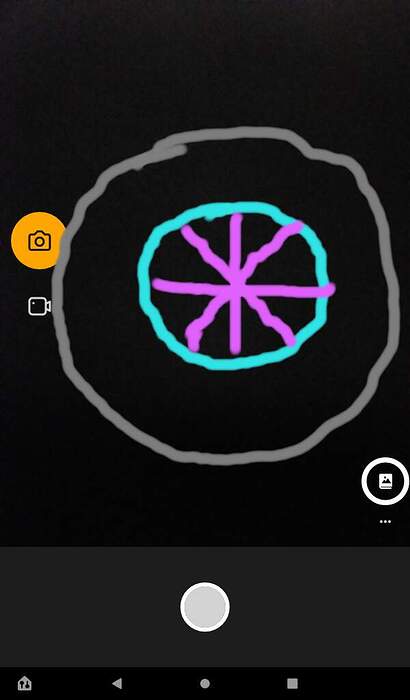 This concept has legs. Consider also meat fillings, spinach/cheese, etc. Thanks for sharing and for your effective effort.

An early tale of holiday cooking woe:
A rolled pastry round from TJ’s was thawing in the fridge late yesterday afternoon when the power went out. My neighbor, who apparently is a Bolsonaro wannabe, was having MANY 100ft + tall pines removed, and branches damaged the wires. My house is all-electric, so was quite cold by the time they were repaired. I then opened the fridge and put the pastry cylinder on the counter. It was midnight when I tried to unroll it. It cracked all over but I reassembled it, pressing it together. Because the apples were already peeled and sliced, I proceeded to construct the ring, as the seams came apart. (I am the only one who’ll see it so not too tragic.) Only when finished did I realize I had failed to remove the piece of plastic in which the dough had been wrapped. I should have made space in the freezer to firm it up until it could be easily moved to a parchment-lined sheet pan but it was already 2:30 a.m. The joins all gave out as I cut the plastic and wriggled it free, so I used a large pie pan instead. It looks awful but tastes good. Beneath the apple slices are granola and Solo almond filling, over them a drizzle of dark maple syrup (which leaked out from countless cracks). Lessons learned, but it will be some time before I tackle that second dough cylinder!

As Eve Ensler said: Some days you just can’t roll your eyes back far enough. So sorry that this happened - sort of tragicomic, right? Glad that it still tasted good.
I once made a chocolate decadence cake which was well-received until one of the guests commented that I had forgotten to remove the parchment paper from the cake!