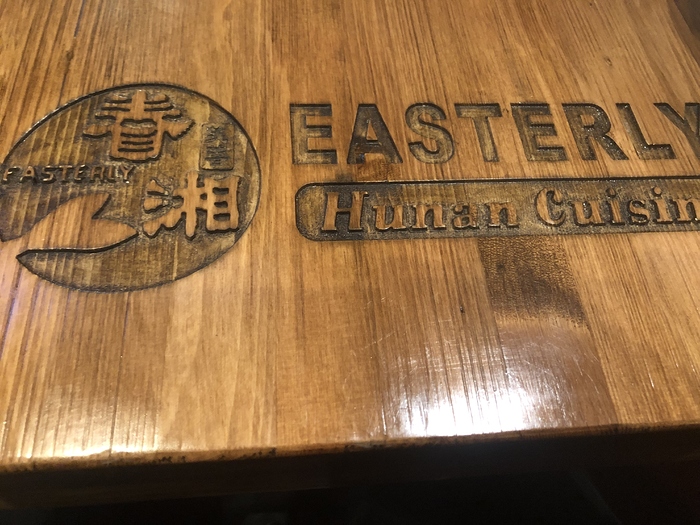 fullsizeoutput_1400.jpeg4032×3024 2.75 MB
Easterly opened on Center Street in Berkeley this week. I walked by yesterday evening and it was nearly full and stopped by tonight, filling up the last table (though they do have bar seating that remained empty), so this place is already trending in popularity. The crowd seemed to be mostly young Mandarin-speaking students spread over a few larger round tables, mostly 4-tops and some 2-tops.
The menu appears to be the same as the one from the Santa Clara Easterly
https://www.beyondmenu.com/47649/santa-clara/easterly-santa-clara-95054.aspx?utm_source=satellite&utm_medium=menu_group?pk_vid=16cb357d980f77481557292248dcf1f3#group_2309827 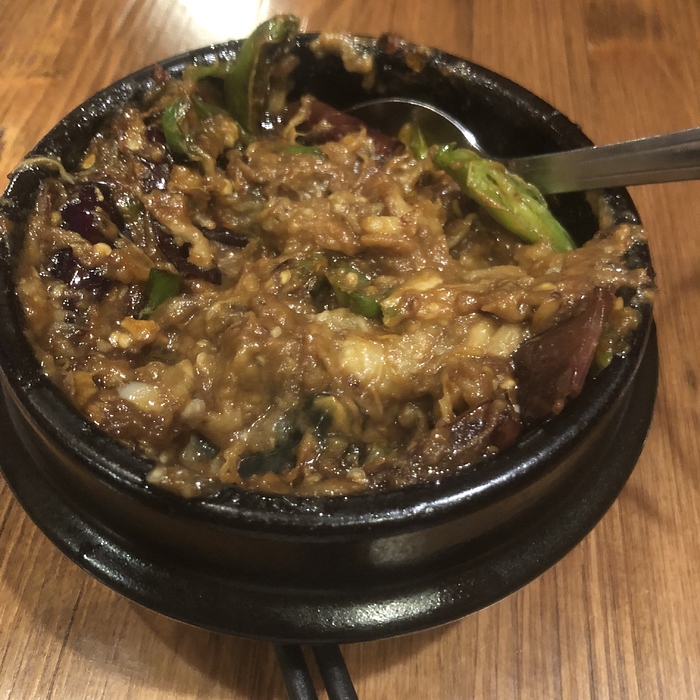 IMG_1594.JPG3024×3024 1.81 MB
I ordered the Smashed Green Pepper, Chinese Eggplant & Preserved Egg which was marked with 3 chili peppers on the menu and was spicy, but not terribly so–I didn’t even need to eat the rice I ordered to tame the heat in between bites. I enjoyed this very much–the heat from the chili oil helped meld the flavors of the peppers, eggplant, and thousand year old egg. While mostly soft, with fully softened eggplant there was still a nice textural balance with charred green peppers and century egg slices. 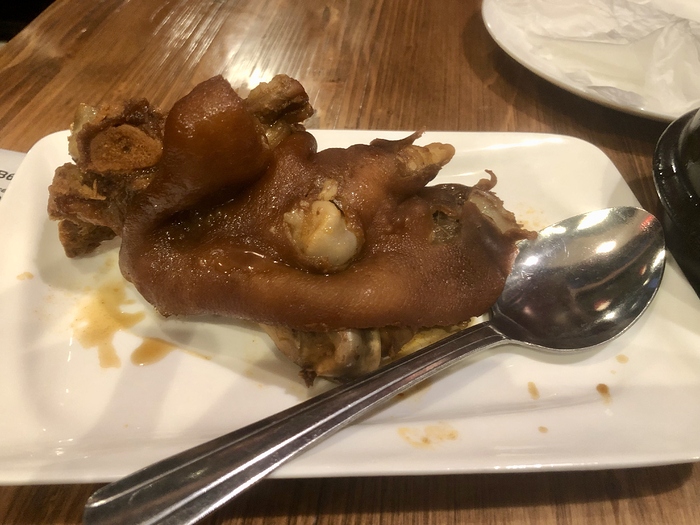 fullsizeoutput_1401.jpeg4032×3024 2.25 MB
I also ordered the Marinated Pork Feet (1/$3.99) which was served with disposable gloves to easily pick up and gnaw on the bones. I’ve had pork feet with a bit of a gamy flavor before, but these didn’t have that. They were fatty and porky with a 5-spice type broth. The connective tissue had a toothsome bouncy type texture rather than completely gelatinized.

I’ll definitely be back to try more of the menu, though it might take some time to make my way through as my co-workers are the type to avoid either spicy food or places that have intestines on the menu. A yelper reports a “Berkeley special” at lunch, that includes, according to her, "stir fried pork/beef with pepper, stir fried tripe with Youxian smoked tofu, and stir fried smoked pork with dried radish. They come with rice and sides of mapo tofu, Napa cabbage, and a fried egg. " which might be a good way to get a more balanced meal for one without a ton of leftovers. And mention of the smoked tofu reminds me that the interior smelled like smoke and it might be a good place to try the typical Hunan smoked meat and smoked tofu dishes.

Is this related to the Easterly that’s coming soon to Cupertino?

Some designs on the Berkeley location’s menu match the original Santa Clara location, and I recall there being mention of a Fremont location that seems to have never come together. Where in Cupertino did you learn of another Easterly opening?

Thanks @hyperbowler. I used to frequent a certain other site and lurked as a viewer here for quite some time and finally decided to hop in!

It’s opening in the 99 Ranch plaza on De Anza Blvd. and has had a coming soon sign for a few months.

Thanks @hyperbowler. I used to frequent a certain other site and lurked as a viewer here for quite some time and finally decided to hop in!

It’s opening in the 99 Ranch plaza on De Anza Blvd. and has had a coming soon sign for a few months.

I thought I recognized your handle, and just browsed through some of your old posts on the “other site”

We’re very lucky to have access to your insights again, especially about the Peninsula and South Bay!

Wow, three Easterlys in about a year. Anyone know more about the company/owners? Based on @jon914’s description, the address to be on the lookout for is: