We are a couple traveling with our 12yr old to Paris. It’s my child’s first time …And our second time after a decade. Planning our meals in Paris based on the numerous recommendations in the discussions. Thought of going for Michelin 1-star lunch and 1 dinner. One bouillon experience, one steak n frites meal,
Would like to try one of the Breizh Cafe crepes chain too. They are in several places. Just thinking of how to fit it in?

Wanted to book Granite near the Louvre but slots seem full.

As it’s Whit Monday weekend, should i have to switch my sights and meals around e.g. Fri could be crowded?

Sat. (Or Versailles half day which means I will have one less lunch to plan for. Not sure if any great options near Versailles)
-Montmartre area in the morning -Babka Zana for breakfast, then lunch at Bouillon Pigalle (or skip it and go for Bouillon Julie?)
-Galeries Lafayette? Or Musee D Orsay Left Bank walk
-Dinner at Virtus. Read that the team changed. but it seemed like one of the more family friendly Michelin one star restaurant from pics. You think they are OK with a teenager in the group?

Sun
-Louvre 11am guided tour by the museum (crowded??)
Any suggestions for late lunch after?
Is Aux Crus de Bourgogne near and good option- last seating at 2.30pm?
-Late noon Champ Elysees/Arc de triumph
-Le Relais de Entrecote at Rue Marbeuf for steak and fries? Or other recommendations for steak?

Tue － leaving at 11am. Grab pastries from Ble Sucre or if Mokonuts has seats. Any good place to pack sandwich for our train ride to next city.

Have also bookmarked many boulangeries and pattisseries as we are huge fans of cakes n viennoiseries.

Is Galeries Lafayette or Le Bon Marche a nicer mall for us to do some shopping?

We’re doing the same thing in July w/an 11 year old fella. Shying away from haute and michelin starred. We’ve been to march enfants rouge on previous trips, nothing stood out as wod, but yet it was good and we think good for a family. Breizh sounds just up our alley as junior likes pancakes and I like cidre.
Might try Le Baratin depending on how it goes w/out boy, it’s one of our fave places. Most likely we’ll head to the 13th for some Lao which isnt so easy to get in NYC.
Lafayette and Bon Marche are not malls but department stores th elikes of are not seen in the usa. Both are great shopping and they have good food halls, lots of goodies to bring back, but no meat or chees unless you want to meet Mr Customs.

We dig Sadaharu Aoki for pastries doubling as art. He use to have aplace in the food hall @ Gourmet Lafayette, wherever he is is worth a detour.

My favorite for steak frites is bistro Paul Bert in the 11th. Breizh has great crepes and the resident Paris expert, Parn, has also suggested Gigi in the haut Marais. Also in that same area is the Marche des Enfants Rouges that has food stands and a really good (but casual counter restaurant) Les Enfants des Marche. 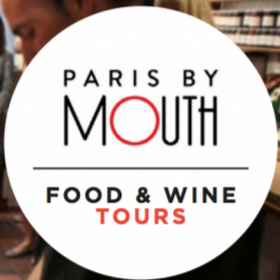 Cheese is not a problem to bring back to the US – ask your cheese store to vacuum pack it (sous vide) and then when you get home, immediately take the cheese out of the vacuum-sealed bag.

Meat, fresh fruits, and fresh vegetables are prohibited (theoretically, there are ways to get these pre-cleared, but it’s not worth the trouble). Dried vegetables (i.e., mushrooms) are not a problem.

In Versailles there is La Table du 11, which now has one michelin star. Its a nice intimate restaurant, not sure if it will be fitting for your 11 year old. But they also openend up a bistro, which I have not been to, but would assume it´s good based on my exerience with the restaurant.

I didn’t know cheese was ok, I stand corrected.

As of now there are quite a few Breizh Cafés in Paris and the two I recommend are the Odéon and the Batignolles locations. Odéon has a pretty large outdoor seating space.

Steak frites: Le Relais de l’Entrecôte is okay, the real McCoy is Le Relais de Venise at Porte Maillot, from where they all ran away with the secret sauce recipe. I’d say the original location is slightly better than the knockoffs but any Relais de l’Entrecôte will do in a pinch if you’re close by. Rue Marbeuf for instance. As long as you avoid La Maison de l’Aubrac, you’ll be fine.

It kind of pains me to see anyone travelling to France just to go to the Bouillon Pigalle, which serves cheap and sometimes quite honest food but is pretty much the opposite of a destination restaurant. I’d rather go to Bouillon Chartier in that case, at least there’s a bit of historical interest to it.
There are other options in Montmartre, B.O.U.L.O.M for instance is a far more interesting concept and serves superb food.

Galeries Lafayette Gourmet and La Grande Epicerie (Le Bon Marché) are still interesting (Le Bon Marché slightly more so in my opinion) but the prices lately have gone through the ceiling and I avoid going there, to my great dismay.

Agree Le Relais de Venise is a worthy destination, normally, but on our most recent visit the sauce was more gray than green. Hopefully that was a rare miss and the sauce is back to its mysterious, inscrutable normal. In addition to herbs we speculate it has anchovy.

Sometimes it is grey, sometimes it is greener, but in my experience that doesn’t affect the taste. At least that means they don’t put any colorings in it. It probably has anchovy, but so far no one has ever cracked the recipe. A Le Monde journalist claimed he had, gave his recipe, but he was very far from the real thing. Most reasonable comments point out that it is a melted version of the Beurre Café de Paris which has been popular in Geneva brasseries since the early 1900s. Beurre Café de Paris is not a secret recipe. It would be worth trying it.