Dumpling House in the Castro opened in August. It serves beer and wine, which is atypical for dumpling restaurants in SF, and the liquor license is assigned to the Vietnamese restaurant previously at that location, Pho 335, so it appears to be the same owners. Mixture of steamed Cantonese and northern boiled dumplings, XLB (regular, crab, black truffle; Yelp photos indicate rolled by hand in bulk instead of to order), Cantonese buns and noodles, zha jiang mian. 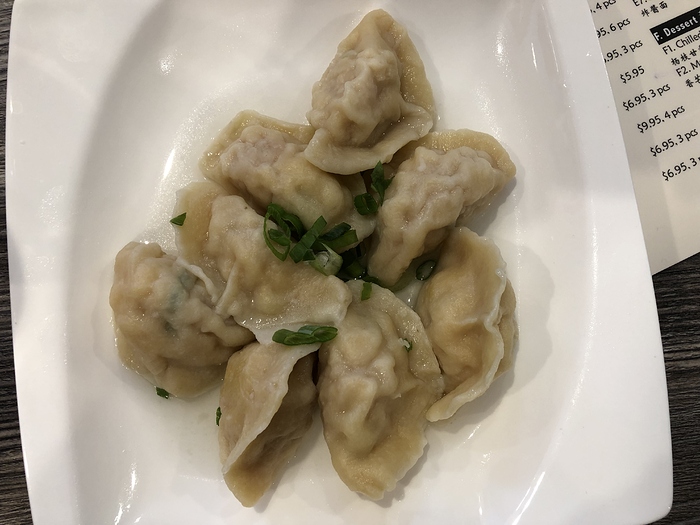 A recent visit was okay for the neighborhood, but I get the impression the stronger skills are in the dumpling makers than whomever was working the kitchen when I visited. Pork and corn jiaozi were poorly drained, and some had an undercooked wrapper. Corn inside was crisp, and for my taste, dominated the dumpling. 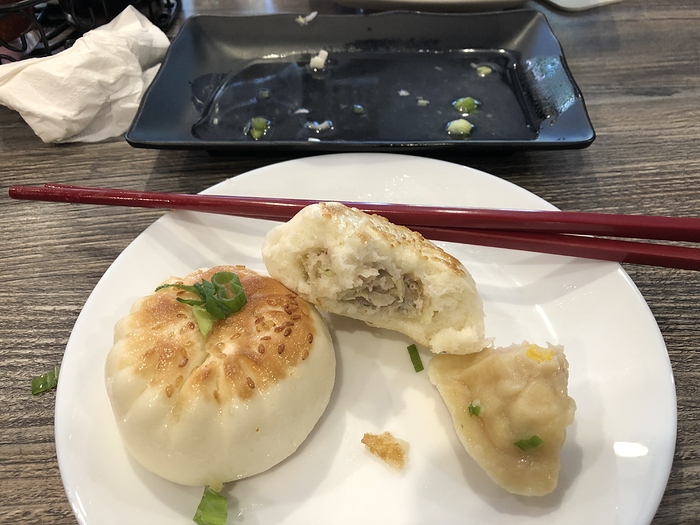 Pan fried pork and vegetable buns were fluffy and more dough than filling, but I liked them overall and thought the toasting was just right (dusted in sugar for browning?). [puddle from dumplings in top of photo] 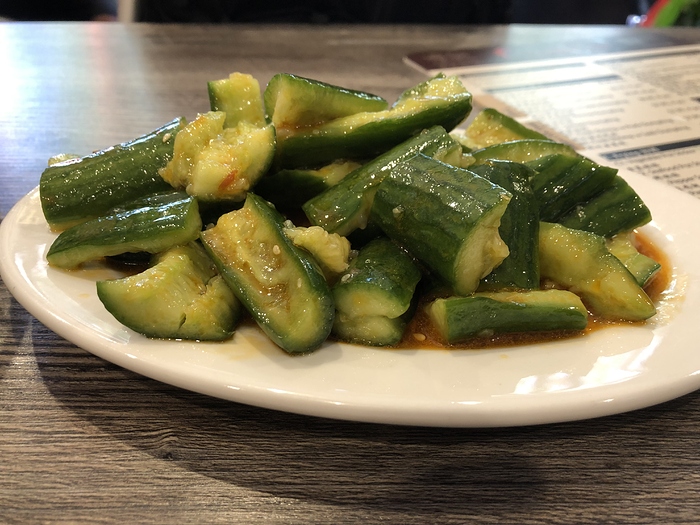 Marinated cucumbers appetizer arrived after I’ve finished everything else and lacked the promised marination. Cucumbers were smacked, which helped dressing stick, but were either unsalted or didn’t have time for salt to wick out excess water and let sauce seep in.

Its main competition would be Mama Ji’s, and I expect Dumpling House’s closer proximity to Market St. will be good for business. 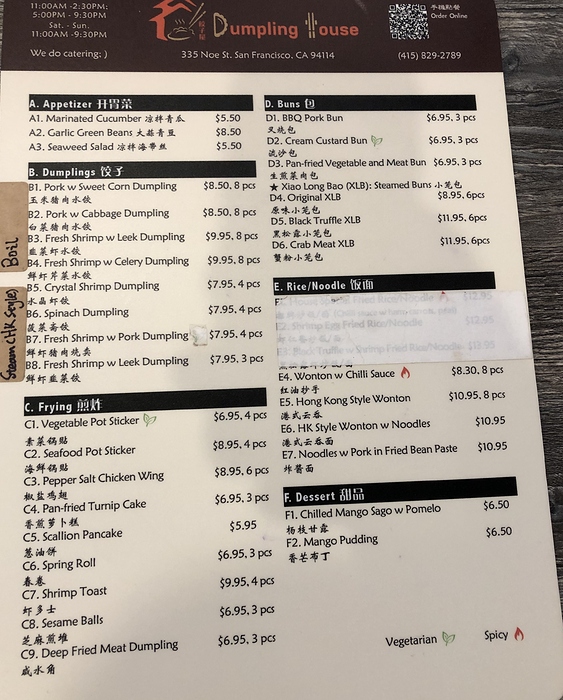