I had an early dinner at Dumpling Home in Hayes Valley on a Sunday. I went on a whim as I was in the neighborhood and it was right before they opened for dinner at 5. When I got there there was already a sizable lineup. They don’t take reservations.

I sat outside in their parklet and had:

Beef Brisket Noodle (Soup) ($18.95)
This was ok. The noodles were medium thin and I think freshly made. They were nice, as were the tender pieces of brisket. The mildly spicy broth however lacked a bit of oomph and depth of flavor. A substantial portion. 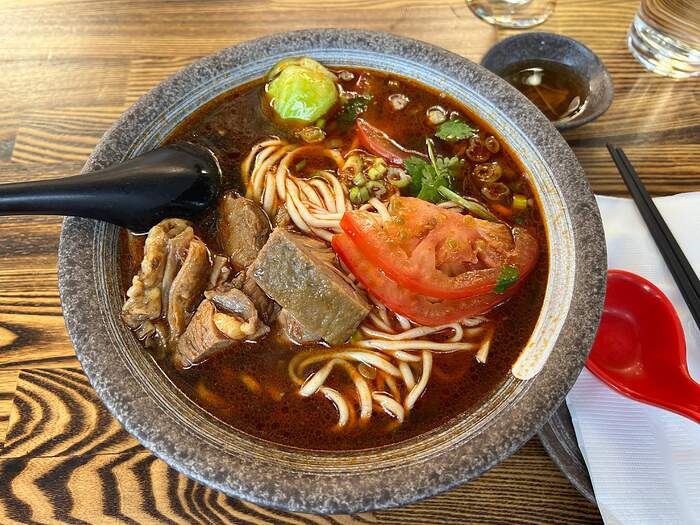 Juicy Pork Bao(6) ($13.95)
These are shengjian bao but called Juicy Pork Bao on the menu, which I guess is an apt name for them. Delicious and a must order, still the best SJB I’ve had in SF so far. Very juicy (take care when biting into it!) with a crunchy layer on the pleat side. 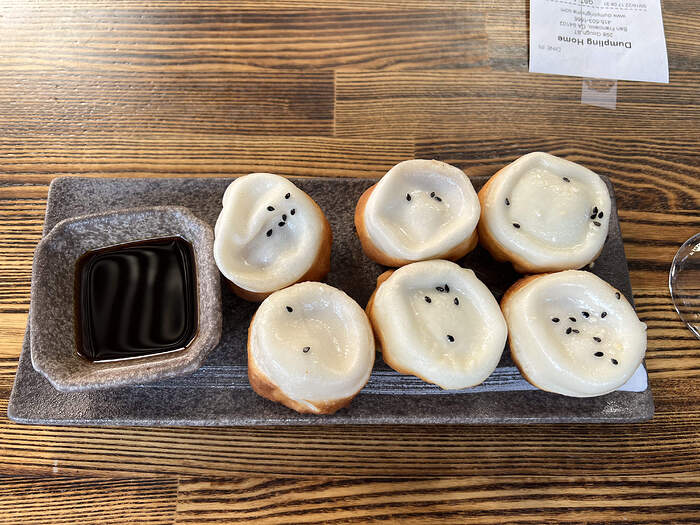 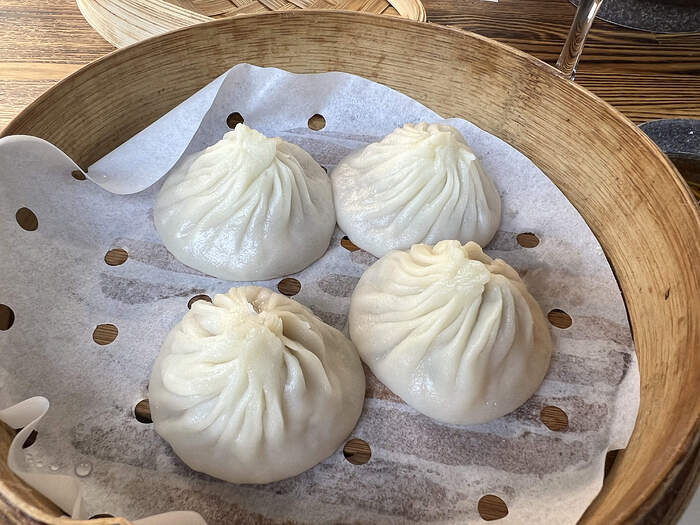 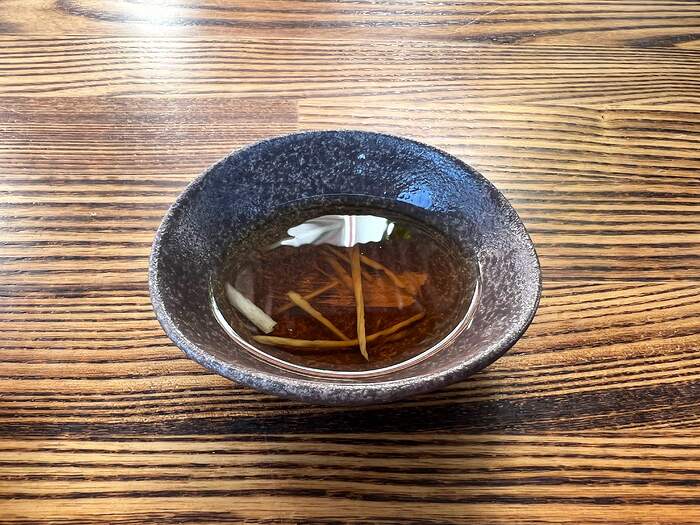 I ordered too much (typical) and took some of the SJB home. I think next time I will stick more to the dumplings.

I live close to Dumpling Home and go often. I agree that it’s best to stick with their (really good) dumplings. The non-dumpling dish on the same level we always get is the green onion ginger noodles. The dishes we get sometimes are the salads — cucumber, tofu strips, jellyfish, pig ear. And also the dried shrimp, egg, and chives pan-fried pockets.

But, ya, the juicy pork bao are one of my favorite things to eat. 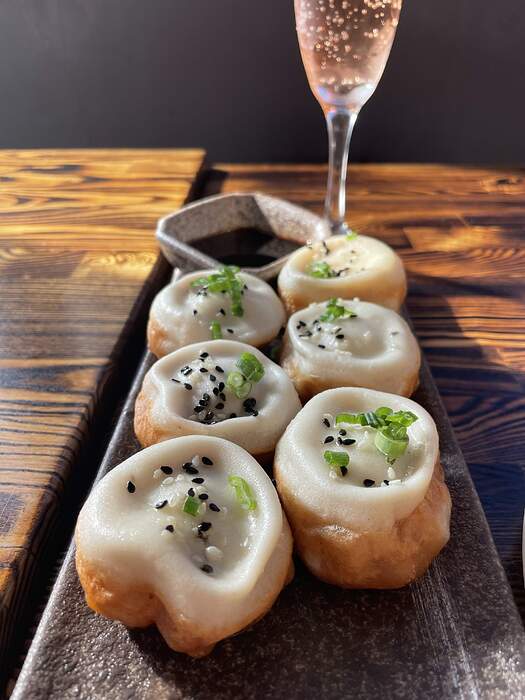 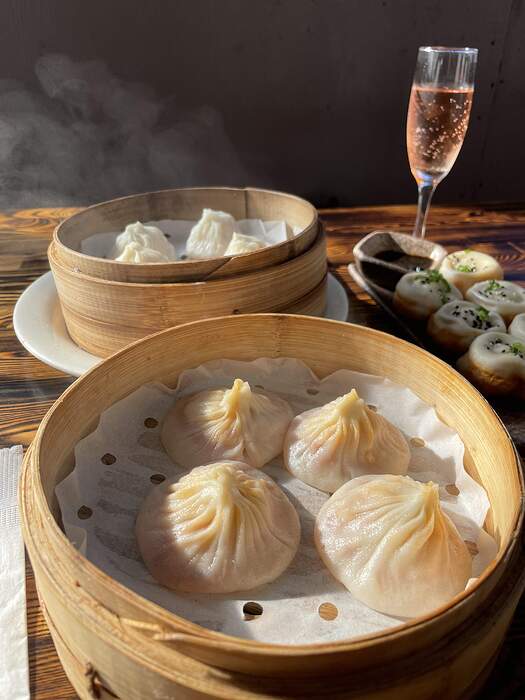 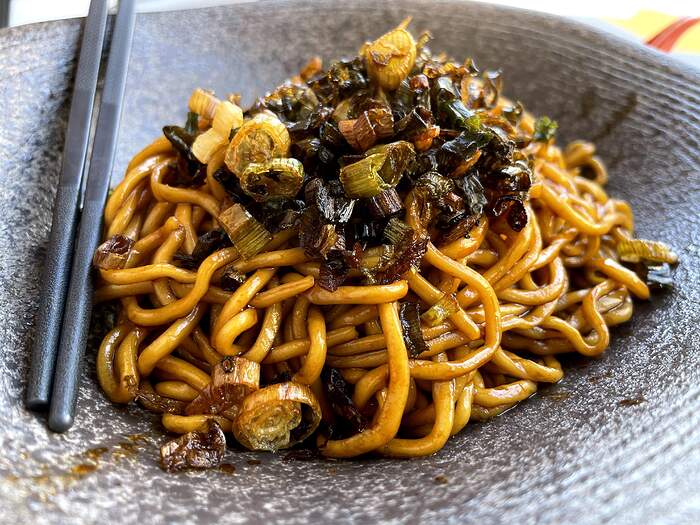 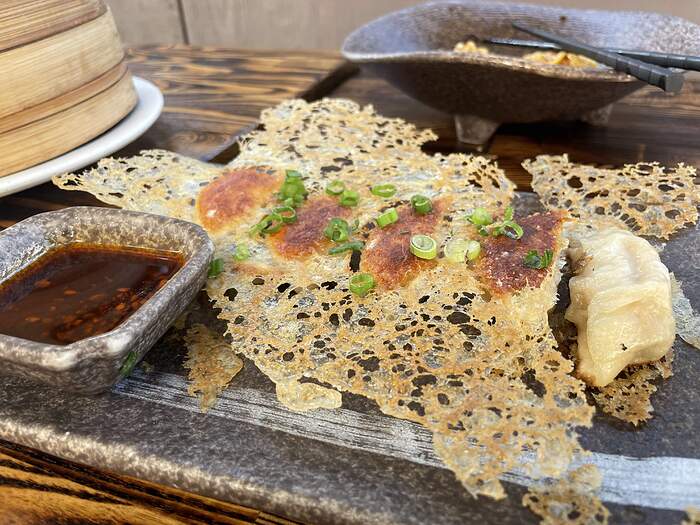 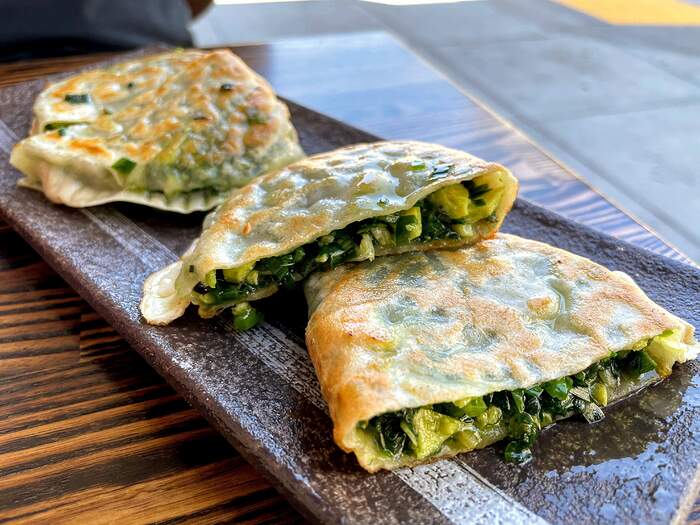 Sparkling rose and dumplings - love it!

Nice pics! Will have to try the green onion ginger noodles sometime. Those dumplings with the skirt look good too.