@kaleokahu , NO ONE has ever gotten a better rec! This food was ridiculously good. Every Seattle trip will now include a stop here. As you said on the Bad Albert’s thread, kitsch is its middle name but to the point that it’s almost thigh slapping funny. Starting with the two goats in a pen out front

Booths on the deck from old truck beds. It just goes on and on…and I wouldn’t change a single thing.

But the food. Oh my. The food. I’m not a connoisseur of BBQ but I find it hard to believe that there’s any that any better. We started with “Burnt Ends.” You know, the kinda stuff that would generally get cut off the meat before it’s served. A nice bowl of fatty and crispy pieces of meat. We FORCED ourselves not to finish it knowing more was coming. Just brilliant idea. 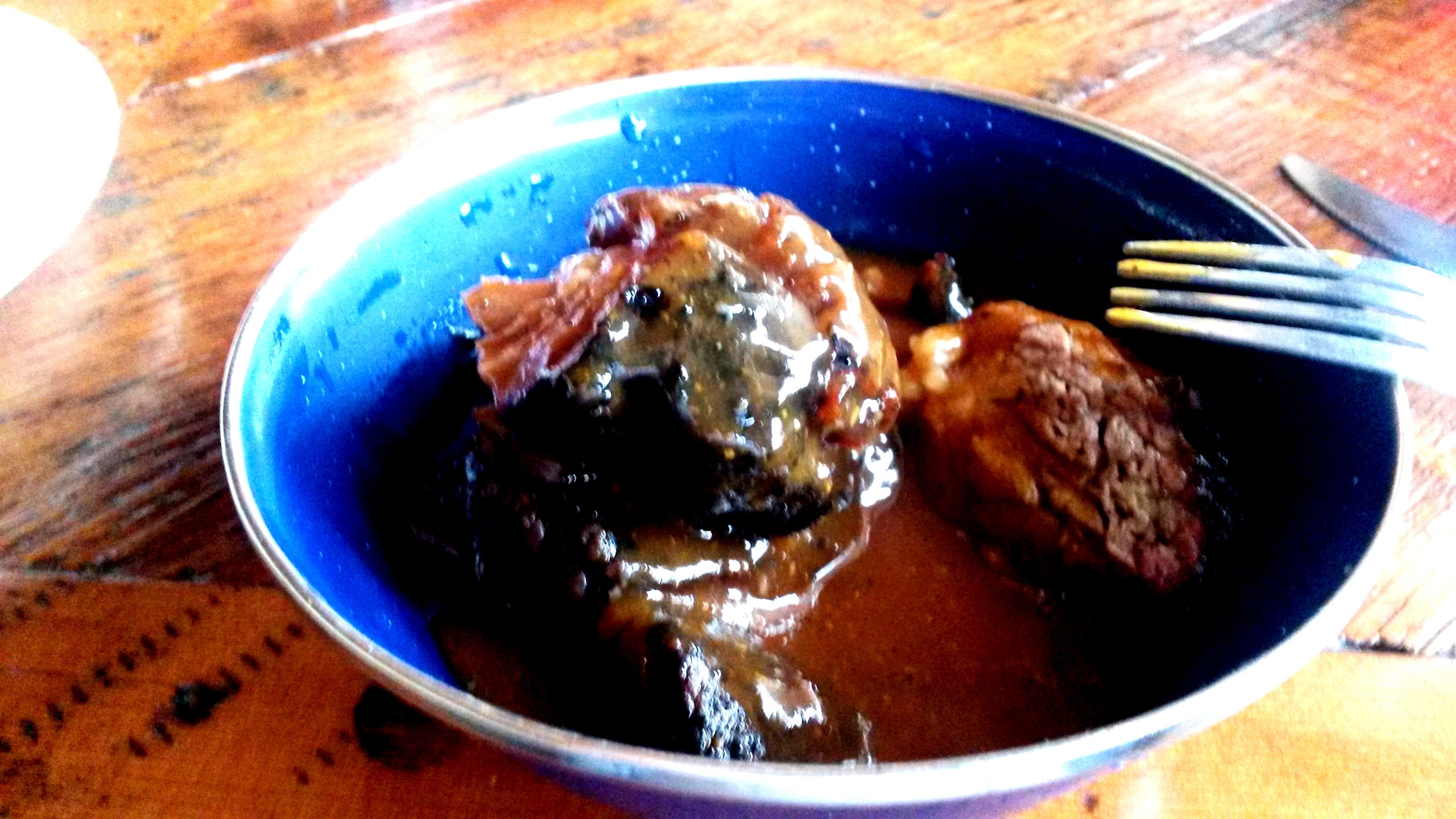 Then out came the pork belly sandwich. PORK BELLY SANDWICH. Be still my heart. Bob thought that was the best. I felt it would be like choosing my favorite child. lol. 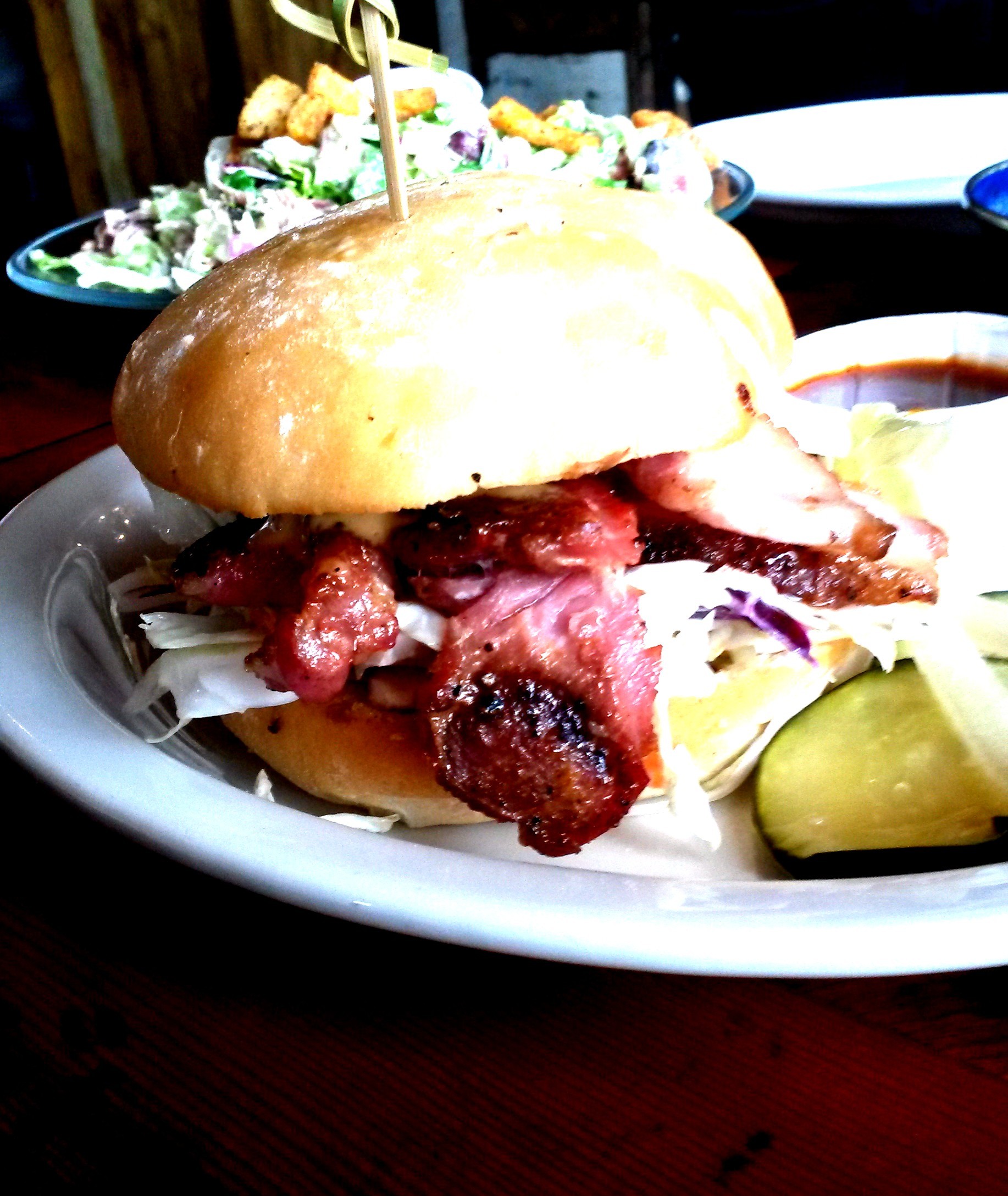 That was served with the “Chop Chop Salad” which thank the she-gods Kaleo had recommended. Here’s the description from the menu:

We chose the pulled pork. See those ‘croutons’ in the photo? Nay. Cracklins!!! 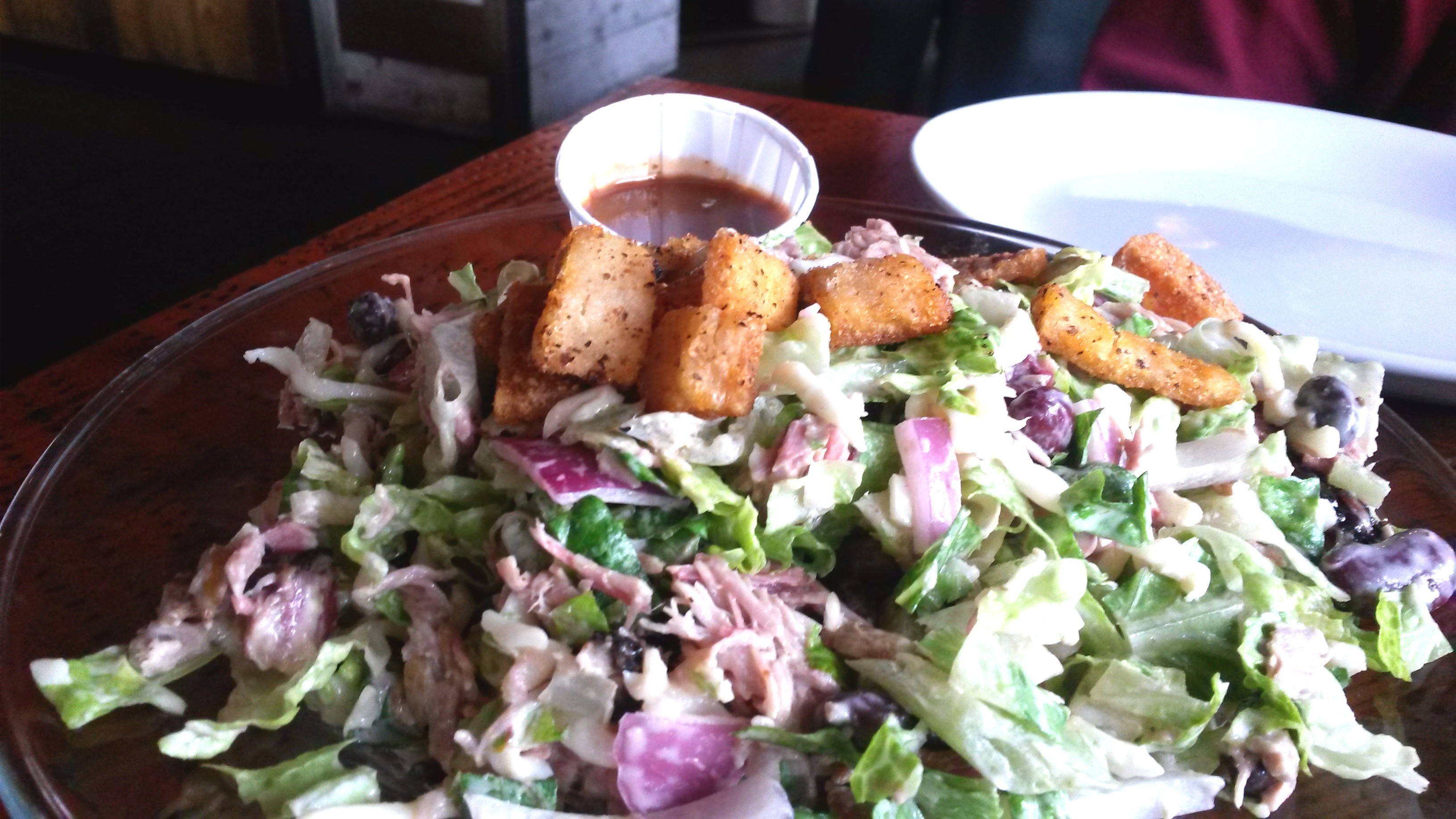 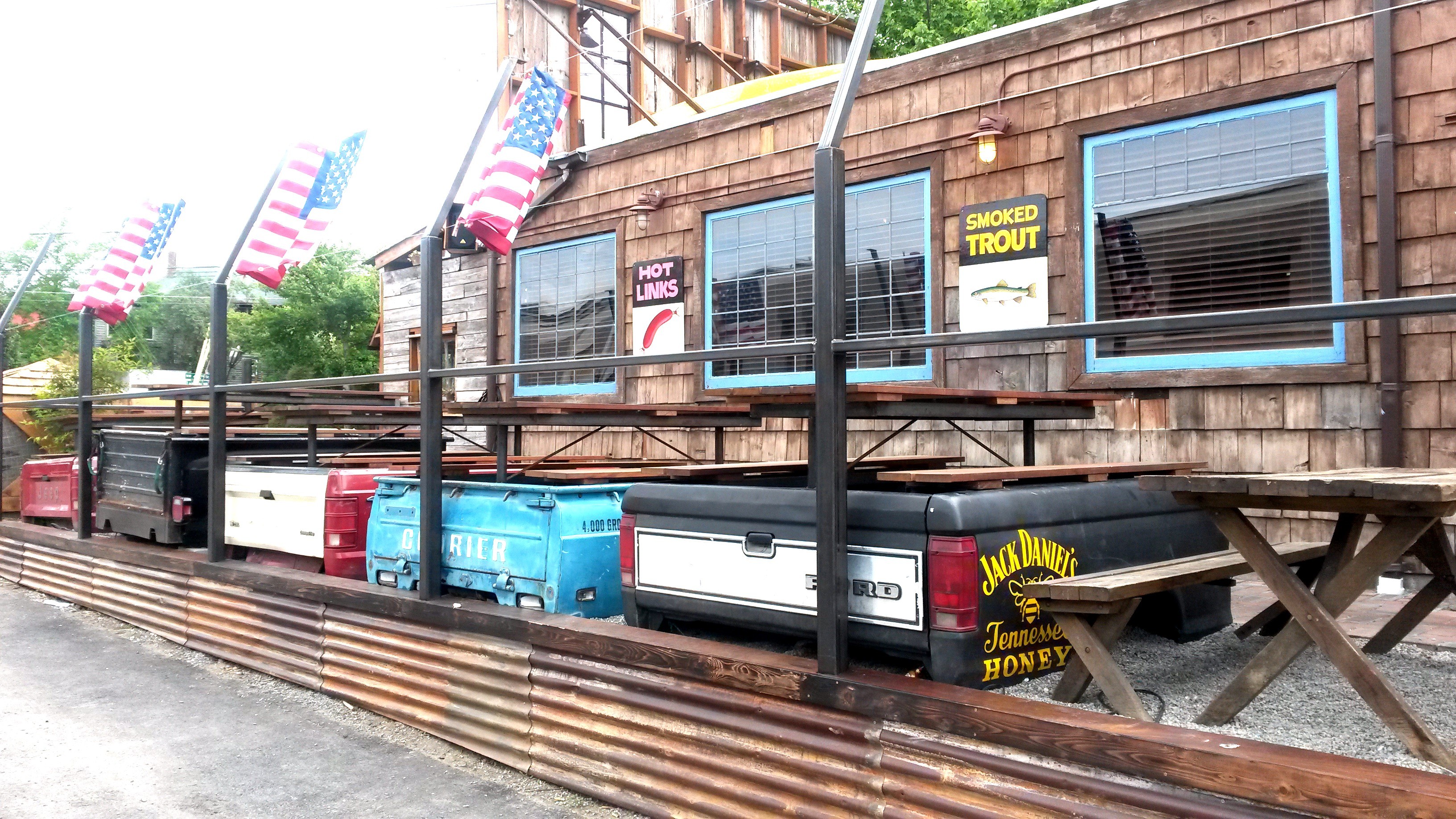 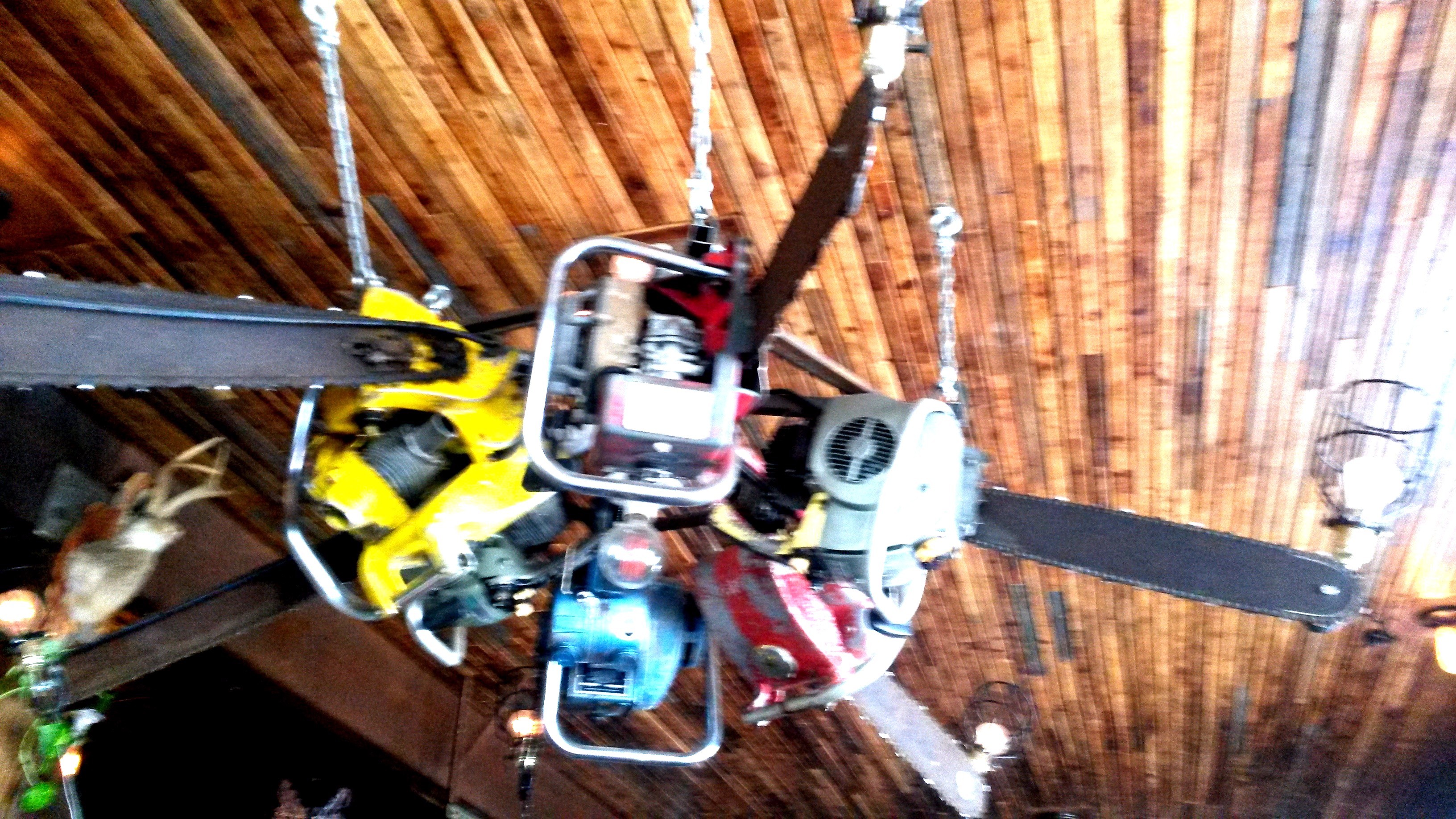 If we had the time I’d be back there before we leave on Saturday. Hmm, maybe Friday night. I can’t recommend this place highly enough.

I went here this week and tried the smoked chicken sandwich, which is not a common order for me at any BBQ joint (but I had just cooked ribs at home and wanted something non-porcine). The sliced bird was a little dry for my liking, but the sauce and potato salad were excellent. Need to get back there for more traditional meats - the kids will flip for the live goats, what an attraction !