Falafel. Which doesn’t shine (because that would be weird) but is nonetheless good.

You could use the Puerto Rican Beans recipe I posted above. Another possibility is obviously Chana Masala.

Ooh, definitely make that chickpea salad recipe i linked towards the beginning of this thread, it’s great and doesn’t really register as “oh I’m eating a lot of chickpeas”.
And of course spiced fried or baked chickpeas make a great snack or crunchy thing for soups and salad

You can also use chickpeas in the Ragda recipe I made - in north India it’s called Aloo Tikki Chhole, same idea as a Chana Masala, but simpler. Cut up a boiled potato and add it if you don’t feel like making the patties.

Wow, what wonderful suggestions. Seriously! Now I need to pick up more garbanzos

I happened upon King Tut purple peas the other day at Rare Seeds, looking for some Tunisian bakouti peppers recommended by Weezie for harrissa. Are they the same?

They look just like in the photos I posted but am not sure about the background story, though.

Here’s a variety that is hard to find, even where it is grown. (Grand)mums grow these beans in their (allotment) gardens and after harvesting they dry them on string in the house. The East Frisians eat them in the winter in a dish called “Updrögt Bohnen” (dried beans in East Frisian dialect). Cooked and mixed with roughly mashed potatoes, pod and all. Eaten with smoked Speck and (smoked) sausages alongside. One of the “national dishes” of East Frisia. 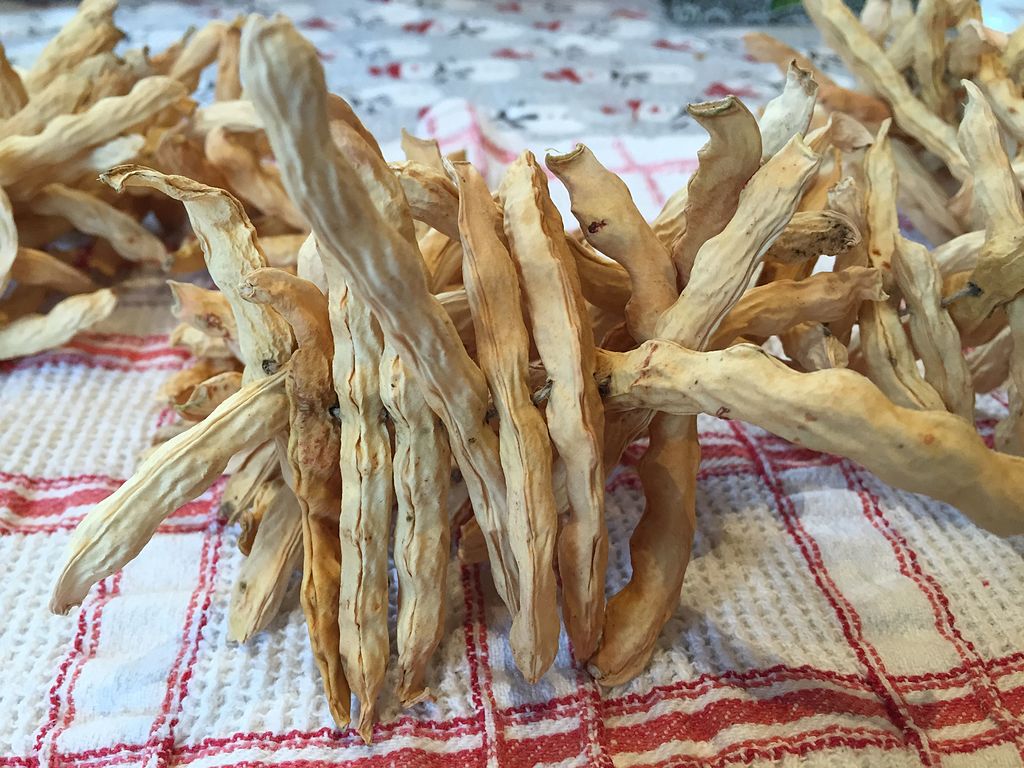 I’m in a class about “The Mediterranean Diet”, and watching a demonstration of making “fava with tomato braised capers” using dry yellow split peas. It can use other peas)m)beans, and is used as a spread. 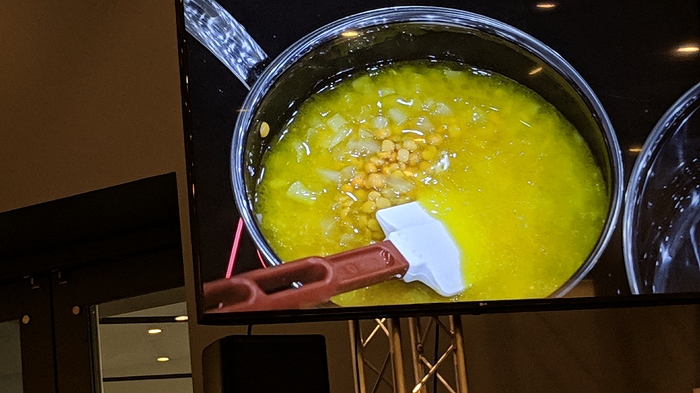 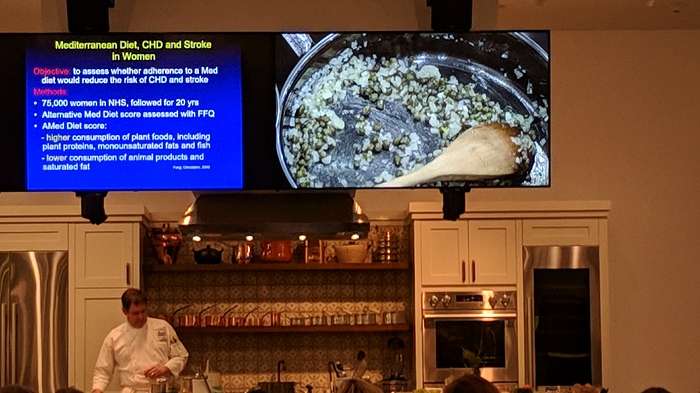 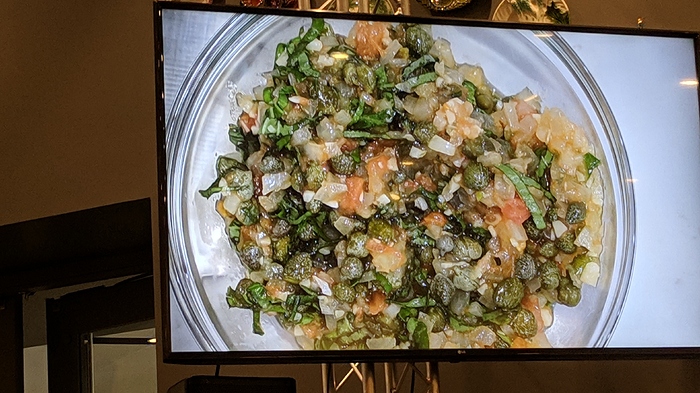 Asking from a patient’s view here, do dietary needs for specific afflictions and diseases get covered or do you absorb general knowledge and make it specific to your patients?’

The focus for the conference seems to be diseases that are related to diet; cardiovascular/coronary artery diseas, diabetes and pre-diabetes, high blood pressure, stroke, certain cancers. I may have missed a few*. For me, I am mostly counseling my patients about weight gain, elevated lipids and pre-diabetes. These are potential side effects of some medications I end up prescribing.

I’m at stage 4 CKD. My nephrologist is also my dietician, but she really doesn’t know what she’s talking about. I’m flying by the seat of my pants on my dietary choices based on my metabolic panels.

There are a lot of registered dietitians here; in the audience and teaching. Kidney disease has mostly been mentioned in the context of excessive protein intake, and maybe controlling the amount of salt in your cooking. Eye opening stuff about protein intake in the US.

I’m anemic and so I’m mostly advised to eat meat . Sounds like they’re talking about prevention and not what to do for the already ill.
CKD is interesting in that it is pretty much irreversible and so the challenge is to not get worse. Easier said than done.
I’ve succeeded in staying off dialysis for 5 years after ending up at the ER with a 0 GFR.

Actually they are showing slides of cases where disease has been reversed, but not kidney disease.
I’m supposed to put this on a different thread but… 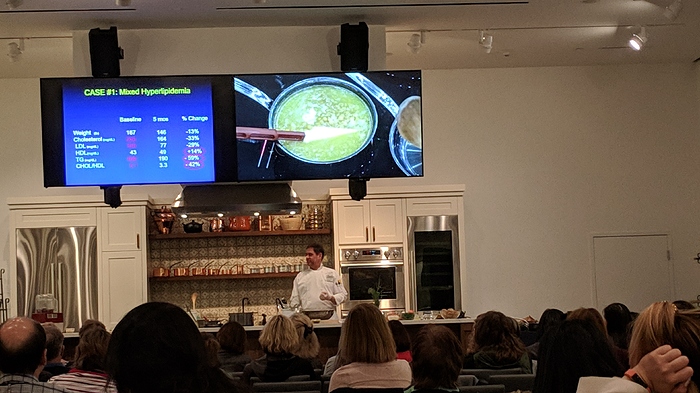 PS Someone near and dear to me has chronic proteinuria. 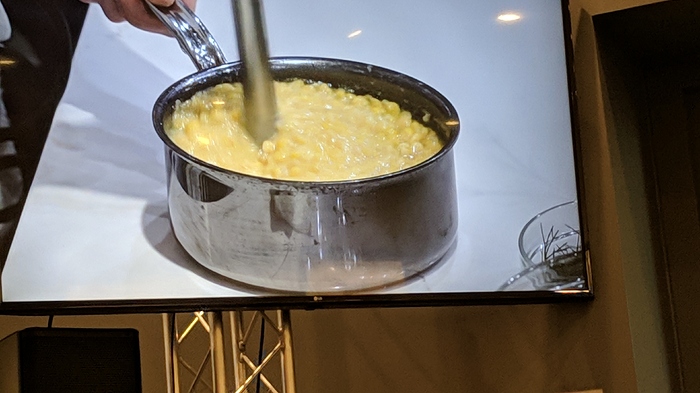 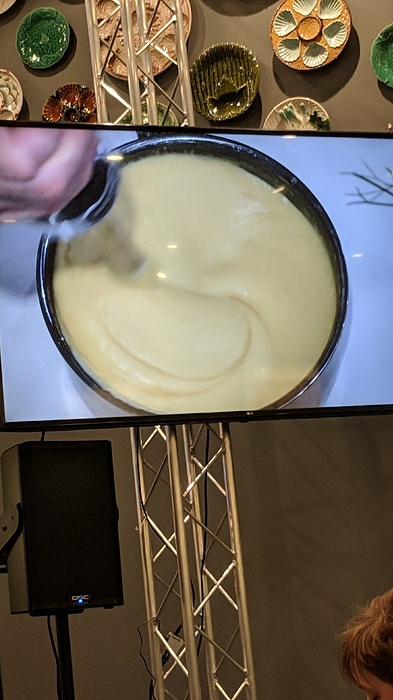 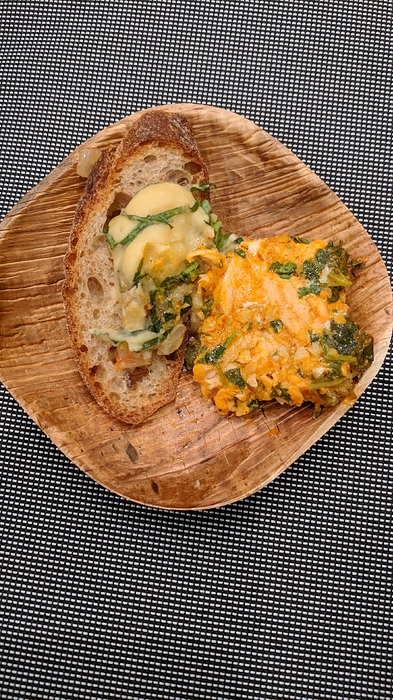 Thank you for taking the time to share with us… and keep in mind that each of us has a new secret source of specific knowledge!

I do that too - either pumpkin or sweet potatoes! The combo has a nice affinity for Caribbean flavors.

We added pureed beans to thicken a Caesar dressing, in place of eggs the other day. I thought it was in place of oil, but turns out more olive oil appears to be better, at least according to the Mediterranean diet. .

That’s very clever use of beans! I used to make a lazy salad dressing by mixing hummus with some lemon juice and a tiny splash of water or whatever plant milk i had on hand which makes for a great super fast dressing

What sort of beans do you like to use for this?