You all gotta try the Porchetta French Dip $13, it’s so AMAZING! I went on Sat 2/25/17 for dinner and there were a a couple guys as customers but that was it, Sad to see so many people waiting in line at other restaurants when this place was empty.

The porchetta sandwich has lots of juicy meat, some a bit fatty, on Acme bread, smear of pesto if you want it, some pickles on the side and Au Jus in a cup. You can dip the sandwich or just drink the salty broth.

It’s so good I ate the whole thing!

Free water on the table.

Counter seating or 2 small 4-seat tables by the window. 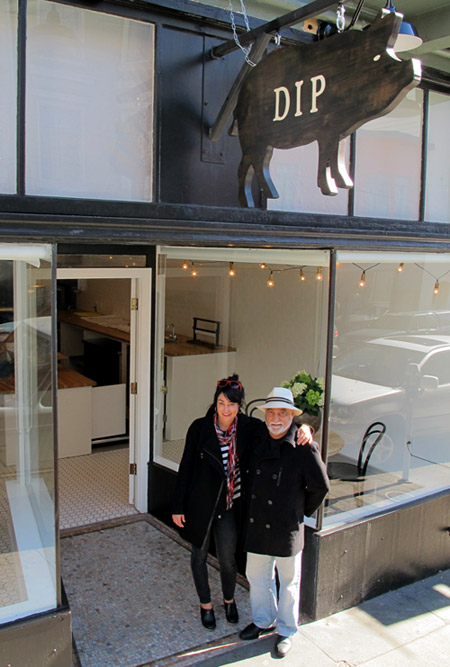 A casual eatery for French dip sandwiches with lunch and dinner delivery menu which appeals to a variety of people from singles, families and offices. 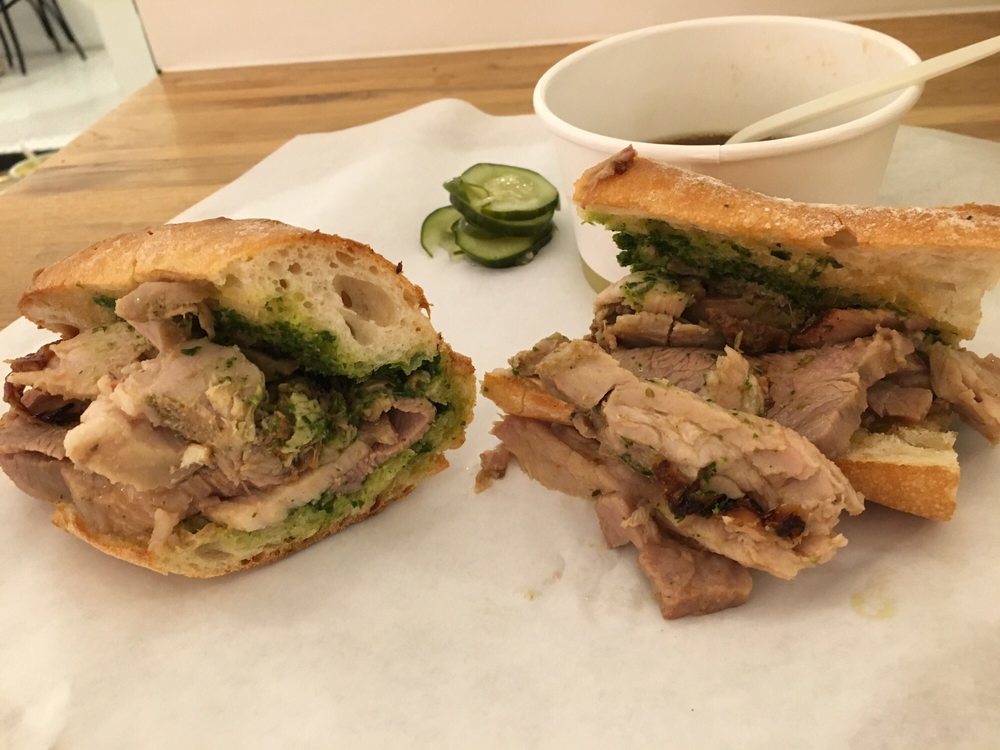 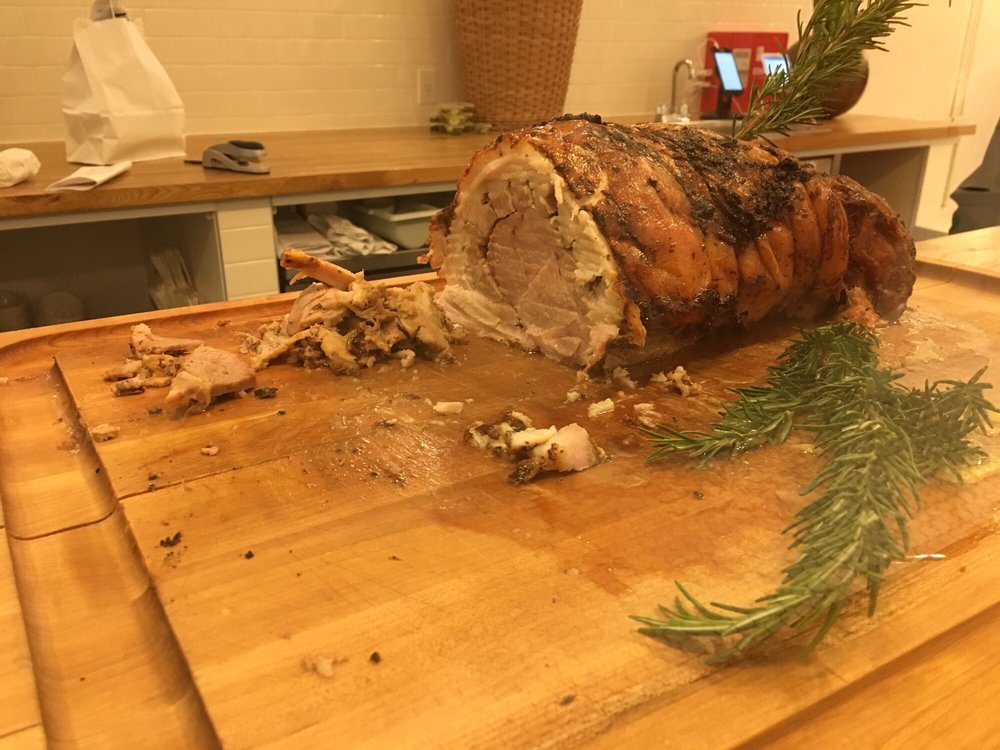 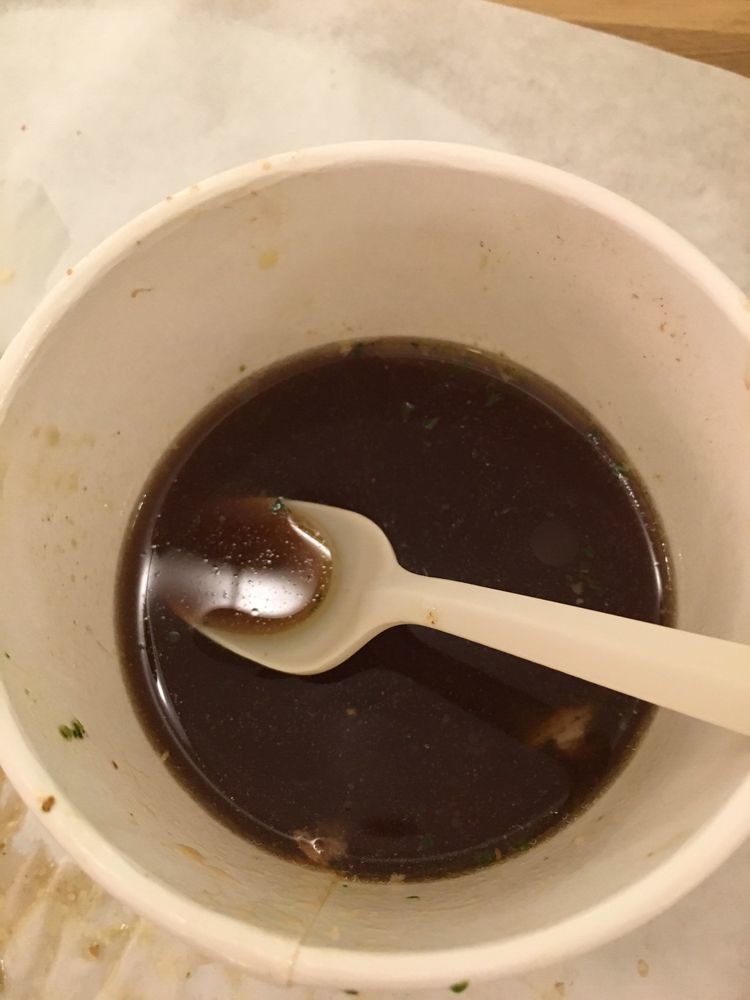 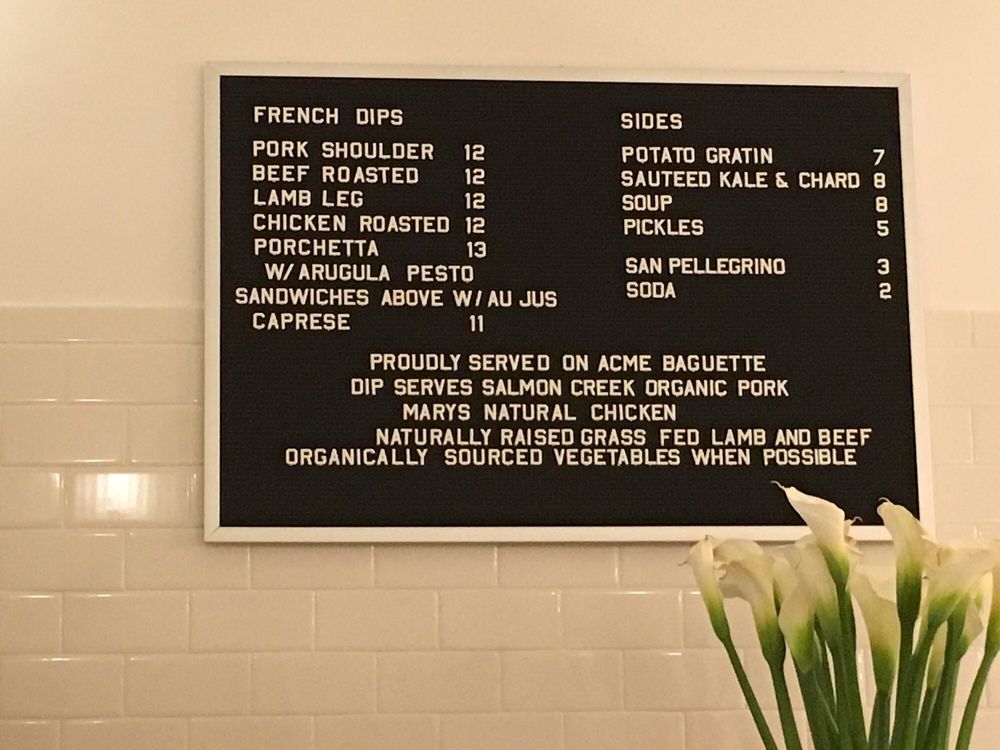 Mmmm. Lamb.
Any idea about the soup?
A minimalist diner. Cool.

I asked about the soup, lentil and something elseI forgot already. I like lentil soup but wasn’t that hungry. I’ll be back for sure.

Looks good! I had the porchetta sandwich at Barzotto last week and it was very good as well with crispy skin and tender flavorful meat. It’s served on their house-made focaccia.

I just want to second this recommendation. The Porchetta French Dip is outrageously good. Nice side of spicy homemade pickles. Horseradish came on the side too but my office mate who did the pick up accidentally used it all so I didn’t get to try it on my sandwich, but I didn’t feel like anything else was needed.

Had the leg of lamb french dip today. Good, but not as great as the porchetta. Adding the super hot horseradish helped give it some zing.

They also had a “Bistro Menu” up that I don’t think they had before. Dishes like Osso Bucco with a side for $20, more dinner oriented

Thanks for posting about this place. Had an excellent porchetta sandwich from here. Very tender fatty medium sliced herb scented pork with a garlicky pesto spread. Good bread that was crusty but not cut your mouth crusty. Jus tasted like a salty beef broth, used it as a dip. The crunchy pickled cucumbers and peppers on the side provided a nice contrast between bites of the sandwich. One thing that maybe could make it even better is some crispy skin, which it did not have. 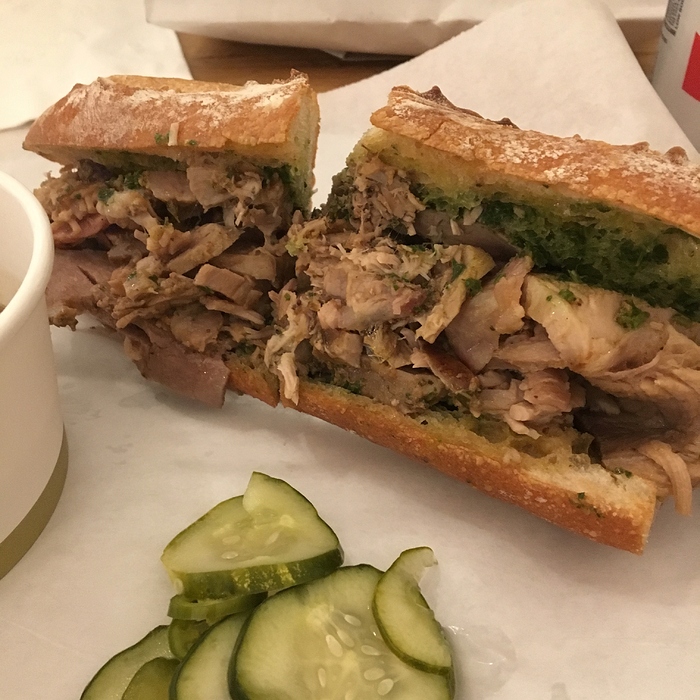 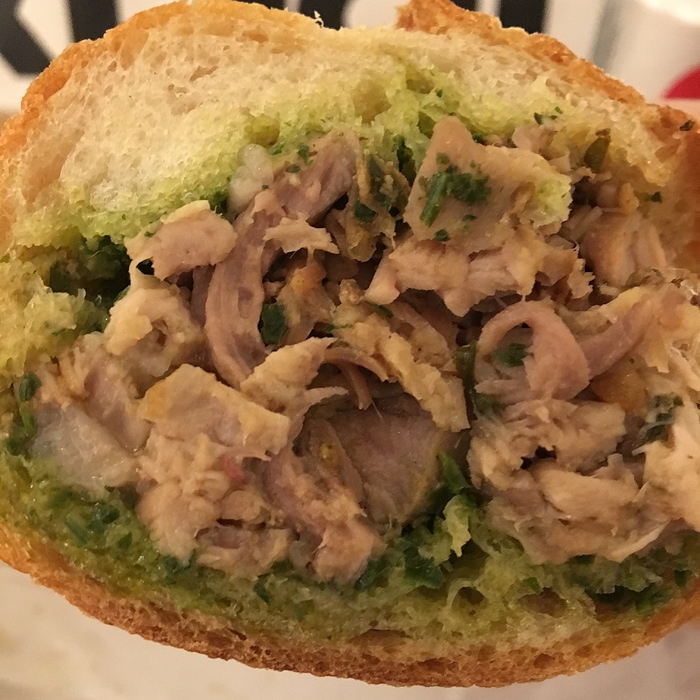 Had not been in a few months so went back today and a co-worker and I split the porchetta and new menu item pastrami and cheese. Porchetta flavor was as good as before (came with arugula pesto) as was the jus, but the meat was super skimpy, maybe half the amount shown in most pictures and no pickles. Pastrami was terrible, dry stringy and not much flavor. Besides the pastrami there were a couple other new sandwiches - meat ball, beef tongue and another I forgot. They also added an eggplant parmesan, side of escargot, some pastas. Feels like they are losing their focus.

Walked by during North Beach Festival Sat 6/16/18 and noticed DIP is Closed! Sad news. Anyone know what happened? 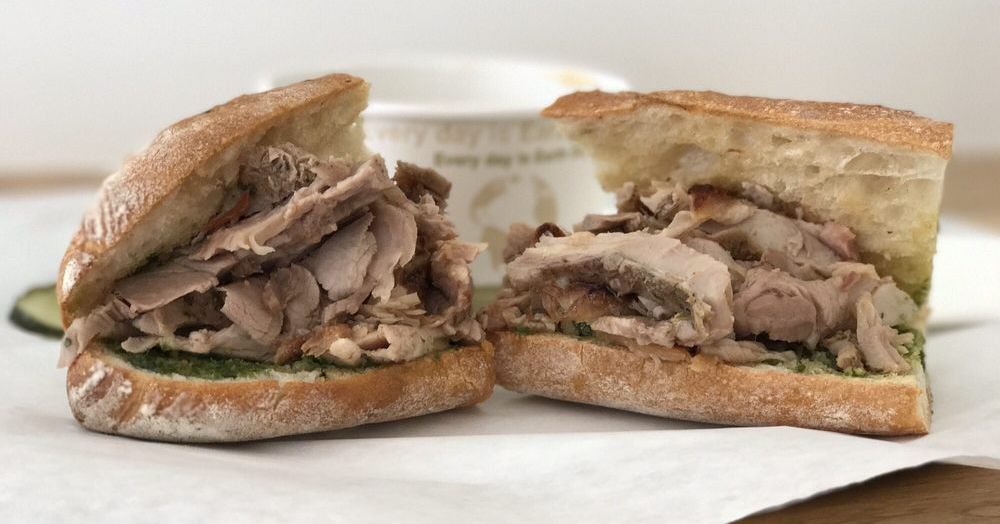 The North Beach restaurant DIP is no more