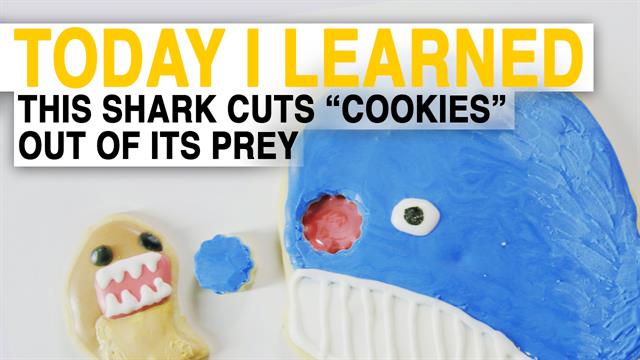 Extensive unusual lesions on a large number of immersed human victims found to be from cookiecutter sharks (Isistius spp.): an examination of the Yemenia plane crash.

Accurate determination of the origin and timing of trauma is key in medicolegal investigations when the cause and manner of death are unknown. However, distinction between criminal and accidental perimortem trauma and postmortem modifications can be challenging when facing unidentified trauma. Postmortem examination of the immersed victims of the Yemenia airplane crash (Comoros, 2009) demonstrated the challenges in diagnosing extensive unusual circular lesions found on the corpses. The objective of this study was to identify the origin and timing of occurrence (peri- or postmortem) of the lesions.A retrospective multidisciplinary study using autopsy reports (n = 113) and postmortem digital photos (n = 3 579) was conducted. Of the 113 victims recovered from the crash, 62 (54.9 %) presented unusual lesions (n = 560) with a median number of 7 (IQR 3 ∼ 13) and a maximum of 27 per corpse. The majority of lesions were elliptic (58 %) and had an area smaller than 10 cm2 (82.1 %). Some lesions (6.8 %) also showed clear tooth notches on their edges. These findings identified most of the lesions as consistent with postmortem bite marks from cookiecutter sharks (Isistius spp.). It suggests that cookiecutter sharks were important agents in the degradation of the corpses and thus introduced potential cognitive bias in the research of the cause and manner of death. A novel set of evidence-based identification criteria for cookiecutter bite marks on human bodies is developed to facilitate more accurate medicolegal diagnosis of cookiecutter bites.

A Florida mother is blaming the death of her 15-year-old daughter on what she calls confusing packaging for Reese’s Chips Ahoy cookies… Alexi mistakenly ate one of the cookies at a friend’s house despite her peanut allergy, because the top of the familiar red packaging was peeled back, hiding the Reese’s label. She says Alexi felt tingling in her mouth on June 25 and they administered two Epipens but Alexi quickly went into anaphylactic shock and died less than two hours later.

The CDC can Take My Cookie Dough out of My Cold Dead e. Coli-infested Hands… yeah, well some people can’t be bothered with cookie cutters either.