Recommendations for South Asian restaurants, esp. in DC and close in areas?

I would have asked for “Indian” restaurants, but as a lad I went to the 1964 Worlds Fair and, when we entered the Pakistani Pavilion ( a restaurant) a companion asked the server, “What kind of food do you eat in India?” and the server left, never to return.

Well, you probably know more than me, so I asked a friend in DC who seems to know these things and he said that there’s a cluster of places in and around the Cleveland Park area. He said that he’s liked Heritage India, Indique and Bindaas. I checked their on line sites and they looked pretty credible to me. Hopefully, you’ll get a more knowledgable response.

Thanks! I heard something good about Heritage, so I’ll start there.

I hope your DC friend will join HO

I ate at the Pakistani place at the World’s Fair too! Intrigued at age 12.

Wow, you’re old! I was only 11 at the '64 World’s Fair. I have some polaroids, but no Pakistani memories.

I had a matchbook from there forever, until the divorce.
I actually attended the 65 version so we’re close to the same age.
Vivid memories because we attended the Fair while the Beatles were playing Shea Stadium.
As we were on the train platform to head back to Manhattan, we were totally engulfed by mod girls getting out of the concert. Good times!

If I was stuck in DC, then Masala Art near AU, they also have a location near Arena Stage. If i could go to Bethesda, then Passage to India for the fruit chaat and the dish with spinach, buttermilk, black salt and peanuts. That dish is one of the great things I have eaten in my life. If the Del Ray area of Alexandria is not too far, then I’d go for the yak chili, buffalo momo, and fried okra at Royal Nepal. The best dishes tend to be pretty far out in the burbs where the South Asian population has grown to enormous proportions.

Indique in Cleveland park is great! Probably my favorite.

I like the chicken karahi or especially the lamb karahi and naan at Raji Kabob in arlington.

If you order well, there are some great dishes at Le Mirch…I brought a visiting friend (from NY) to Oyamel, Pigoboy, Rakuya, Rose Ave bakery, and Le Mirch, and the latter was his favorite…he ordered tandoori chicken and a mango lassi. I usually get the veggie dishes there like eggplant or spinach.

The one meal I had at Bad Saint was memorably great. However, their long-time chef left a few months ago (he’s now at Pogi Boy in the Block food hall’s DC branch) and I haven’t seen any reports of how well Bad Saint has survived his departure. 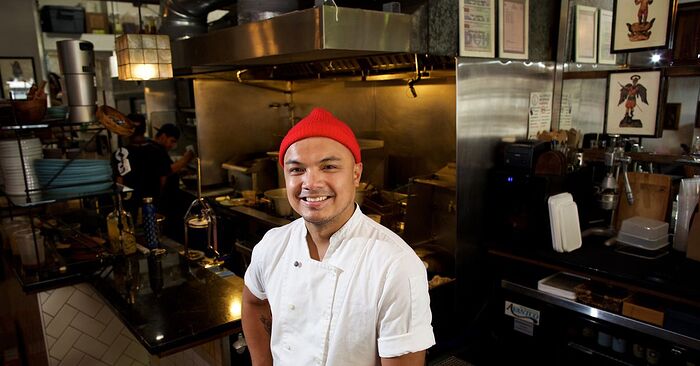 Plus, Oyster Oyster opens for a to-go vegetarian prix fixe in Shaw

Ah, thanks for the update!

Did you mean Ravi?