"Calls to abolish tipping abound, and at least a few restaurants in the U.S. have opted out of the tradition. On Wednesday, the movement got a bigger push: The New York restauranteur Danny Meyer announced that he will be eliminating tipping at the 13 restaurants in the Union Square Hospitality Group (USHG)—which does not include the burger joint Shake Shack which spun off from USHG in 2014 " 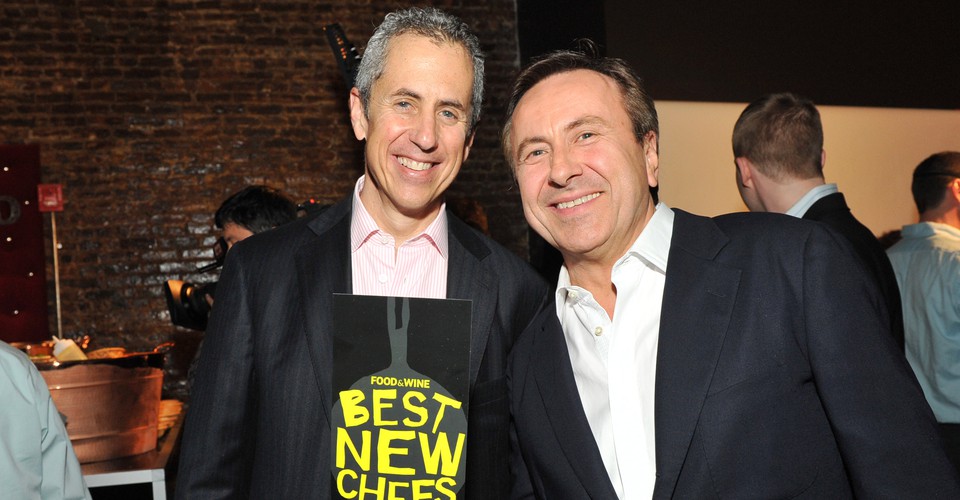 The restaurateur says that a zero-gratuity policy will make it possible “to compensate all of our employees equitably, competitively, and professionally.”

Cool move. Doubtful it will catch on in the rest of the country, but it’s certainly a start.

I like the idea. I don’t know if it will work due to the very deep ingrained tradition. However, we really should give this a try. I wish it will catch on.

The Eater article I read gave an example of a $20 dish going up to $30. I agree with this idea. I just wonder how many will balk. But of course his demographic is likely less concerned about cost than the average Jane.

I love Danny Meyers’ restaurants and I admire him for doing this. I think I will drop by Gramercy Tavern this week just to support him. One of the things i hate is how American tipping customs screws up the rest of the world. I’ve been to places where they tell the American customers that tip is not included expecting they will leave something where that doesn’t happen to anyone else. Drives me bonkers.

I think a better question is how often. I think many people will still go, but probably less often. Just imagine your favorite restaurant increases the meal price from $20 to $30. You still like the foods, and you still like the atmosphere, but you will probably go less frequent.

Hey CK in the article I read Meyer said there will be only a small increase in price so not $20 to $30. Don’t know the exact size but if you assume it’s an increase in line with the typical tip, it 20 going to 22. Not going to to stop most people in NYC from dining at his restaurants.

And what I read was otherwise. A 20% increase will only cover the servers. It will have to be much higher than that to give a living wage to the cooks and others. NYC and SF are suffering the same thing. The cooks can’t afford to live there.

As a result of all this, the prices at Meyer’s restaurants are expected to go up by more than 20 percent.

This is why if this does not work out, people shouldn’t simply blame it on the elimination of tips. Afterall, the larger increases of price has nothing to do with tip.

No. It’s raising the prices so that everyone gets a “living wage.” Twenty percent only takes care of the servers. What about the cooks who can’t afford to live in NYC? The dishwashers, etc.

I am talking about if his model works or not. It has too many things link to this model, not just abolishing the tipping.

He was interviewed on public radio Wednesday, saying the typical tip is 21%, and he hopes to keep the price increase to about the same amount, so that the customer is paying the same as under the current system.

I have mixed feelings about the policy. Though he cites research showing people tip the same for poor service as for great, my dining companions and I have always adjusted the tip to reflect the quality of service. Eliminating tipping eliminates a server’s incentive to be at his/her best. I’d sooner lower a tip for bad service, hinting to the server that improvement is needed, than complain to the manager, possibly putting the server out of a job.

Meyer and other restaurateurs who want to pay non-server staffers better could just raise their prices commensurately. It’s not like menu prices stay the same forever.

Eliminating tipping eliminates a server’s incentive to be at his/her best.

I don’t know if I believe that. Do you believe that you need to tip your medical doctors or you nurses to encourage them to do a better job and maybe try a little harder to say your life? Or thousands of other professions… I think when you lower your tip… many waitstaffs simply think you are a cheap ass, and couldn’t afford to go out to eat. Don’t forget. There isn’t an universally accepted tipping %. While you may think tipping 10% is low, for some people 10% is their normal tipping %. A waitress or waiter has no way knowing what is what.

Meyer and other restaurateurs who want to pay non-server staffers better could just raise their prices commensurately. It’s not like menu prices stay the same forever.

Agree, these are two separate things which get mingled up in this case.

I have eaten at almost everyone of DM’s restaurants (excluding all those Shake Shack locations). I find it funny to think that someone would dine at one of them and think they are going to +/- the amount of the tip based on whether the server did a good job or not. My guess is that someone thinking like that hasn’t eaten at any of his places. Service at his places is a given. There isn’t a waiter for your table. There’s a captain, a waiter, several runners and the somm.

It’s a team effort in a place like Gramercy Tavern or Maialino. The things they do there are simply beyond the expectations of your typical diner. I still remember one dinner at Gramercy Tavern several years ago. We were having dinner with another couple that were out of town guests. After dinner, I got up to head out to get a cab for the group. I got to the front door and saw it was POURING RAIN. I stood there thinking now what do I do? Next thing I know, the host comes up to me and hands me an umbrella. It said Gramercy Tavern on it in discrete block letters. Was a prized possession until my wife left it in a cab.

That’s the kind of service DM is known for so I suspect that this won’t hurt his business one bit and a 20-25% increase in the prices won’t faze his customers. Will be nice to get the credit card slip and just sign it instead of figuring out the math for the tip at the end of the meal.

More curious as to what this will do to the prices on the wine list. I wonder if that will get the full 20+% bump or something more or less. Hoping less.

I think the biggest thing is that it’s Meyer and USHG doing this - and in a very public way. Their massive success (both real and imagined) influences what other restauranteurs do in their establishments.

Personally, I’m good with the twenty-five percent price hike. Not only because the whole thing basically “nets out” for the customer, but also because I believe that a fairly-treated and properly-compensated staff (like any workforce) ultimately delivers a better experience/product.

for me, I like the idea. I don’t find that FoH adds more value to my experience to BoH… therefor, any initiative that helps level that out, I appreciate. I don’t know if it’s the same in the US, but generally, here in Canada, FoH makes big $$, while BoH make very little for long hours, and they require more experience and education than Foh.

I know in NYC and SF and I assume other cities where real estate, to rent or buy, is ridiculously high, they’re struggling to find and keep BOH folks.

Here’s a Times editorial capturing some of the thoughts on the subject and its impact outside of the USHG restaurants. 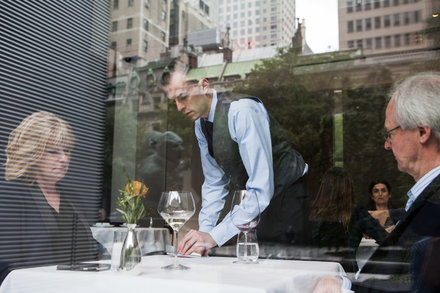 Opinion | Stirring Up the Restaurant World

The real power in Danny Meyer’s new policy is its potential to force a broader debate on tipped work.