I’ve been noticing this more, recently. You know, certain locations where restaurant after restaurant quickly fails. Some are no mystery, e.g., a Thai fusion place in an old filling station, at least 5 miles from the nearest small town and 3 miles off from the closest highway. Excellent food, by the way.

But others aren’t as obvious. One I know well sits conveniently at the interchange of an interstate and busy state highway in a large town. In fact, divers heading N, S, E and W would be hard-pressed not to drive by this place. Yet, despite several remodels, giant signage, a nearby airport and an adjacent motel, none of the 5-6 restaurants of various themes/pricepoints that have gone in have lasted a year. My only theory is that the place looks like it has scarce parking (It actually has an ample lot behind).

Do you have your own local version of restaurant Krypton?

Portland Maine has 2 I’ve seen over the 30+ years I’ve been here,. 3 Deering Ave, & one at 653 Congress St. Deering can’t keep one for more then a couple years though the latest has been there 3 now. The Congress St one was laughable til a sushi joint had it and they lasted 5+ years-- A pub just went in this past August. The HO NJ board comments regularly on its cursed spots.

I may not be accounting for the unknown unknowns. A landlord might be greedy and/or the restauranteur may be naive. And restaurants do have finite lives.

But wouldn’t you think that someone could make a midterm go of anyplace that doesn’t have horribly obvious location defects?

Yes one would think so. Both the spots I mentioned have on street parking only. The Deering spot has a prob with visibility which I suspect is a main cause. Congress St – well the Sushi guy did a major revamp of the place which prob is why he did so well especially considering there’s another sushi place just 2 doors away & it’s popular. Prior to him though there were at least 3 eateries-- a diner, a BBQ spot, & a burrito spot. Possibly more, I feel like I’m forgetting a couple.

Firstly, a place on the 1st floor of a building. Kept changing hands regularly. most latterly as a Chinese restaurant which closed about three years back and nothing has taken its place.

And, directly opposite, a place which also regulalry changed hands. Although for a number of these changes, the ownership remained the same but they changed what they were doing. Some of the incarnations only lasted a few months. For the last two years or so, it’s been operated as part of a mini chain of Lebanese/Syrian restaurants - and it’s doing well and we’re sort of regulars.

Both are in the centre of “village” and I can’t think of any particular reason why these two places should be blighted over a period of a couple of decades.

On the Burlington line in Billerica MA, what was recently Lester’s BBQ had the longest run - maybe 12 years? - since the closure of a McDonalds decades ago. Supposedly because although it’s a freestanding building, it is at an intersection and couldn’t get town approval for a drive-thru. But REALLY, who’d think a McD’s would fail? It was followed by, among others, a Greek, an Italian, and I think a Korean place, none of which lasted more than a year or two. Lester’s failure may have been due to the pandemic.

It IS possible to manage a McDonald’s so poorly that it fails. Esp a franchise.

Bad managers = bad employees with lots of turnover, and despite all the automation it’s still very possible for the human element to royally fuck up an order. When a McDonald’s is bad enough for long enough that it gets a shitty local rep, well, there’s always another one 5 minutes away.

I’ve been seeing them as long as I’ve lived in Manhattan. Possibly the earth beneath them is poisoned.

I was going to say this. Too many to count in NYC over the years.

In the same locations? 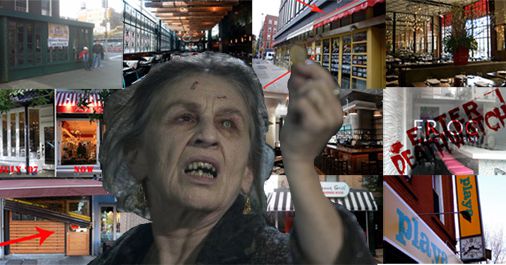 As we prepare for the onslaught of new fall restaurant openings, now is as good a time as any to take a look at some of the spaces that, for whatever reason, seem unable to foster successful new...

New! And even more valid. 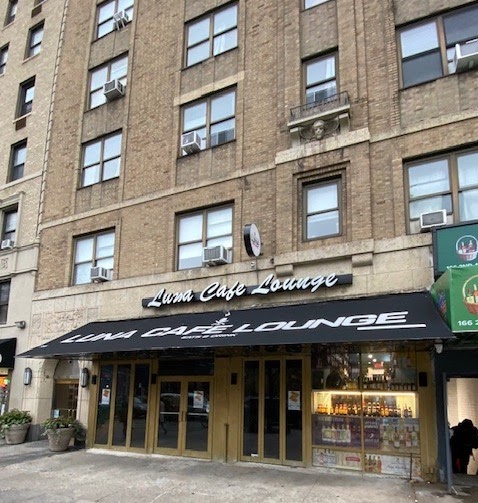 EV Grieve is the leading news, entertainment and lifestyle blog about the East Village of New York City.

Thanks. I wish the first article would have at least speculated on the reasons for the failures at the sites, e.g., X ultra-popular restaurants next door, long walk to subway, wealth of niche competitors, bad building feng shui, etc.

It’s Eater. It’s enough that the addresses are real, considering their history of (not) factchecking.

The fewer facts you report, the less criticism you get for checking them? Now there’s a high journalistic bar!

You can’t be wrong if you don’t say anything!

We’ve got three in our three block “historic” district. All individually owned, while chains monopolize the areas visible from the freeway.

One is in a great location by a creek, another in an old post office, and one nestled among about five other individually owned places that survive. I expect the rules and rent in the district contribute.