You may be wondering why on earth Harters is reviewing motorway services. They’re all the same, aren’t they – big place with expensive fuel and crap chain foods?

Well no, they’re not all the same. Tebay is unique (or almost unique – see below), in that it is family owned and has been since it opened in 1972, when the M6 was constructed. And, not only is it the only independent on the UK motorway network, you’ll find none of the usual chains operating there – so no Burger King, no Costa, no W H Smith selling newspapers. All the retail outlets, with the exception of fuel, are company owned.

OK, so that is different, I hear you think. But I still don’t get why Harters is mentioning all this on a food board, you also think.

Well, that’s because the owners have a commitment to good food – and food sourced locally. Most of their suppliers come from within 30 miles. And they are supplying not just the café but what is one of the northwest’s finest farm shops and delis. Yes, a farm shop at a motorway services! So, look out of the window and you’ll see sheep – look on the butchery counter and you’ll see their late relatives. We came away with a shoulder of Herdwick mutton. And I reckon the Herdwick is the most flavoursome sheep in the UK - and only raised in Cumbria. It’ll get the “low and slow” treatment in the oven. Expect to see a large range of jams, pickles and chutneys from small local producers – or not so small, as the Hawkshead Relish company. We bought a jar of their damson jam – damsons of course from the Lyth valley in South Cumbria.

As for the café, I’ve had the “Full English” here in the past when I’ve been travelling north to Carlisle for research and it’s been outstanding. Outstanding not just by comparison with the offerings at other services but really good in its own right. So, we had lunch here. Nothing fancy. Just sausage, chips and veg. But this was proper, peppery Cumberland sausage, chips that may have actually been hand cut and the mixed veg certainly from fresh not frozen.

They have the farm shop outlet at both north and southbound buildings. Well worth a stop if you’re on this part of the M6.

I mentioned that Tebay may be “almost unique”. That’s because they recently opened a place on the M5 near Gloucester. No idea how what it’s like but there is the same committment to local produce apparently.

Thank you, Harters! Sorry if I don’t say that often enough.

I’ve enjoyed reading this review. I like that you include a background story and vivid descriptions of the place and food. It’s like I was present and eating. Would love me a few proper peppery Cumberland sausages and hand-cut chips, and of course a local pint alongside (I’m not a driver).

Perhaps I should consider a trip to Cumbria in a near future. I used to eat “English” sausages and “Cumberland” sausages but pretty sure the real thing at the source would put them to shame.

PS: thought you were eating your way through Amsterdam…?

Fun read. And interesting, too.

Last time we drove up the west coast I was hoping to stop in here for lunch. Sadly the hungry toddler in the back had other ideas and we had to eat earlier. One day!

Perhaps I should consider a trip to Cumbria in a near future.

It’s possibly the most “foody” county in the UK. Regarding sausages, we do make an awful lot of complete crap but a good Cumberland style is hard to beat. It’s traditionally sold by length rather than weight. There used to be a guy who came down to my local farmers market and sold them as three foot lengths which, again traditionally, are coiled. He always suggested cooking it in the oven treating it like a small joint to roast.

Amsterdam was an early planning enquiry. We’re just back from Northumberland (restaurant reviews to follow) so it will now move up a notch. Mrs H has the deciding vote on that trip and still hasnt made her mind up when we’re going.

A little off-topic, but here’s an article about alternatives to crowded cities like Amsterdam. Thought it might be helpful.
I’ve enjoying your current post. So different from the vending machine fare at US rest stops! 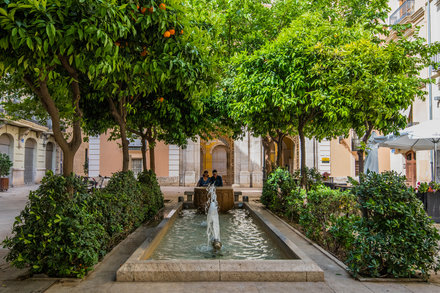 6 Places in Europe Offering Shelter From the Crowds

Daytrippers, cruise ships, home-sharing, cheap airlines: They all contribute to tourism saturation in European hotspots. But there are quieter alternatives, if you know where to look.

It’s possibly the most “foody” county in the UK.

Didn’t know this! I must do a sausage holiday there. I’m fully booked until September next year.

It’s possibly the most “foody” county in the UK.

By the by, I’m reaching that decision based on the provenance of restaurant menu items. My sense is that, much more often than elsewhere, you’ll see a mention of produce being “Cumbrian” or, indeed, much more local references. If I compare that with my own county, Cheshire, about the only references you’re likely to come across relates to the beef being county raised or to Cheshire cheese.