Cultural appropriation part 2: a thought provoking piece by Clarissa Wei about writings of Chinese food in mainstream US media.

A thought provoking piece by Clarissa Wei about the writings of Chinese food in mainstream US media. 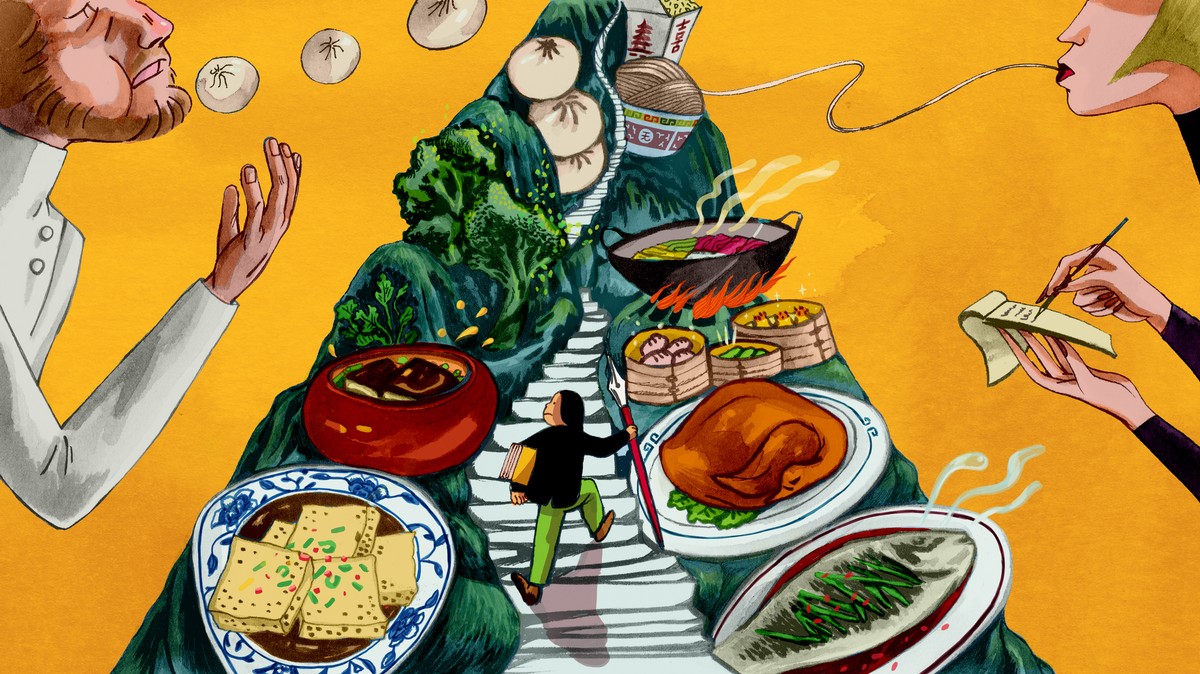 The Struggles of Writing About Chinese Food as a Chinese Person

Growing up, I was the weird kid who adored boiled pig intestines and fermented tofu. So imagine my surprise when the 2000s hit and the food of my people was suddenly cool.

“I don’t air these grievances in a vain attempt of recognition, as a Chinese woman who writes about Chinese food. I write this because history has a way of erasing our role in our own food.”

Thanks for posting. Good article, and irritating phenomenon. Kind of like having a European actor play the lead in Miss Saigon.

I wonder if Ms Wei has seen this. There was a lively Chowhound discussion about it.

Whatever. “My people are oppressed because no one understands or respects our food!”

There are more important fights in this world.

An interesting perspective but I wonder if the data points she uses to build her argument have much of a connection to the argument. It comes over as a loosely connected set of whinges and she seems to have some pretty big chips on her shoulders…or is it just millennial impatience…?

The online recipe writers for example. In any country the writers are most likely to be nationals as they are the people who blog etc. Most of the recipes will be pretty rubbish or copied. And I wonder if the (few) good recipes and/or the source recipes are written by people from the foods culture…I know the ones I tend to use are.

I thought point about the expertise on a food “white chefs” missed the fact that many are the passionate vanguard helping establishing these foods. Often they took a chance on a “novel” cuisine and worked hard to get it recognised. And is it true are there not as many recognised experts from of the same ethnicity as the cuisine. When I grew up in the UK in the '70’s the Indian guru on TV was Madjur Jaffrey, and for Chinese it was Ken Hom.

And isn’t any food that is different tend to get picked on by the ignorant…? I imagine an English kid with a cheese and onion or black pudding sandwich or pork pie in a US school would get as many bad comments…and god help them if them when they tuck into a spotted dick for dessert.

And yes established and more experienced writers get picked first as they are a better economic bet. As newer writers who better represent the expanding multicultural communities emerge they are getting the book deals, TV shows and newspaper columns. Maybe its not just that the writers “are more like them” but its that the writers understand the target market…including that many people still only really understand the Wades-Giles names. They write the articles a couple of years later because they understood the demand at the time.

The goose stuffed into the belly of a lamb may indeed go back to the Tang Dynasty but the Romans (similar time frame) had a recipe for a cow stuffed with a pig, then goose, then duck, and then chicken…so a bit more research may be useful rather than simply laying claim to the Turducken which has a strong European pedigree.

Six of the chefs in the top 10 restaurants in Asia are white men. True but isn’t that because of the number of wealthy Asians who want to eat European food as the restaurants run by these chefs are generally European. David Thompson being an interesting exception as he is recognised by the Thai government for his work in documenting the recipes handed down in families.

Ms Wei is (or was?) part of the Jonathan Gold scouting team. So it is somewhat curious that she would quote JGold as someone who profits off writing about immigrant food, especially I’d think JGold has at least a certain degree of sensitivity when he writes about immigrant food.

As a minority in my adopted country, I am sometimes bemused about mainstream media ‘discovering’ certain immigrant dishes, though I understand the curiosity factor for people who aren’t familiar with the dishes. Somewhat like having a national holiday celebrating Columbus discovering the new world- just ask the Native Americans. I don’t write for a living, so obviously I don’t feel the sting that Clarissa Wei may feel when she or her peers are passed over for pieces on immigrant food that eventually goes to non-immigrant writers.

The title of the piece should probably be something like “Relationship of immigrant food and the majority”, since, like @PhilD said, the author used examples beyond food writing.

I thought point about the expertise on a food “white chefs” missed the fact that many are the passionate vanguard helping establishing these foods. Often they took a chance on a “novel” cuisine and worked hard to get it recognised.

Certainly there are non-native chefs who are as passionate as native chefs about an immigrant cuisine and work to combat stereotypes and do good work in bringing the cuisine to the masses. With that said, the question whether this incremental marketing effort should justify the chefs receiving substantially more recognition of his/ her efforts than native chefs. Or worse, whether non-native chefs who are not even particularly respectful of the cuisine they are cooking should receive the level of kudos for their marketing effort.

As a majority in my birth country, I think this is not necessarily just a white and immigrant issue, but a majority-minority of lesser social status issue. I believe similar phenomenon exists in other countries to people of a minority class perceived to have a lower collective social status.

I don’t know about other cities in the US, but I am glad that where I live, we have a thoughtful food writer of color in Luke Tsai. I am glad not because he is a writer of color, but he also produces excellent food writings that explores both the food of various immigrant cuisines and the culture behind the food, with a sensitivity and perspective that likely owe a good deal to being in the minority.

Six of the chefs in the top 10 restaurants in Asia are white men. True but isn’t that because of the number of wealthy Asians who want to eat European food as the restaurants run by these chefs are generally European.

ETA: That is true, but that’s not the only factor. It is also because the rankings are often run by organizations who cater to immigrants of European ancestry or adopt criteria of assessment that fit closer to the European point of view.