One phrase in this entire article caught my eye: culinary patriotism. Just curious how other HO folks feel about this phrase and the context it’s used. 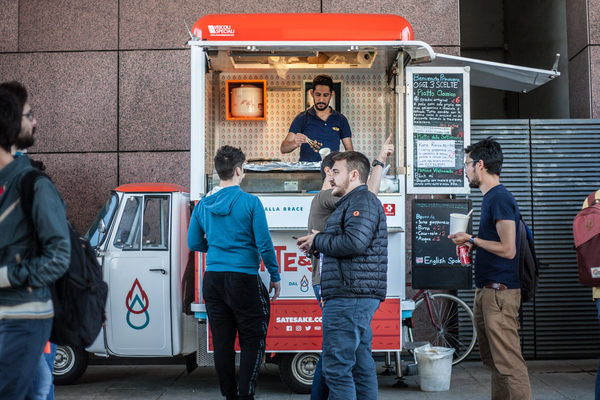 Sheesh, that’s depressing. Not the success of the truck, but the general lack of curiosity about (let alone acceptance of) non-Italian food. Patriotism is not the word I would use. Sounds too positive.

“Culinary patriotism”? A jounalist’s phrase to describe, not very accurately, a politician’s throwaway remark, quoted without context. As ever, though, folk choose to eat what they choose to eat.

That said, I like the phrase and may start using it to describe myself and my enjoyment & preference for British food, particularly the food from my native northwest England. 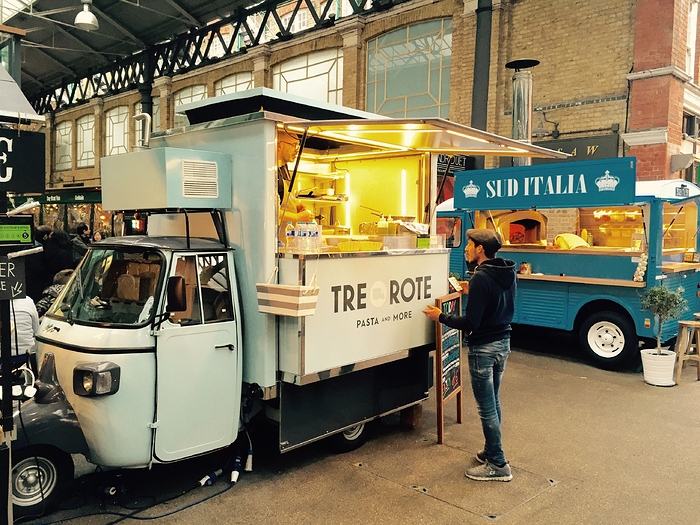 Even deep in the heart of the American Midwest people seem more adventurous.

If you are suggesting that America is more culturally diverse (food wise and other) than any European country, then I’d readily agree. It’s all a matter of immigration - how diverse the groups, whether of the numbers to make an impact, how long established, etc. In Europe, immigration has been modest in relative numbers and, if in any significant numbers, has been quite recent.

Thanks for sharing, @seatygress! Coincidentally we’re just back visiting some friends who live in the Piemonte region of Italy, and despite the amazing regional food they miss being able to find non-Italian cuisine. The native Italians I have talked to in my travels—necessarily a very small sample—are very curious about non-regional and non-Italian food in general.

Regional food is most of what’s available, so anything from outside someone’s region qualifies as novel. (Though on this trip I did spot a poke shop in Milan, which would have been astonishing not long ago.)

Now I want to tell my friends about this food truck in case they’d like to check it out the next time they’re in Turin.

Culinary patriotism in the context of my quick read of the article is really just a non-threatening way of saying - anti-immigrant racism. Very subtle, giving it plenty of cover and wiggle room, but definitely anti-immigrant implicit (if not explicit) bias.

Of course, we all have strong food memories from our childhoods, most of which will likely align with our countries of origin (probably more strongly the older you are and influence where you grew up, since in more urban areas culinary diversity is becoming more the norm for the young population). So “preferring” Italian food (in the context of the article) is NOT the same as refusing to try or expecting that food from other countries would upset your stomach. Those biases need to be unpacked further . . and are often rooted in biases, stereotypes, and racism . . . . IMHO.

Patriotism is not the word I would use. Sounds too positive.

No, I’d use nationalistic and close-minded. The fact that the city of Lucca stopped issuing permits to non-Italian restaurants says a whole lot about their mindset. Not trying pineapple or kebab? Pffffttttt.

I can completely understand not wanting a McDonald’s. I can’t understand not even trying a different food. The fact that his food truck is visited by 90% Italian students shows that the desire is there. So maybe once some of these younger people get into office, they’ll repeal the limits on non-Italian eateries. Maybe.

Culinary patriotism in the context of my quick read of the article is really just a non-threatening way of saying - anti-immigrant racism.

That would be your opinion. At this point, I am supposed to say that I respect your right to that opinion. But I don’t. Having said I might use it as a self description, I find your accusation to be deeply and personally offensive.

What the Hell, here’s the whole thing…

I’m confused by your offense, my intent wasn’t to offend anyone but to discuss the term used in the context of the article. Of course it is my opinion, but that is my read on the phrase based on the article.

If you have a different read on the meaning of the term from the article them please help me see that point of view.

I even called out in my post that I think the article is different than liking or preferring the food you grew up eating, from your own region, which is my take on why you’d like to use the phrase for yourself (from re-reading your post) - but i don’t think that was the intent of its use within the article. . . . .

Hey folks, this thread is quickly devolving into personal attacks, which are barred on HO.

OP here. Wow, didn’t expect the conversation to turn in this direction. Maybe I should have included more context. As an American born person of Chinese heritage, I was thinking along the lines of food traditions / dishes that have disappeared. Dishes that my great grandparents were eating in China that people don’t know how to make anymore. I was considering whether something along the lines of culinary patriotism might help fight the disappearance of culinary traditions.

But as an individual living in the San Francisco Bay Area and being exposed to the rich culinary scene in my area, I wonder if culinary patriotism might be too heavy handed and eventually create a barrier to culinary innovation and diversity.

It’s complicated, and I think particularly complicated to compare US experiences to European ones where in the EU, foodways are a matter of protectionist policy and as such have created some heightened debates around what ‘traditional’ foods are when migrants arrive, open restaurants, etc. In Italy in particular, there have been some virulent intiatives launched under the name of protectionism or hygiene, but curiously (or not so curiously) directed at kebab shops and the like I recall at one time a debate about limiting the number of immigrant food shop/restauarants in the name of protecting Italian food tradition.

You’re correct in your questions, but what you’re seeing here is how the fetishisation of authenticity (particularly when merged with national identity and tourism) combined with immigration (and a much poorer grasp on multiculturalism than the US holds) makes ‘culinary patriotism’ something more than championing a food way, but a possible blugeon to manage other communities.
(Sorry if I’m going on or being ‘political’-- it just so happens I was speaking this week to a nth generation migrant of colour who had been conducting a study around communities of migrants in Italy-- they, too, were from Italy but note how here even the recognition of not being quite Italian persisted. Europe and EU bring in complications that are not part of US discourse and practices.)

But if you look it up, you’ll see how Italy and its government were doing some tricky things. And in that regard, calls attention to what you were just noting: there is a problem when people try to halt something as mobile and changing as food-- which changes as people move and resettle. (And which can become a battleground during a heightened migrant crisis.)

Hey folks, this thread is quickly devolving into personal attacks, which are barred on HO.

Good morning, gaffk. I know that you have deleted two of my posts. I fully understood that they were in breach of forum rules so have no issue with the deletions. I do, however, stand by the remarks made.

Why didn’t your grandparents or parents make those dishes?
Most cultures, whenever and wherever they arrive on these shores, out of necessity and scarcity or absence, used ingredients available here to try and recreate or modify
the recipes and dishes they brought with them.
Usually these dishes are celebrated and scorned as they move into the mainstream over the years.
So 100+ years on, we end up with Olive Garden, Taco Bell, and Panda Express and cuisines that have minimal connections to their heritage.
This idea used to be celebrated as an example of how well the USA idea works, at least till recently.
I always thought of this as a good thing, but maybe I’m off base, to use a baseball term.

You also have to wonder why they decided to use the word “Patriotism”, which is a not so subtle way of putting cognitive pressure on people . . . . essentially, leveraging a person’s identity . . . “if you’re a REAL Italian (in the case of the article) then you eat this - and those people that eat that other stuff aren’t real Italians”. I wonder where in the course of history that “real” line is drawn - before whose immigration or which military invasion in history.

I won’t reply to posts on this thread to keep my posts separate, that way anyone’s issues can be directed just towards me. I respect the site’s decision to delete what they feel needs to be deleted but sometimes these threads help show us our fellow posters personalities.

Nope, not rising to the bait again. I’ll just let you play with yourself.

No bait, sorry I missed them. I wish they were still up.