Has anyone spotted Copper River Salmon in Manhattan retail fish markets? I know several places have Alaskan salmon but even though it may now be a marketing ploy, I always try to get some each season when it’s labelled as Copper River (sockeye particularly.) Reminder: please include [Neighborhood] in your post title above.

I have heard superlatives about Copper River salmon before, but I have never had it. I eat wild Alaskan sockeye salmon regularly. How does Copper River sockeye differ?

It’s probably my imagination but true Copper River salmon (sockeye especially) has a kind of texture that’s firmer than most other Alaskan sockeyes and the flavor is stronger. I say “true Copper River” because I suspect some places put the label on any Alaskan salmon during the season (which starts on May 15.)

I lived in Seattle 27 years ago when Copper River was just beginning to be “highlighted” as something special and it really was distinguishable from other Alaskan (or Oregon/Washington) salmon. I have read skeptical comments from people who disagree, saying it’s all a marketing effort, and while I think there’s some truth to this, I still look out for “true” Copper River around this time of year.

The only Copper River salmon I’ve had came from Costco. Yes it was firmer but the taste reminded me of rubber tires. Not a fan but it could be Costcos source

Getting consistently excellent cr salmon at our local fish store (Hamden ct). @ $40+ per lb. def better than most salmon and well worth the premium price.

Did you try the lobster place in chelsea market? Their website is kinda useless, but since they are mainly a wholesale to restaurants company they get some unique items. Call to check of course first

I was there last week and though they had king salmon from Alaska, nothing labelled as Copper River. (A few years back, there was a NY Times article about “fake” wild king salmon being sold in NYC but as I recall, the Lobster Place was one store which was found to be selling real chinook.)

I would still say it’s worth the phone call to ask, might be special order item that they don’t stock at the retail counter. There’s just got to be a restaurant in nyc buying it wholesale to serve if it’s in season… 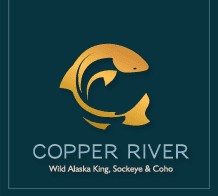 Copper River king, sockeye and coho salmon is harvested by the 540 gillnet fishermen in the gulf of Alaska. The same fishermen bring you wild Alaskan salmon from the waters of Prince William Sound. Premium wild Alaska salmon, Copper River and Prince...

Perhaps those Lobster Places still open can provide it? It’s a start. I hope.

The locator can be a bit ‘off’. Best to confirm availability first. I searched near my home and it showed a nearby mall had it, but it didn’t say which shop. There’s no fishmonger in that mall and no grocery store besides Trader Joe’s.

I just bought Copper River salmon at the Whole Foods near our house in NJ. It was labeled “Copper River Sockeye” and cost $29/lb., down from nearly $40/lb. a couple of weeks ago. Prices have always started out very high and then come down when the supply increases. Last year, the low point was around $16/lb. But I’ve read that the overall supply this year is down which would account for the price remaining so high.

Edited to add: I have found a big difference in flavor between Copper River Sockeye and Sockeye from other sources. I only buy Copper River since I don’t like the flavor of the other. When Copper River season is over, I switch to King.