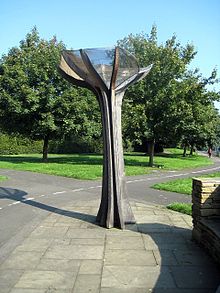 I’ll have been wrong in my assessment then. Thanks for the info. From the recipe names listed by RainyRamone, I can see several in American English so obviously sufficiently popular to produce a different edition. Must have been a slip by her editor, letting the “forced rhubarb” through to an audience which presumably may not be able to get it. Better to have just written “rhubarb” although outdoor rhubarb is coarser and not as sweet as the forced variety.

Me, too. I turn on the oven, fix myself a cocktail, stick the dish in the oven, then run out of the kitchen with my drink.

Correct; the rhubarb we buy at the supermarket, here in the States, is probably forced, and we simply refer to it as ‘rhubarb’. Living in California, there are a few types I can grow in my home garden. I used to be good about forcing the stems, but I usually just let it go. And I agree, the shorter, unforced stems are perfectly usable, but less tender.

For either book, there are likely a good number of recipes available online — search by exact recipe name is usually a good bet.

Yes, all Nigella’s books have been published with US editions, going back to How to Eat. A few years ago, when At My Table came out here and she did an American book tour, I went to a signing event at a local cookbook store to get a copy for a friend, and the place was packed to capacity. I’d say she has a pretty solid presence here.

I’ve been really off my cooking game recently, but I Dream of Dinner seems like the kind of book that would be fun to cook out of, so I’ve put it on hold at my library.

Can someone who has a copy of I Dream Of Dinner tell me if the Caramelized Black Pepper Trout is essentially Vietnamese Caramel Fish — and if it’s described as such?

As I’m going through the EYB recipe index, I to see a lot of “punchy” international ingredients applied, so I’m just a bit curious as to whether there’s cultural attribution.

The author has nearly non-existent headnotes for the recipes, so there is no description. The recipe is quite a bit like Vietnamese fish in caramel sauce except that it contains vinegar, and it does not contain fish sauce. So similar, but not identical. There is note following the recipe that reads as follows:

Anchovy Elixir, which is a versatile sauce, dip, or dressing

I don’t profess love for anchovies on their own, but (thankfully) I ate and loved bagna cauda before I knew what it was!

This was oddly appealing to me as well.

I’m also going through the recipe list of I Dream Of Dinner on the Amazon preview – was too hard to parse on EYB.

Made my first recipe from the Slagle book last night. It’s the corn & feta salad with steak. Very delicious and easy. Here’s a bad photo.

There’s something about the recipes in this book—people who come over keep picking it up and saying it looks appealing. I wonder if it has to do with how concise the recipes are. 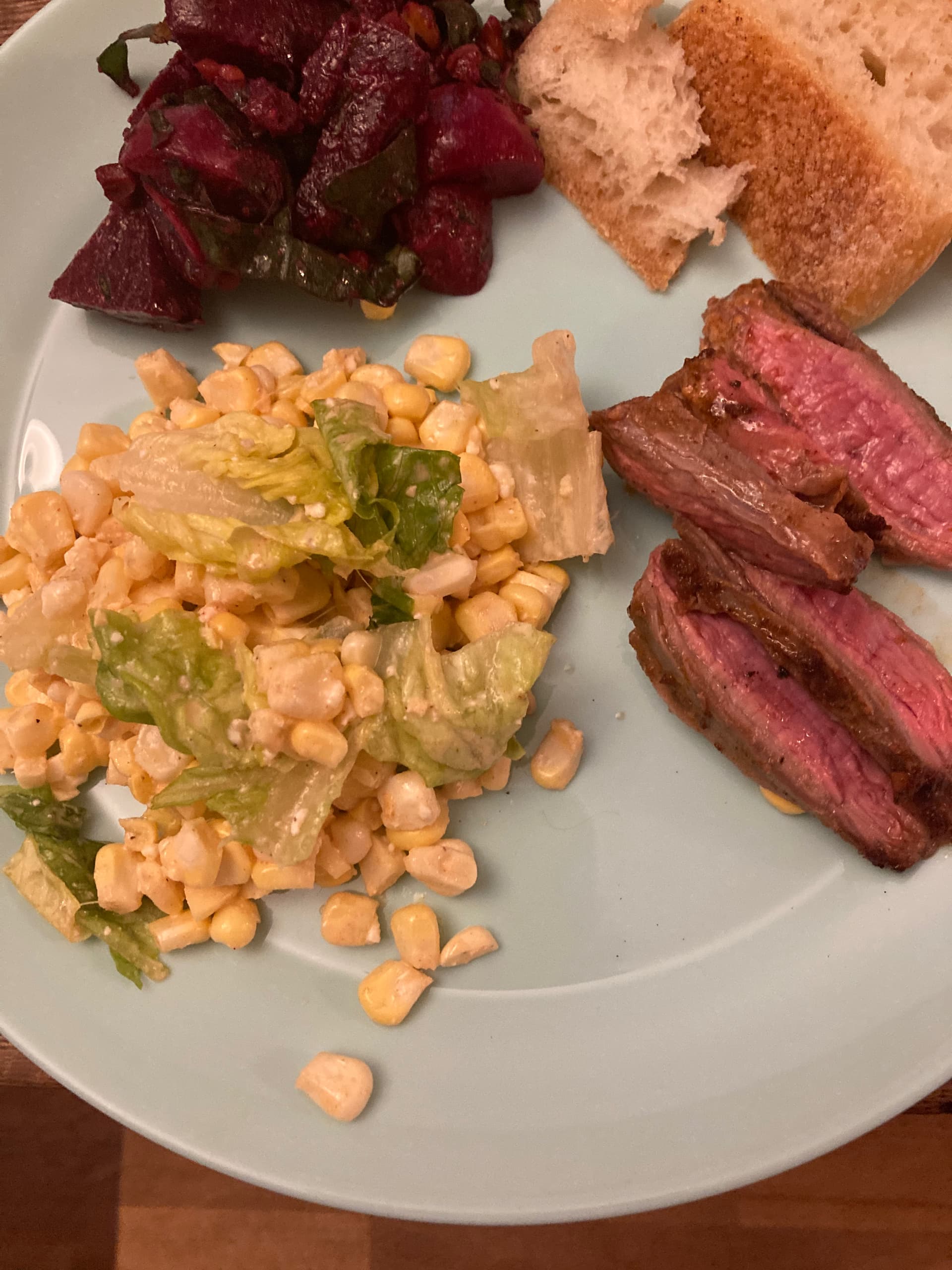