Maradana Railway Station (Est. 1908) is one of the two main railway hubs in Colombo, besides Fort Railway Station 2kms away. Maradana serves as the main inter-city and commuter train hub, which we used to go down south to Bentota. Like other railway stations in this country, it’s British-designed and built, and looking at its structure, one won’t be able to tell if one is, in fact, in Sri Lanka or England!
We were here at the crack of dawn to catch the 7.30am train out. 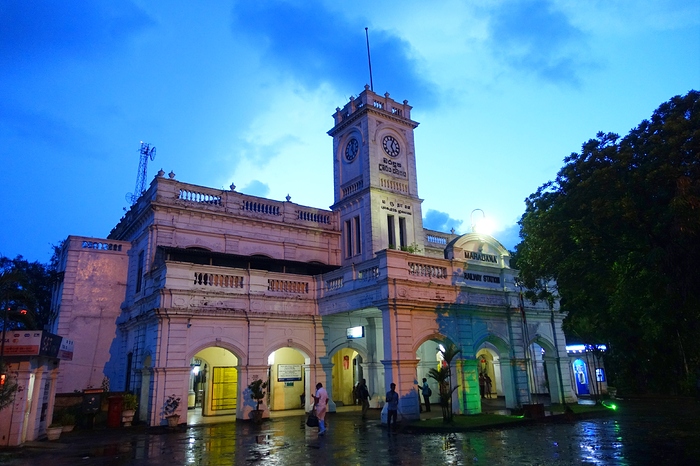 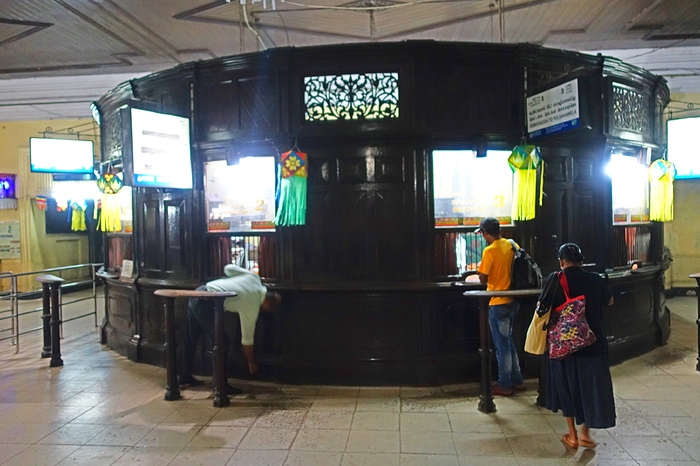 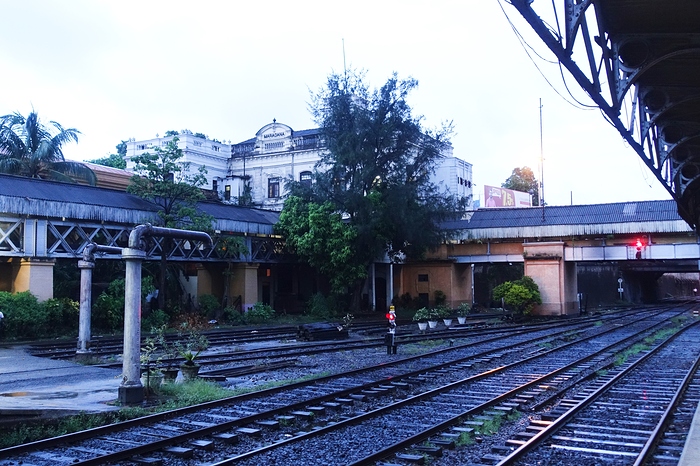 As we heard that there was no buffet coach on our train for the 2.5-hour journey to Bentota, we decided to catch a quick bite at the small, worn-out-looking cafeteria next to the train platform. The glass cases were packed with bread-rolls, some sugared, others filled with cream or jam, or frankfurter sausages. 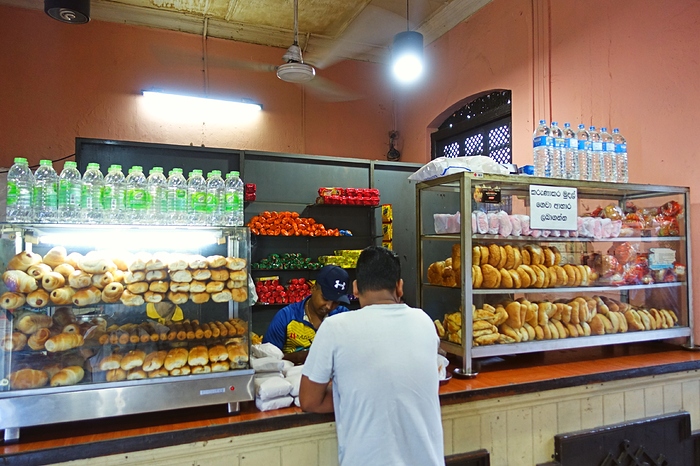 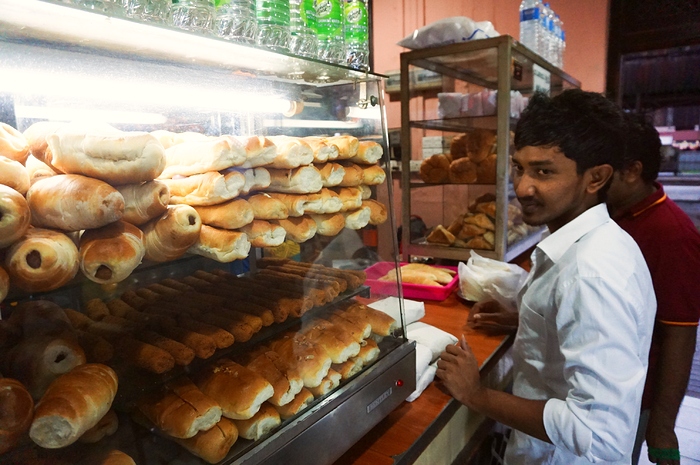 We got a couple of mugs of hot milk tea, heavily-sugared. 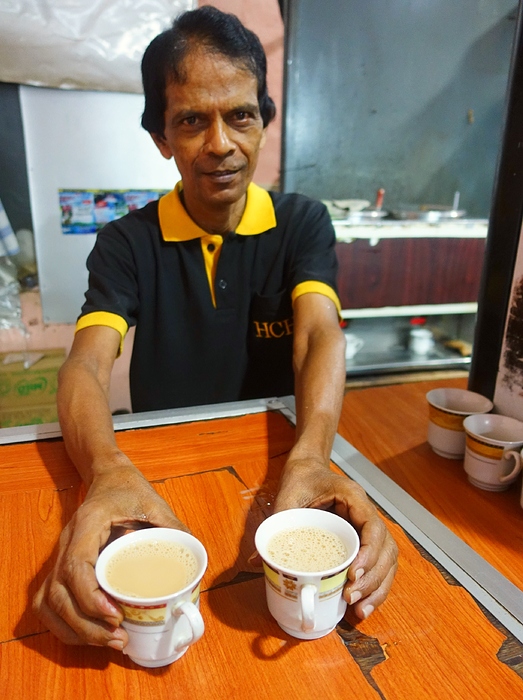 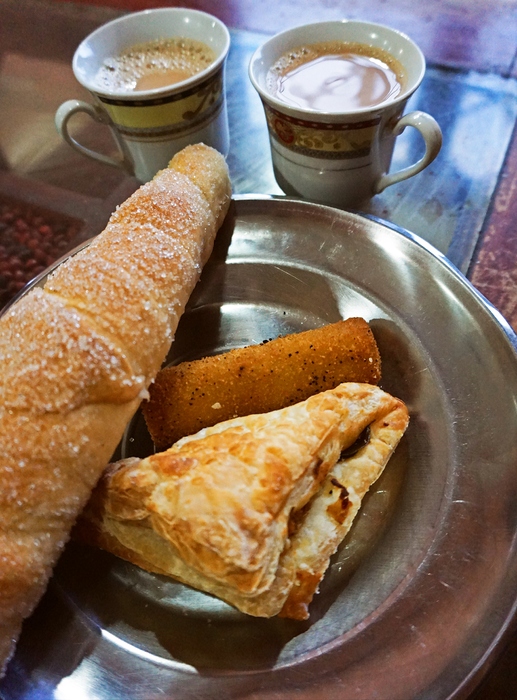 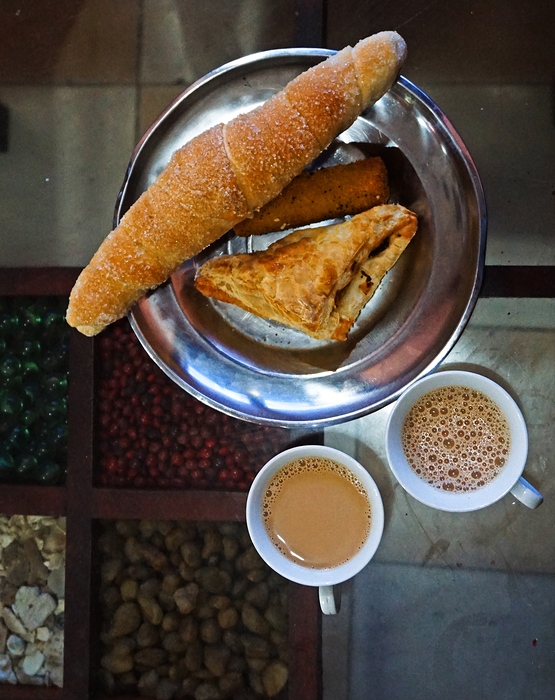 Mimicking the locals around us, we dunked our sugared roll into our tea, making it very much more palatable. 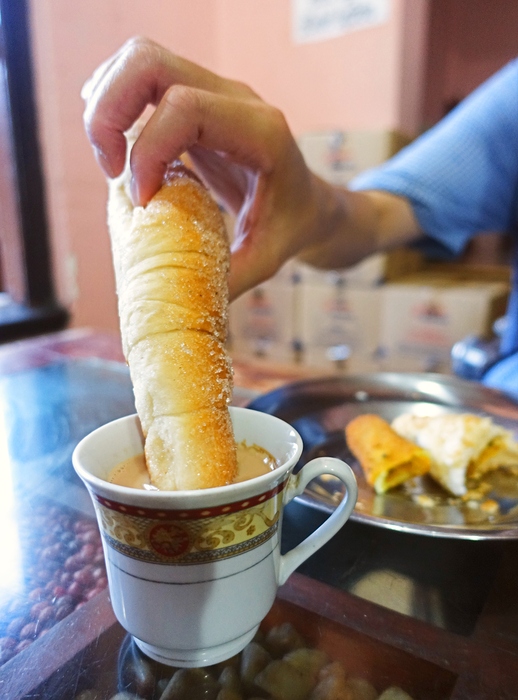 The train journey which followed was very much more interesting than the meal we had. The railway track hugs the rugged coast south of Colombo, and is aptly named the Coastal Line. 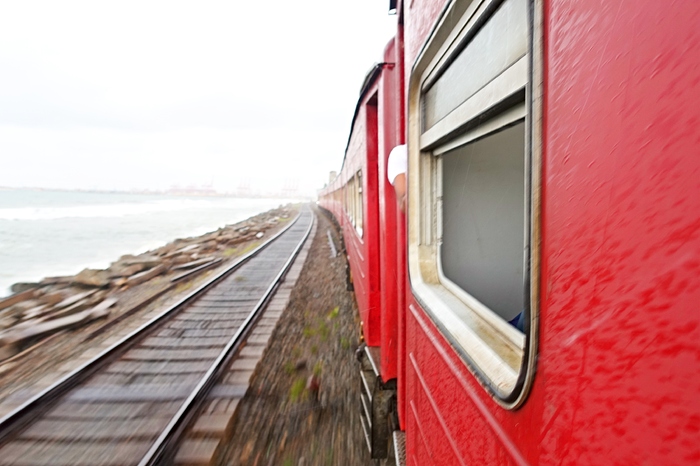 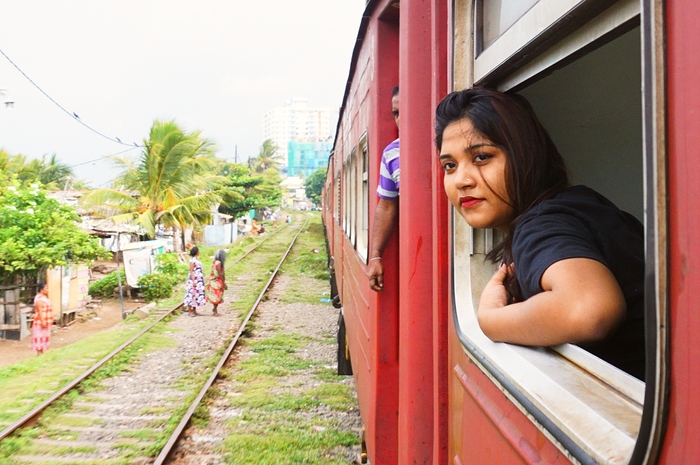 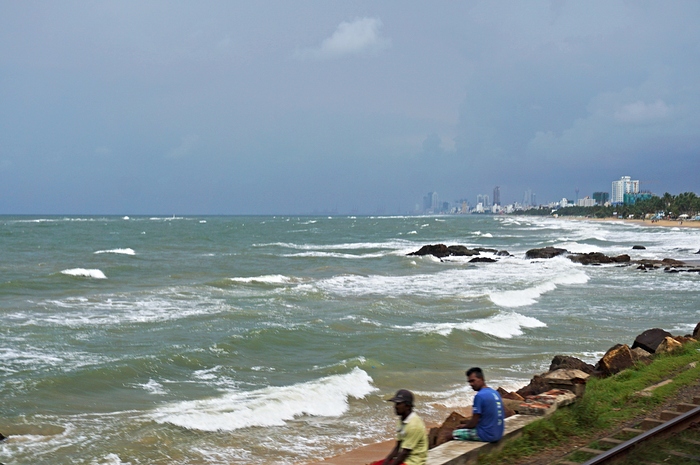 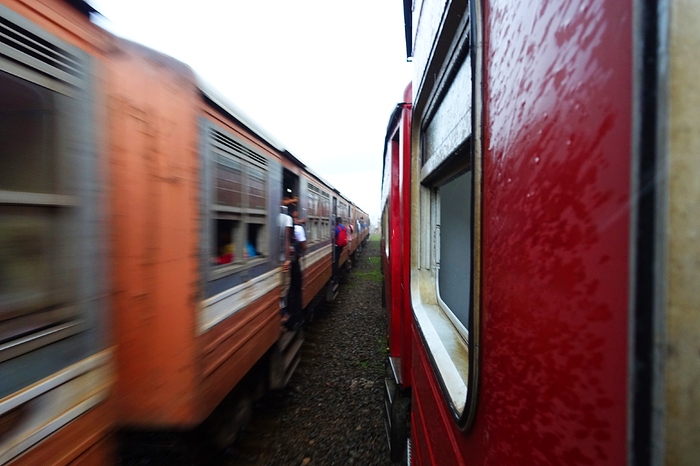 Do double-check your train before boarding, and also talk to the passengers on-board just to make sure - both times, to and fro Colombo, we got on the train on the platform given to us, only to be told that it was the wrong train, and ours were actually on a different platform. 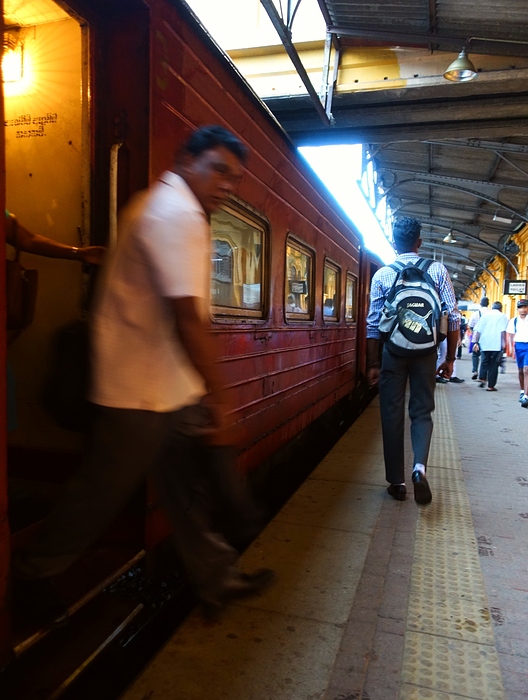 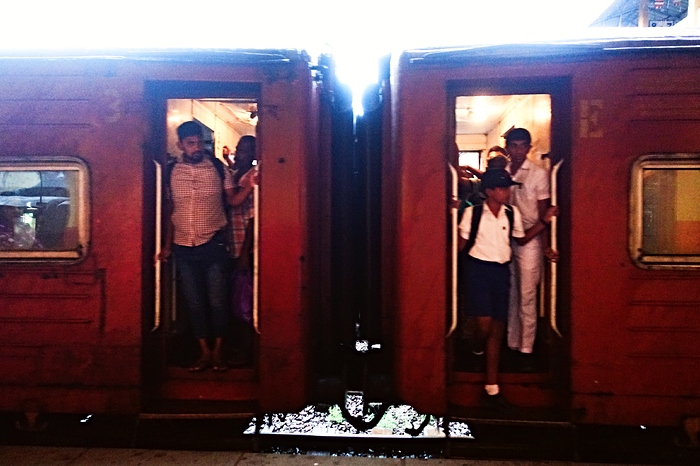 Minor hiccups like this aside, it’s a beautiful country and I strongly suggest this train ride along the Coastal Line. Just remember to pack your own sandwiches. 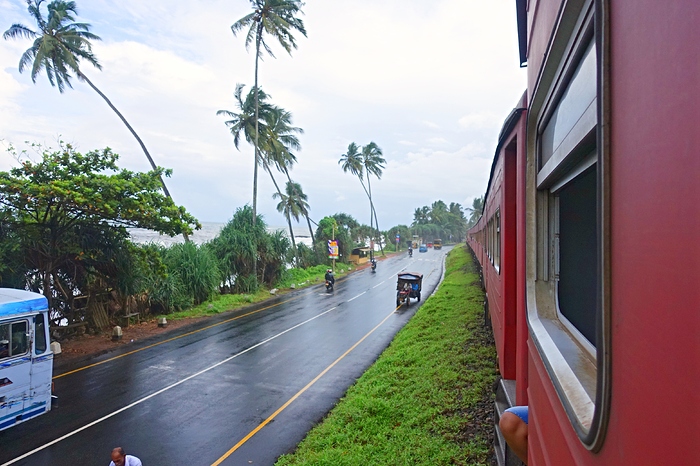 I apologise in advance for the blatant sexisim - but I can only say that the photo of the young woman prompted me to say to myself - PHWOAR.

Want to do this. Good to know it’s not as crowded as trains in Bangladesh and India. Horrific to travel there. My former teacher said she got scammed, train ticket she bought was a counterfeit! That’s in India, btw.

Have to say, you have a gift for making the mundane, delightful.

pted me to say to myself - PHWOAR.

Have to say, you have a gift for making the mundane, delightful.

It has become something of a contest between myself and a friend of mine - to go into the most decrepit eatery, or a tired cafe - and take beautiful photos of the place and the food they serve, so as to make the place look impossibly interesting.

Good to know it’s not as crowded as trains in Bangladesh and India.

Yup, Sri Lankan trains are relatively comfortable and never over-crowded. This train was from Aluthgama back to Colombo, a pleasant 2-hour ride along the coast. 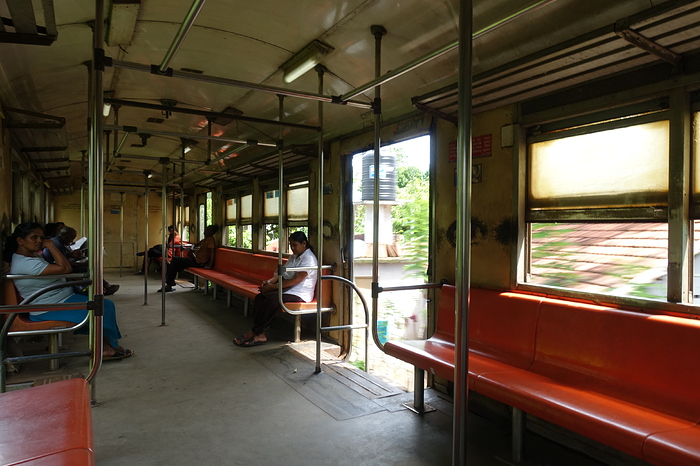 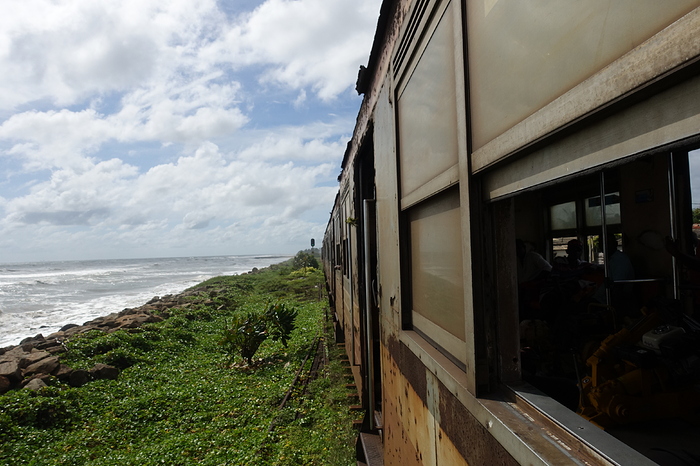 Is it possible to persuade the friend to join our community?

It’s the 3.00pm train, so outside rush hour. We reached Colombo at 5pm, just as people are trickling out from their offices. Colombo’s streets are very orderly, though - you won’t see the masses as in Chennai, Bangalore or Mumbai. It’s more akin to Singapore than any Indian city I’d ever been to.