Coal Drops Yard is an upscale development about an eight minute walk behind King’s Cross Station, just next to Granary Square (where the King’s Cross Dishoom is). The viaducts along the canal have been transformed into shops and a few eateries. The vibe is a lot more East London than North London, with a French raw denim store and a place where you can buy a bra for £65.

I stopped first at Morty + Bob’s. Based on the name, I thought it might be a New York-style deli, and the idea of a pastrami sandwich was just the ticket. Instead the menu was based around luxury grilled cheeses and cold-pressed juices, so I went exploring further as life is too short for £8 grilled cheese.

Bodega Rita’s concept is based on sandwich places in NY, LA and San Francisco. The menu is short, with only five sandwich options, and while there are a few small tables inside, I can see how this might be a popular take-out option for the Google and ad agency employees based in Pancras Square. I ordered the “Purse First,” which the employee described as the best coronation chicken I’d ever have. It was a really beautiful creation, dusted in a chili powder, with big chunks of golden chicken. The lime pickle felt a little heavy-handed and too sharp given that the sandwich itself wasn’t as sweet as coronation chicken sometimes is.

Not sure that I’d make this a destination but here’s a list of the other restaurants for those who transit via KGX frequently:

Coal Drops Yard features stores and restaurants that you know (but perhaps not as you know them), and some that you don’t. This is more than a place to shop 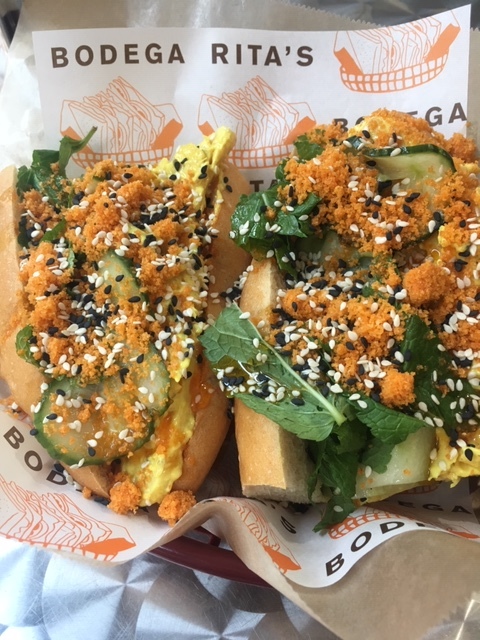 wasn’t as sweet as coronation chicken sometimes is.

I think sweetness will be the more traditional. I’m old enough to remember when we first started to eat curries in the early/mid 1970s - they were always served with sweet things - raisins, bananas, etc. Now I know coronation chicken predates that by a couple of decades but I suspect flavours in it, as the flavours in the sandwich, will have reflected the tastes of colonial Britons.

I actually like the sweetness in the usual version – it’s from apricots, right? The extremely sour lime could have worked well there, but given that the curry itself wasn’t sweet, it was overpowering in this sandwich.

Yes, apricots - and a pinch of sugar. I had to Google to check and found this link which claims to be the original 1953 recipe (although I’m surprised to see creme fraiche used in such a British recipe of that era) 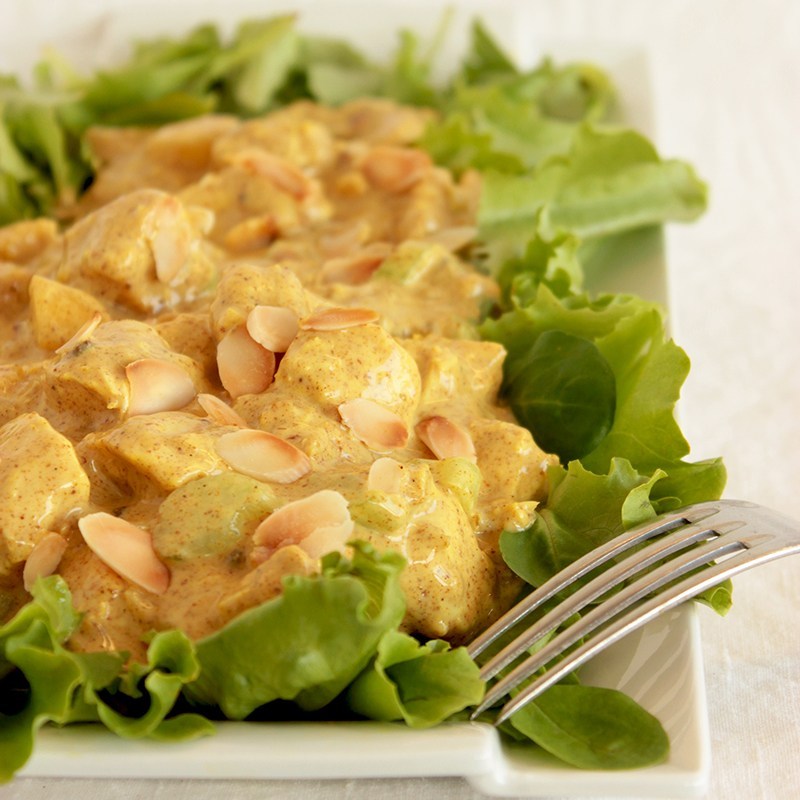