As long as they keep Julia…

And Dana Cowin is leaving Food and Wine 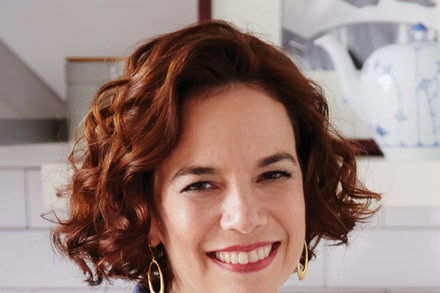 She will retain a connection to the publication as chief creative officer of Chefs Club International.

I like Chris mostly, even if a lot of people don’t. Preferably they promote Julia or Bridget (or both!) to present rather than bring in someone new.

Also I wonder if this hadn’t been in the air for quite a while (it was rumored earlier this year at least). I don’t get to watch very often these days but there were a few youngins brought in as guest cooks once in a while, as if they were testing new talent. Never know.

Undoubtedly the no-advertising policy of CI will be axed, followed soon by a move of the ATK show from public to commercial television. Then a change of hosts to . . . Hillary Duff perhaps.

it can’t be a bad thing – I stopped reading the editorials in CI because his awshucks I drive an Audi but I’m just folks ramble is like nails on a chalkboard to me, and I only rarely watch the program because he’s like a black hole of joy – his presence seems to just suck smiles and happiness right out of the air.

Not a bad thing? This is a teleological argument for the existence of God. Give praise.

I would love Jack Bishop as the host, he is so cheerful and knows so much about food

I don’t mind Chris but I agree with sunshine, he is a black hole that sucks happiness!

I don’t know when the Kimball-free ATK debuted, but happened upon it today. I missed the first 10 minutes but the closing music was the same as was the overall format. When I came in, Bridget and Julia were working together. Bridget’s new hairstyle seems ramen-inspired; Julia’s is short and smooth. Dan Souza had his own segment about heat comparisons of cast iron and stainless/aluminum clad. This show seemed to focus on “cast irony” - touting the virtues of cast iron at a time when Kimball is promoting carbon steel over cast iron. NOT, methinks, a coincidence.

I actually like it without Kimball better than with!!!

Are you guys getting these on Create?
Because we’ve still got Chris here in tinytown Oregon.

Not Create. Here in the Boston area, we get 5 PBS channels over the air. All are versions of WGBH. The show was on WGBX 44-1, which runs a variety of newer PBS programming. It will come to Create, 44-3, sometime in the future.

Caught the first episode on 8 in Houston Saturday morning. First, immediate impression - the pacing of the show has really picked up. Not only gone is the folksy CK, there were no shots of the rocker on the porch or the rustic farm buildings, and the whole energy level is higher. That’s undoubtedly deliberate. Bridget seemed particularly elated and Adam Ried in the Equipment Corner seemed practically manic by the end of his run through of the various paper towel holders that were tested. That segment also seemed to last longer than usual.

I’ve long thought Bridget or Julia could handle a show by themselves, individually.

My disappointment is that they’ve kept the artifice of having one or the other of them on camera when something is being prepared and the other explains the process to their fellow employee instead of the TV audience. Except for the Gadget Girl segment, CK was always on camera in every segment and all the others directed their comments (and appreciative gaze) at him. I was hoping they’d just have the cooks address the TV audience directly instead of instructing another employee.

8 used to play ATK and CC back to back on Saturday mornings; last week I noticed CC was gone (an older rerun is aired later in the day). I didn’t see an episode of CC this weekend.

rocker on the porch or the rustic farm buildings

That’s only on CC. This was ATK, I believe. Since CC was filmed on Kimball’s farm, I have my doubts that it will continue unless he does a Milk Street version…or should that be Dairy Barn? Also wondering if PBS affiliates will air BOTH Milk Street and the Kimball-free ATK, what with the lawsuit against Kimball.

[quote=“brucesw, post:14, topic:2150”]
Caught the first episode on 8 in Houston Saturday morning. First, immediate impression - the pacing of the show has really picked up. Not only gone is the folksy CK, there were no shots of the rocker on the porch or the rustic farm buildings, and the whole energy level is higher.

I agree with this - that’s how I felt. Now I just wish you could get the recipes on line for free…

The thought occurred to me after I posted that I had confused the two shows.

IMDB is not showing any ‘new’ (since Kimball left) episodes. My Directv guide shows the first of the new ATK shows airing on KOCE Los Angeles on 1/21/17.

We had the first in NY two weeks ago

WTTW in Chicago shows two episodes back-to-back on Saturdays, this past week the first episode had Kimball in it (Pork and Pears) and the second didn’t (Cast Iron Secrets). I’ll probably be in the minority here, but I prefer the ones with Kimball. The whole schtick of the show is (was) a professional cook teaching a non-professional how to make a dish. Having two pros discussing the dish just isn’t the same.