I attended the opening of an exhibit, “Chinatown Home Cooking,” at the Chinatown Community Development Center event space at 41 Ross Alley. It consists of a short film “Sunday Dinner” which was shown at last year’s CAAM Film Festival, plus photographs and stories of four Chinatown home cooks.

One of the handouts was a flier with a map and listing of Chinatown markets on one side, and a separate list of markets and delis by specialty on the reverse. The markets map isn’t complete; off the map are two of my favorites, Sun Kau Shing at 1352 Stockton, which has some of the best prices for pantry items in Chinatown (my beloved Lao Gan Ma Spicy Chili Crisp is only $1.99 a jar there), and Komi Foods at 898 Stockton, which carries unusual items like the DIY Luosifen (Snail broth rice noodles) kit which I successfully navigated. 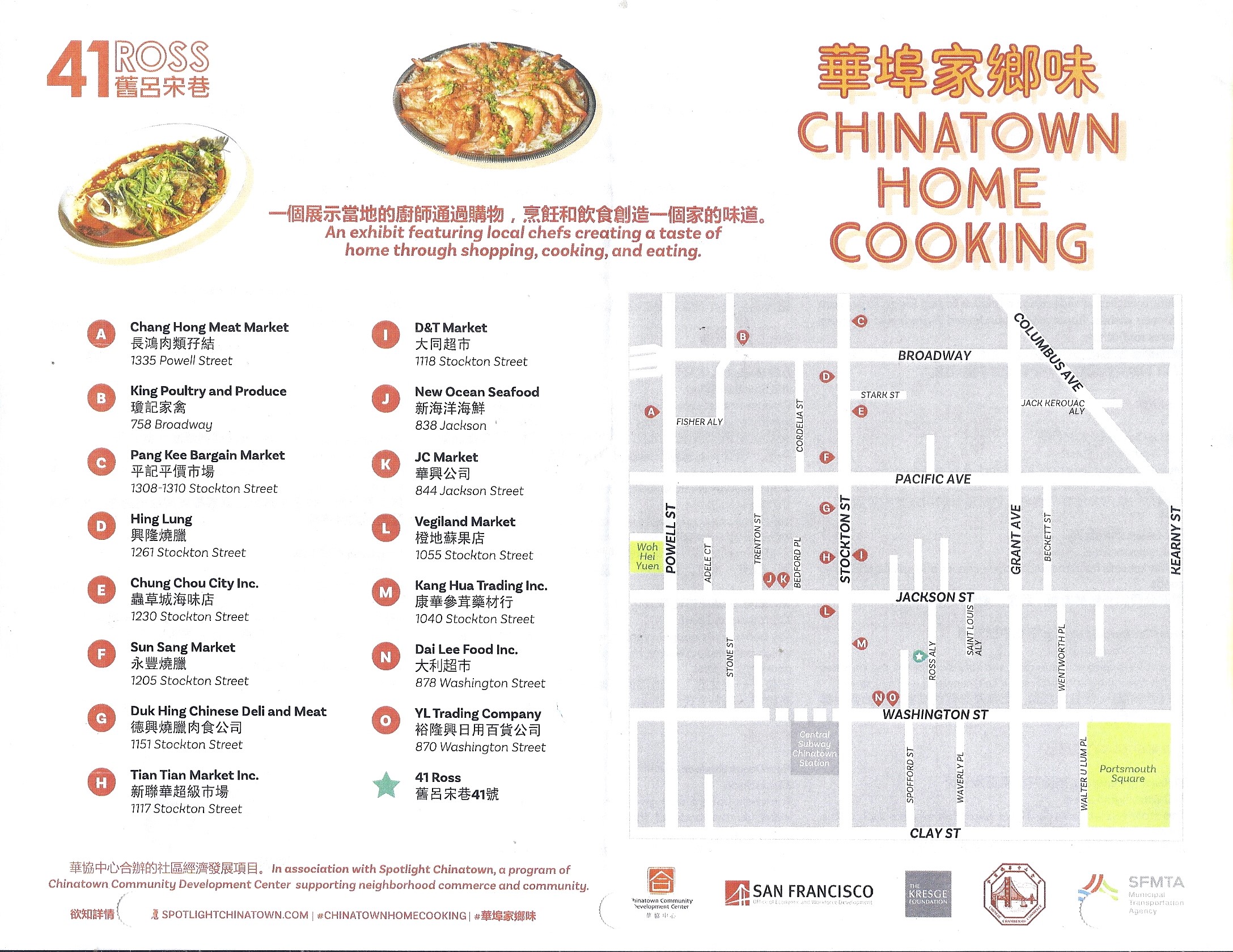 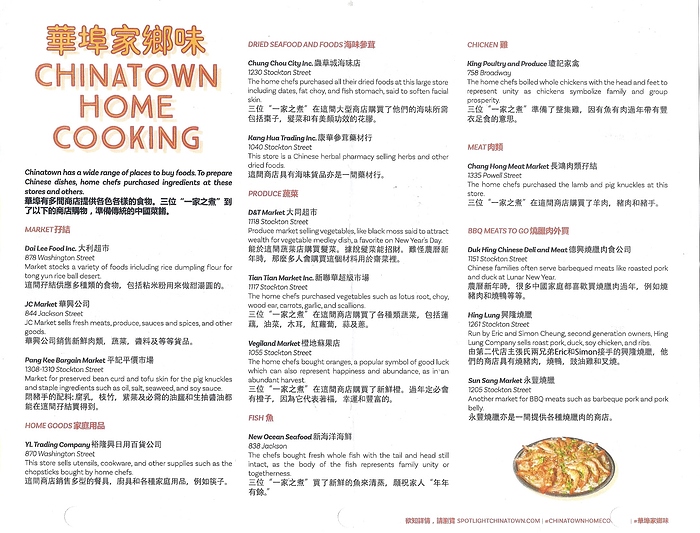 Here is the flier for the event. There were live cooking demonstrations at the opening, though I don’t know if they will be repeated. 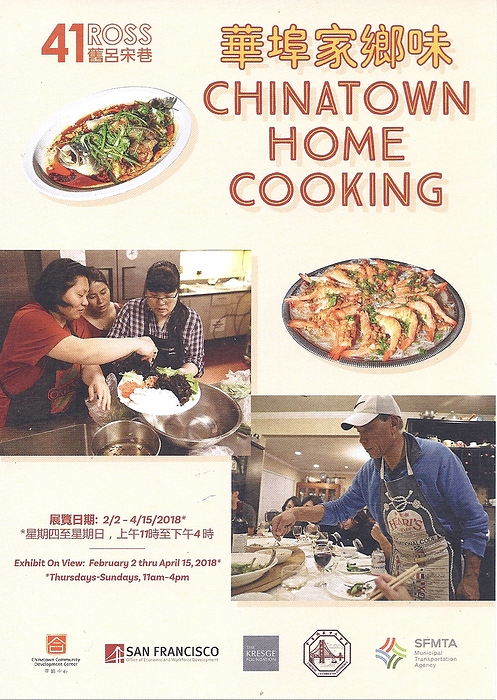 Thanks for posting about this. It looks like an interesting exhibit to visit. The hardest decision would be where to eat after! Suggestions?

I wish I’d had this when I was living in SF part-time! Getting to Chinatown from the Castro was a complete pain, and not knowing what I was doing when I got there pretty much kept me away.