Childhood books that introduced you to new foods

I was reflecting upon one of my favorite books as a kid - Harriet The Spy.

She was a girl of specific habits who lived in Manhattan. It was from her that I first heard of an egg cream. As a child raised in the south this seemed quite exotic. I couldn’t wrap my head around what it could be and why it might taste good.

It took about 15 years until I could finally taste one. Harriet was right - it was delicious!

Was there a book or rhyme that caused you to ponder an unknown food or drink?

Turkish Delights from the Lion, the Witch and the Wardrobe. I never heard of them and couldn’t imagine what they could be. I had them as an adult and sadly wasn’t impressed.

This blog writes beautifully about foods from fiction. Recipes too! Scroll down for the children’s books!

I had them as an adult and sadly wasn’t impressed.

My experience echos yours. A confection with such an evocative name should taste of magic and explode into a million sensations in your mouth!

Hmmm - think it would have to be Stone Soup followed by Farmer Boy, in the Little House on the Prairie Series. I was shocked to realize there were other foods in the world besides Campbell’s soups, Wonder Bread PB&J’s & Rice Kripsies! Not really but almost

Turkish delight here, too! And, although I didn’t read them as a child, the Harry Potter books introduced me to all sorts of British foods (like custard creams, which I never would have guessed were sandwich cookies).

Yes! This was the first book that came to mind. This was my favorite book in that series.

It seems like the book was all about the food on nearly every page, not so much about farming and all the hard work they had to do to grow that food! At least the food preparation and eating together is the part that stick in my mind, perhaps it’s because I am food focused, ergo I’m posting on this website.

I was a huge Nancy Drew fan from about 10 years old on.
Fifty years ago.
The food scenes I thought about the most. Yes, I’m quoting from books I have here😊

The Sign of the Twisted Candles: “We shall have jellied consommé, sliced breast of chicken, hearts of lettuce with Roquefort dressing, nut bread with sweet butter and mocha layer cake”.

The Witch Tree Symbol: “There were brown and yellow and white cheeses, red, purple and white grape jellies. A platter of huge slices of homemade bread, dishes of apple butter, stewed peaches and canned cherries… Also there were pickled onions, sour cantaloupe and corn relish. For a boiled pot pie, made of rabbit and fluffy two-inch squares of pastry.”

Food was a recurring theme in the ND series which I loved almost as much as the mystery.

ETA: I thought about ordering the ND cookbook for my granddaughter but after checking out some of the recipes online decided not to. The food sounded a lot better in the books. Enough said.

The first time I had Turkish Delight, it was from a vending machine in Victoria Station on my first trip to London. I was very disappointed - THIS is the best the White Witch has to offer? A couple of decades later, a friend brought back a few boxes of the good stuff from Istanbul and I was like, oh, I get it now.

From the Laura Ingalls Wilder series (can’t remember which book, exactly, but an early one), I remember the maple syrup poured out on the snow, the fried pig tail, and the mock apple pie made from - if memory serves - green tomatoes.

For some reason I don’t recall the food in the Nancy Drew series. I think the freedom of a teenager with a car had most of my attention! Plus the excitement of solving mysteries of course.

It is interesting that food was a recurring theme, especially since there were a number of writers!

I too was fascinated by the the food and details of harvest and preserving in the Little House books.

These books have inspired so many. I have read quite a few interviews with growers/producers/chefs who cited the series as what sparked their interest in exploring food in a sustainable farm to fork manner.

Perhaps it made such a generational impression since we were being raised in a world where most of us had little understanding of where our food came from or how it was grown?

I found the following interesting:
https://digitalcommons.unl.edu/cgi/viewcontent.cgi?article=1066&context=historydiss 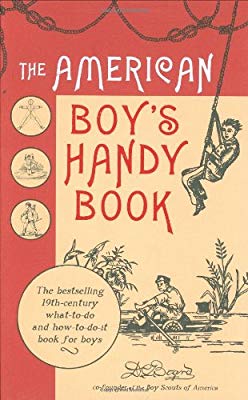 Fascinated me especially learning how to camp, start a fire pit, hunt for food. Outdoor living.

I love ham but hate eggs, I can’t imagine eating green ones. I’m trying not to…

I love ham but hate eggs, I can’t imagine eating green ones. I’m trying not to…

I had a “green egg” crumpet at a crumpet shop in Pike Place that was just egg with a basil pesto – very green and very tasty (at least to someone who likes eggs!).

Harriet the Spy was one of my all time favorites. I grew up in North Carolina and I did get Harriet’s love of tomato sandwiches, though egg cream was completely exotic. I don’t remember the foods at all from Nancy Drew and the Bobbsey Twins, series I also loved. But…Sydney Taylor’s books about a Jewish family mostly of girls (5 sisters and then they get a brother) growing up on the Lower East Side in NYC were feasts of foods I’ve never heard of. Well, we had lots of pickles in NC, but not the large pickles in barrels, and the street food chickpeas, and so much else…a window on a very different world that was so enticing!

Then a book with a few illustrations…I can’t remember the name, maybe by Beverly Cleary? One girl came to school each day with the most delicious packed lunch…tomato soup, fried chicken, multiple courses…a boy classmate was so jealous. I think the girl’s mom worked at a hotel and the packed lunch came from the hotel restaurant? The boy saves up his allowance and goes to the hotel to et the same multi course meal… I really loved that one!

not only did Nancy have her "roadster’, she was free to roam and solve mysteries and encounter dangerous situations and not go to school except to visit boyfriend Nick’s university for parties, and row boats and trains, and use other forms of transportation not available to me. I don’t remember any food in those books but that cooked by her housekeeper, Hannah.

I found the book about the King Charles Hotel and the fancy lunch, packed by the girl and bought by the boy at the hotel restaurant: What’s for lunch, Charley, by Margaret Hodges, published 1961. I was familiar with all the foods in the story, but the “crush” the boy had on the girl and her food, and his experience going to the fancy restaurant, were deeply engaging to me. I got the paperback from one of those school Scholastic book fairs.