Had dinner at this lively restaurant in the West Loop neighborhood run by Stephanie Izard of Top Chef fame. Mostly small plates, my server recommended 2-3 dishes per person. I was dining solo and they have half portions on some items which was nice, allows you to try more things.

Pretty good, creamy chickpea puree thats deep fried, tangy yogurt sauce with some bits of I think mango. Outside of the fritters maybe could have been more crispy. 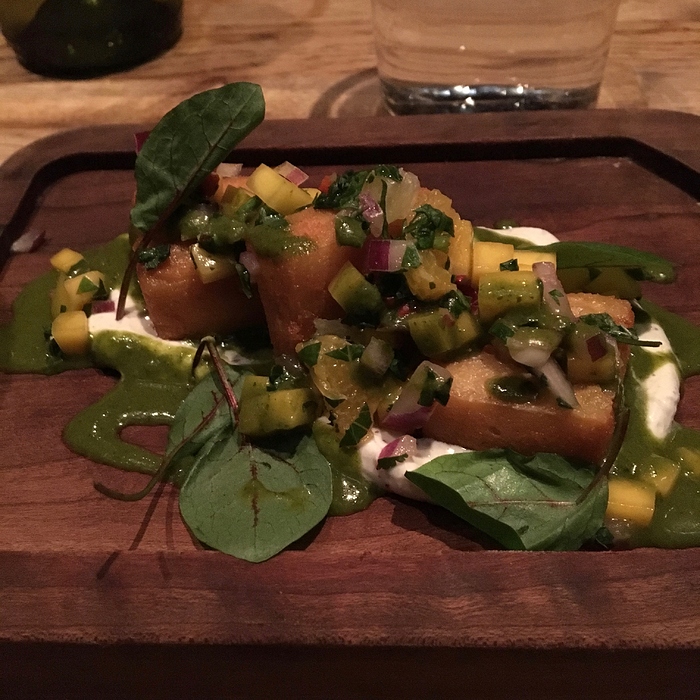 Couldn’t really go here without trying something with goat in it. They have a section of the menu dedicated to goat dishes. This was really good. Crispy wrapper. Sweet queso fresco on top, with a tangy sauce. Good juicy goat filling. I probably could have eaten a full order of this. 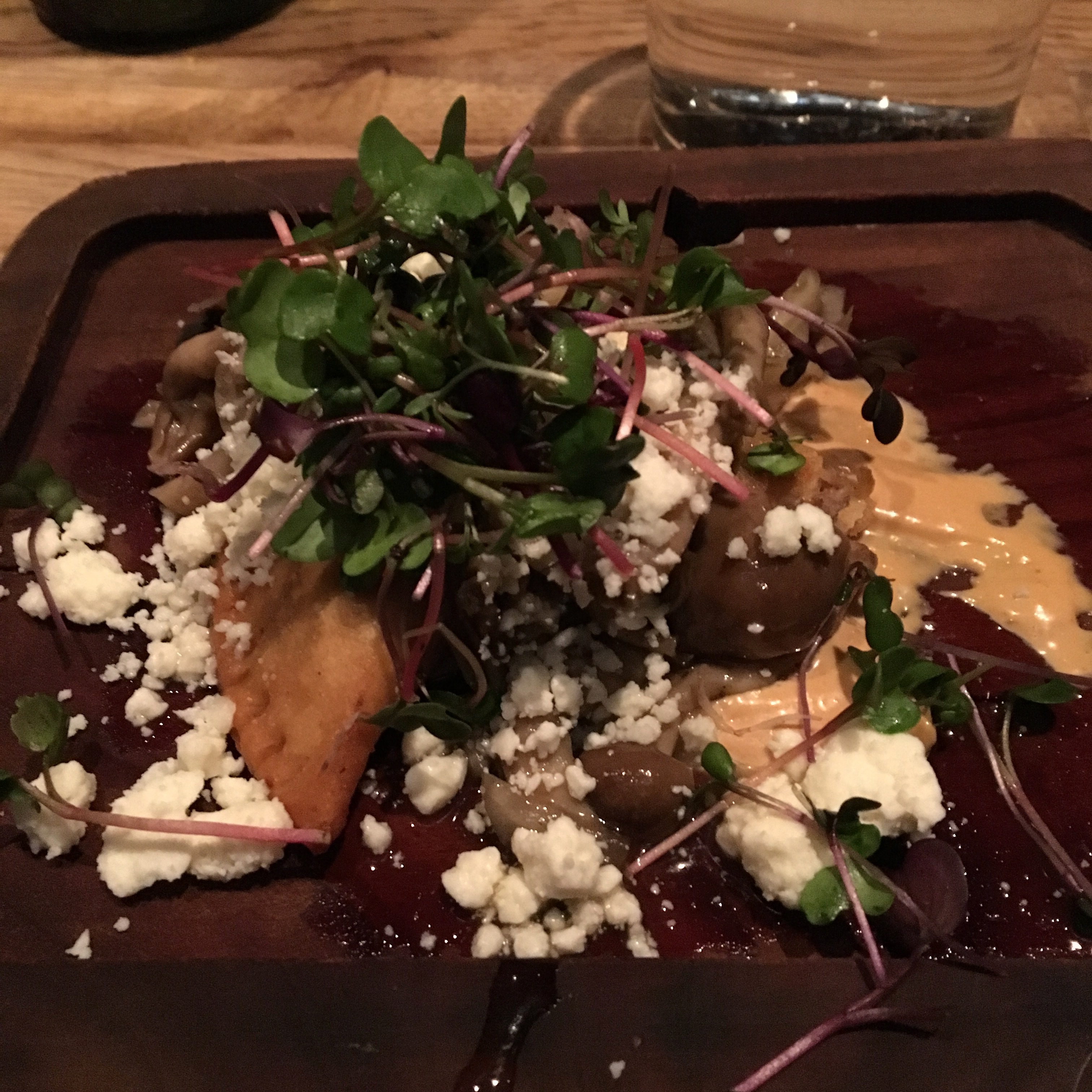 This was awesome. Was instructed to mix it all up. Pig face tasted a bit like a seared pork belly but less fatty. Soft but with a sweet caramelized exterior. The egg was runny and mixed in with the crunchy potato sticks. Lots of contrast in flavors and textures, from the crispy fatty pork with the crunchy potato sticks, the sweet and sour tamarind, the zing of the cilantro sauce (kind of like the combination of tamarind and cilantro sauces served with some Indian chaat dishes), and the rich runny egg yolk. 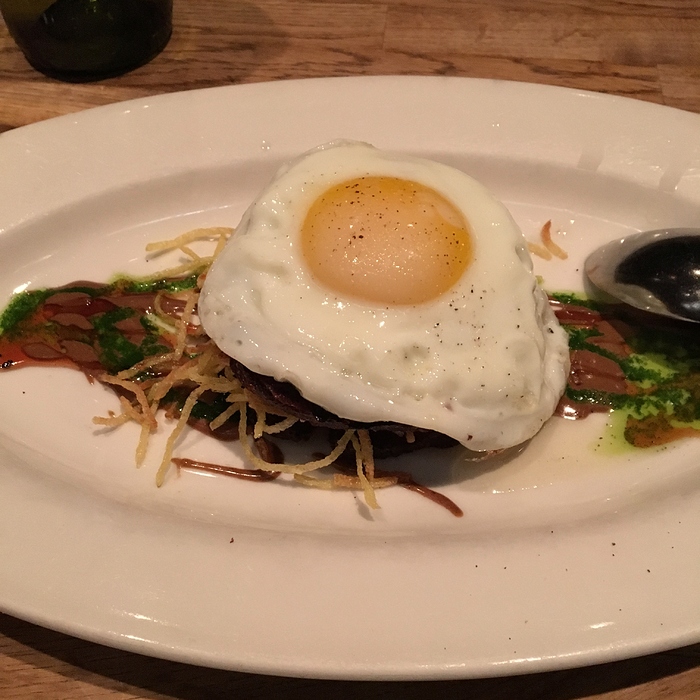 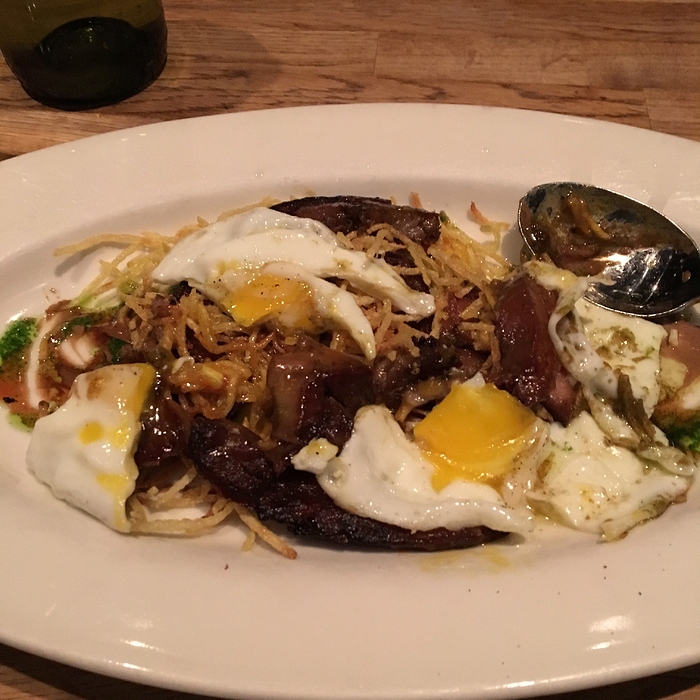 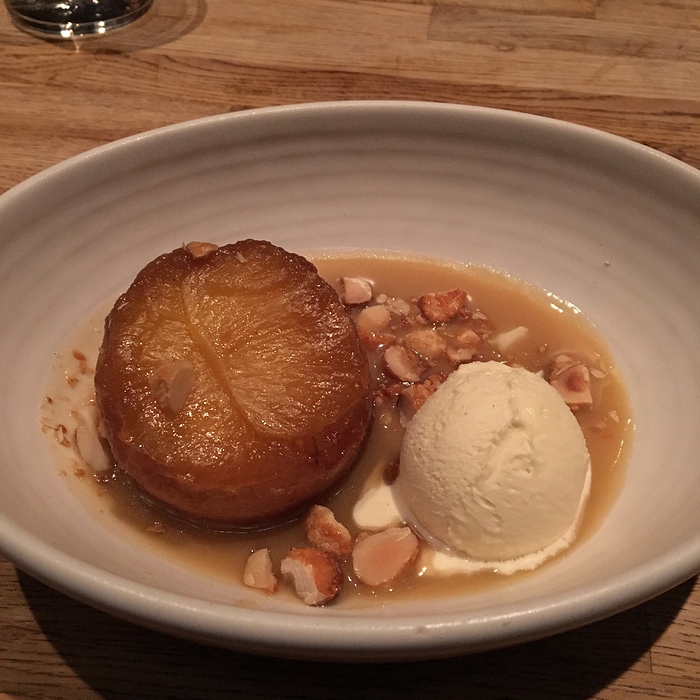 Wow! Looks amazing! I was a big fan of Stephanie on Top Chef. Glad to see her restaurant is still running strong and puts out a good product. There is so much more to being a chef than just cranking out creative food!