Avec is a Mediterranean influenced restaurant in the Loop. Small and narrow with a counter on one side and tables on the other, it’s part of a group of restaurants including Blackbird, which is next door, and the Publican. They only take reservations for certain hours. The rest of the time is first come first serve. I was by myself and lucked out on a seat at the counter without having to wait.

Panzanella
More of a brussels sprouts salad with some croutons rather than a panzanella. Really good. Lots of olive oil. Fresh tasting sprouts and funky cheese. Nice contrast with the sweet and sour pickled raisins. 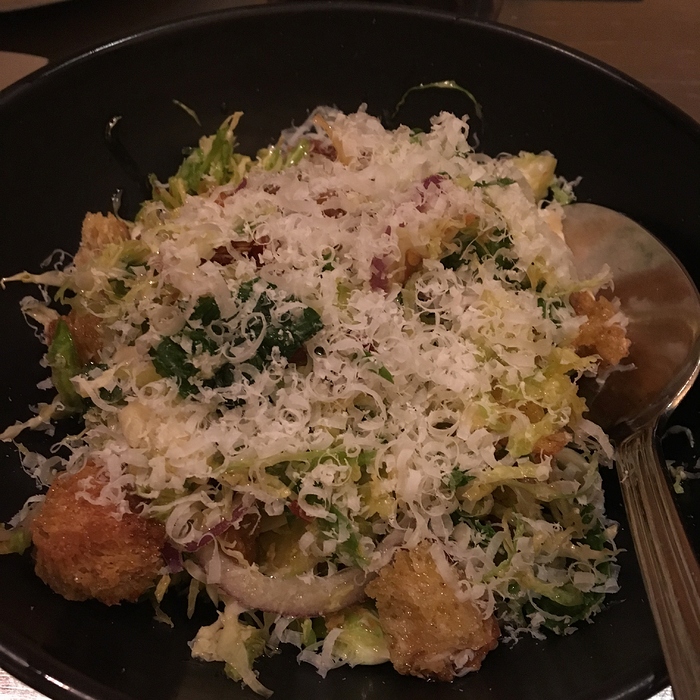 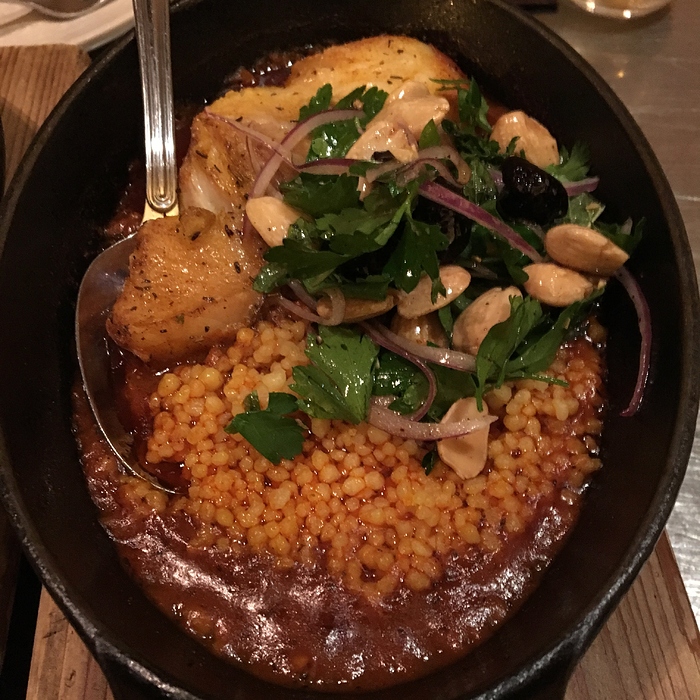 Wood Oven Roasted Oysters
This was a miss for me. Didn’t really get why they roasted the oysters, they probably would have been good raw since it was served with a mignonette anyway. 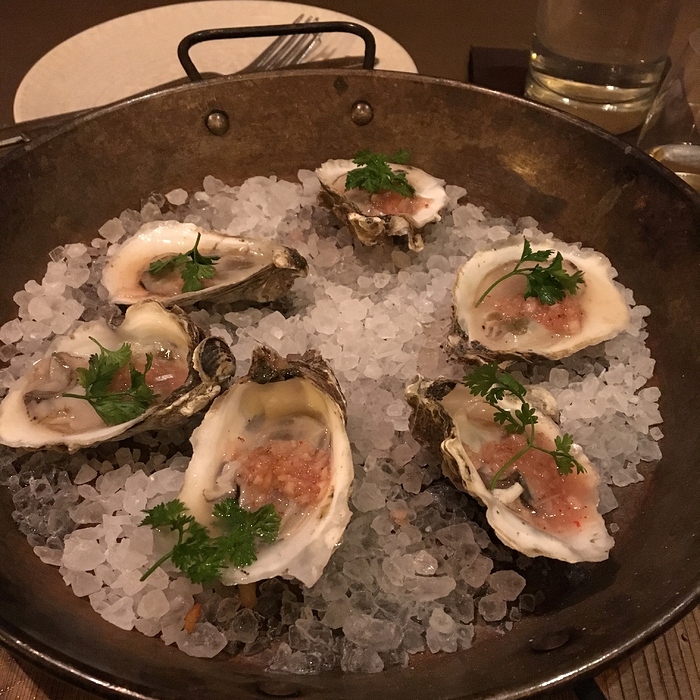 Chorizo Stuffed Medjool Dates
One of their signature dishes. Got a half order. Should have gotten a full order these were really delicious. Bacon wrapped dates with a chorizo center, with a nice tomato sauce. Served with some bread to mop up remaining sauce 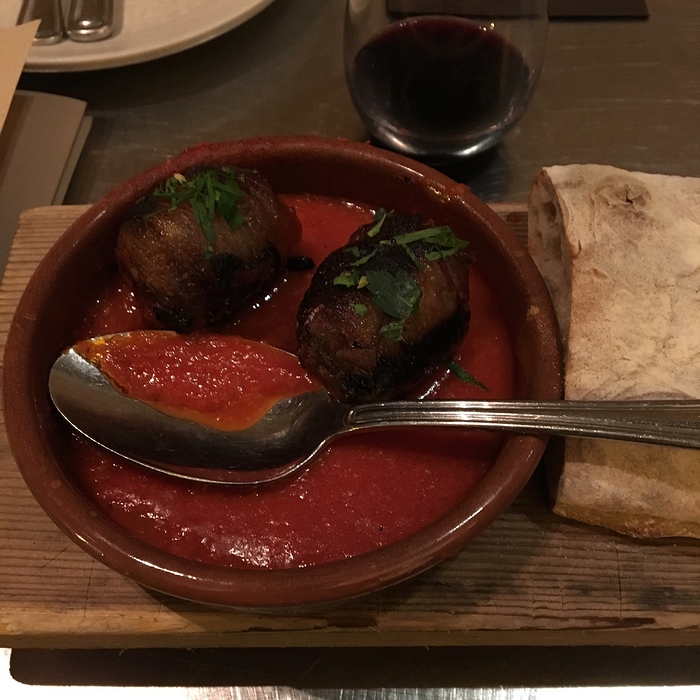