Visited Chicago for the first time this February and had some sausages and sandwiches (and a pizza).

##Portillo’s
I stayed near the Magnificent Mile and this Chicago institution was only a short walk away. Across the street from the largest McDonalds I’ve ever seen. Portillo’s itself is pretty big and was crowded at lunchtime but they have a very efficient ordering and delivery system. 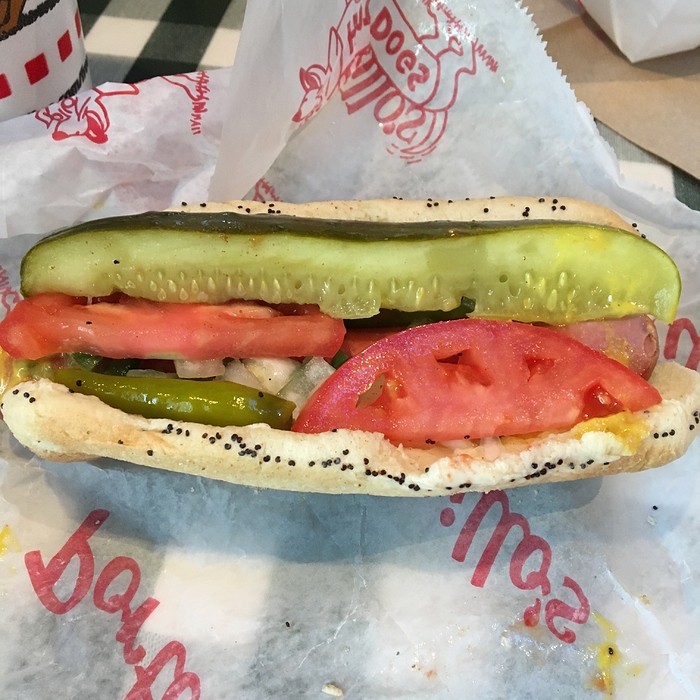 Went here twice and had an Italian beef sandwich the second time. Kind of like a french dip where the meat and the inside of the bun is already dipped. Mine was with extra gravy, which is the default. You can also get it dipped, where they dip the sandwich in the gravy, or dry. Got it with sweet peppers, which were nice, tasted like grilled bell peppers. You can also have hot peppers. Very good sandwich, the beef was sliced thin and was very tender and juicy. The bun, while somewhat soaked with jus, still had some structural integrity and a bit of chew left. Like their hot dog, a bit messy to eat. 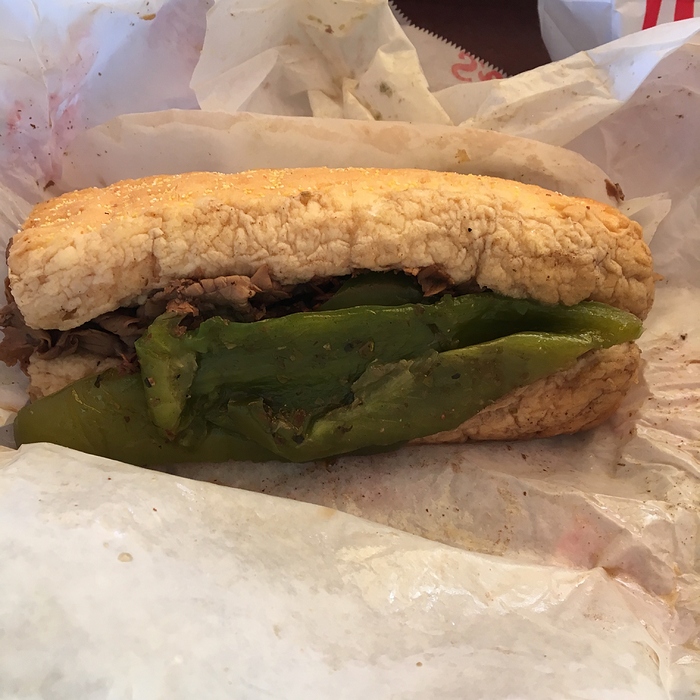 Another Chicago institution. A stand known for their Maxwell Street Polishes and pork chop sandwiches. Open 24/7. I had a Polish sausage sandwich from here. Comes with grilled onions, which were melty and sweet, and fries (which come with every sandwich). Very good sandwich. Polish sausage is grilled so there’s a bit of a crust on it, was sweet, juicy and flavorful with a little bit of mild spice. A little kick from the mustard. Fries were ok. 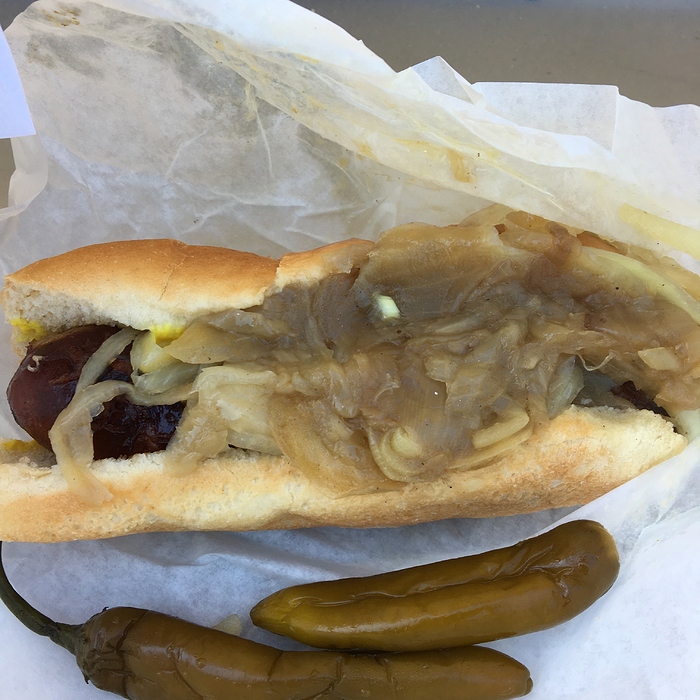 ##Lou Malnati’s
Yet another Chicago institution. I went to their N. Wells St. location for a deep dish pizza lunch at the bar. Their pizzas take about 30 minutes to make. I ordered a small Malnati Chicago Classic, which has sausage and extra cheese on their buttercrust, which was delicious. There was a whole layer of sausage lining the bottom of the crust, topped with stringy milky mozzarella cheese and a chunky sweet tomato sauce. The crust was quite good, buttery and with a texture a little similar the crispy outside of buttermilk biscuits. Less thick and dense than I thought it would be. I still couldn’t finish the small though and ended up taking a quarter of it to go. 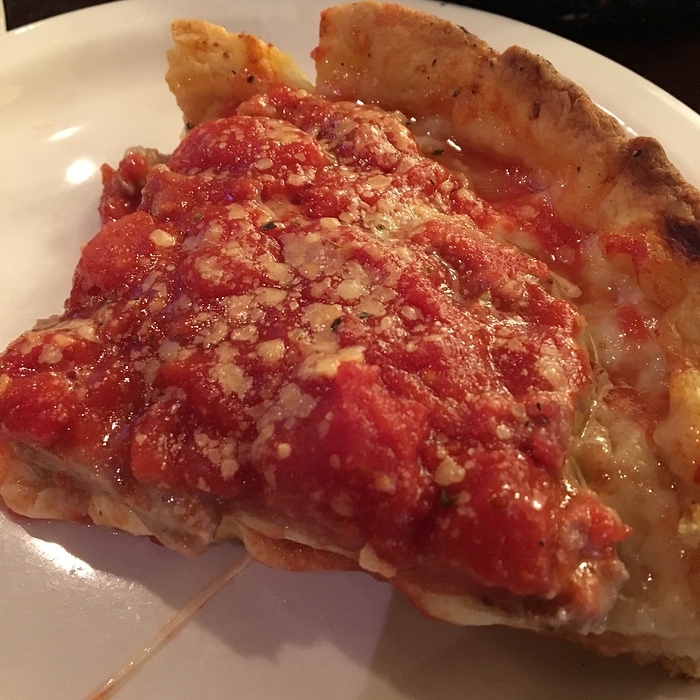 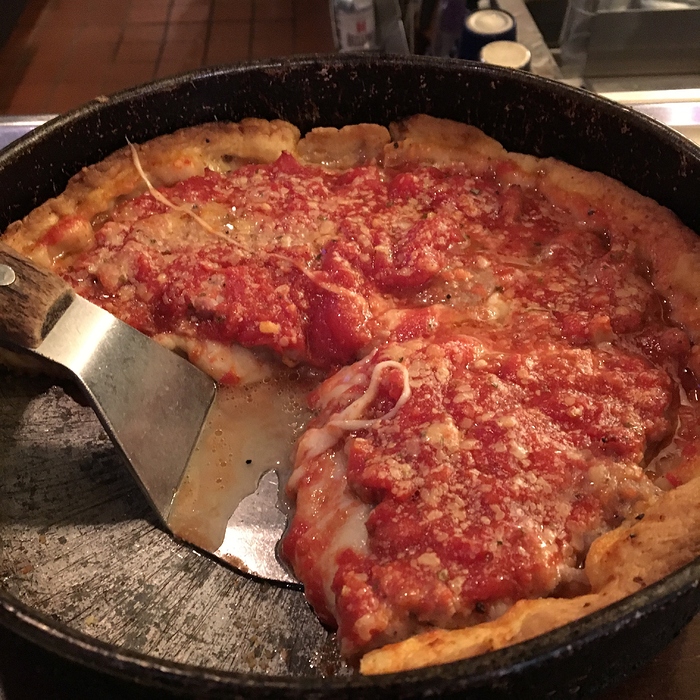 ##Au Cheval
Went here at around midnight to try their famous burger. Was pretty full even at midnight but got a seat at the bar after a brief wait. Got their single burger, which is actually a double and came with two patties and two slices of cheese. Added an egg and bacon. I cut it in half and the egg yolk oozed into the burger. Melty cheese, toasty bun. The best part of it was probably the bacon, which is thick sliced and sweet, crispy, and fatty. I probably should have gotten a side of this by itself. The beef patties were cooked medium rare and were good and juicy with a nice crust but lacked the funkiness of really aged beef. A very well executed burger. Maybe not worth waiting an hour for though. 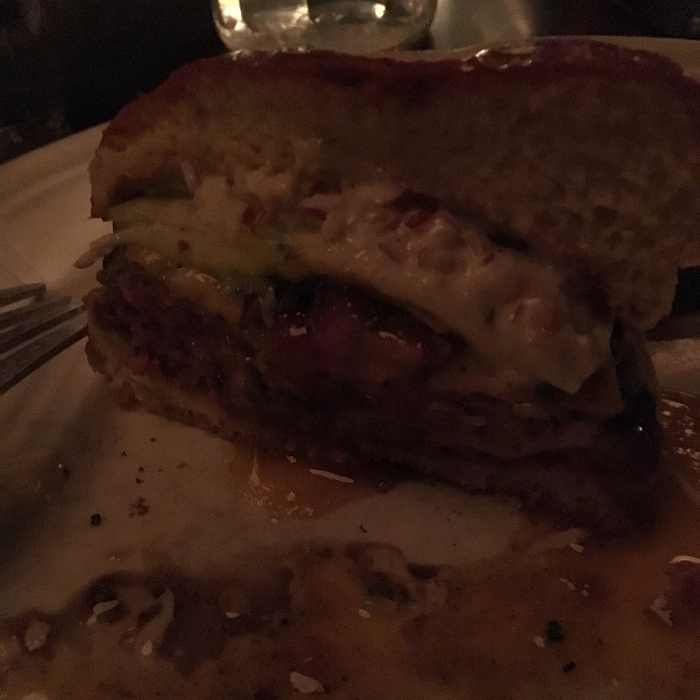 ##Cafecito
Located across from the lobby of a hostel. Had a Cubano sandwich and a cafe con leche from here. Both were very tasty. Cafe con leche was a little frothy, with good strong milky sweet coffee. The cubano was compact. Good white bread roll, heavy on the juicy roasted pork. 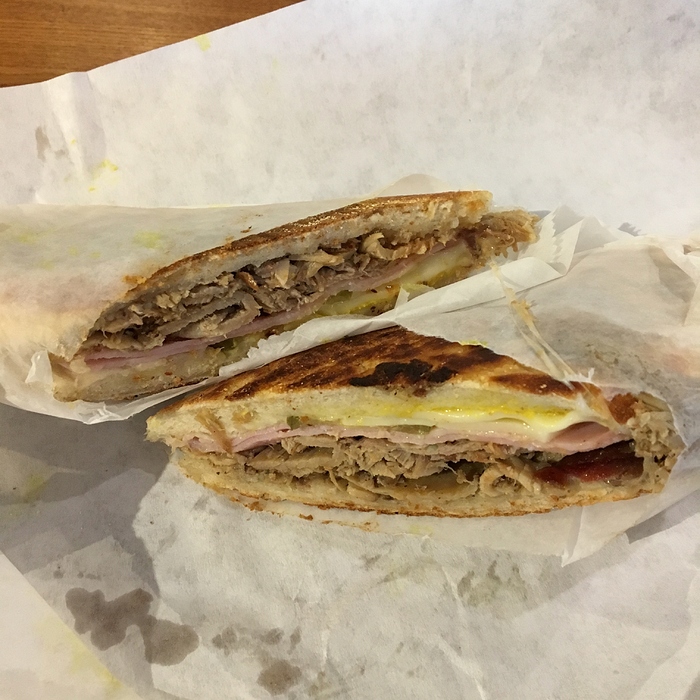 ##Tortas Frontera
This is chef Rick Bayless’s restaurant at O’Hare. I got a Milanesa sandwich for the flight home. A breaded fried chicken cutlet topped with cheese and pressed and grilled between a loaf of bread, with chopped pickled jalapeños, some black bean spread and a few squirts of a green salsa and a cilantro cream sauce. Came with extra green salsa on the side. Good bread, and the chicken was fried well. Pretty good for airport food, it was probably the best meal from an airport that I’ve had. 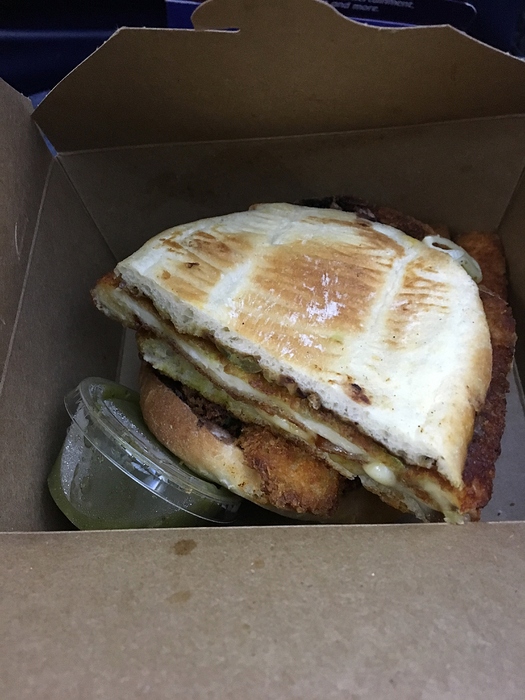