I came across this place while doing some research on Chiang Mai. This is a very well known stall near the north gate of old Chiang Mai,especially as the cook wears a cowboy hat.

Apparently the whole cowboy hat wearing thing was so the glare from the lights on the stall wasn’t so bad and then it became her trademark. 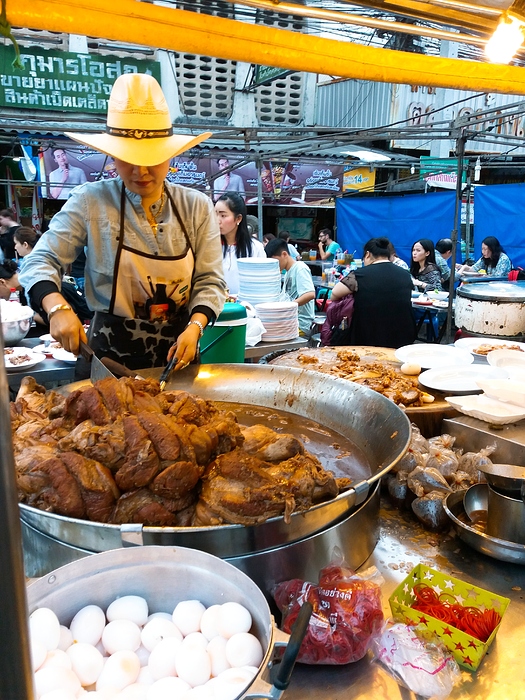 Also she is very well known in China and my first attempt to go there was during the Lot Krathong festivities. The scrum of 40 or so Chinese tourists around her stall attested to her popularity and I beat a hasty retreat. I tried again yesterday at 5:15 on ( she opens at 5pm, closes 2 am) and most of chairs were occupied but we were served very quickly.

I went for the main event a large portion of stewed pork leg and rice. The pork was beautifully tender and succulent from long cooking. The yolk on the egg was still a little bit soft. 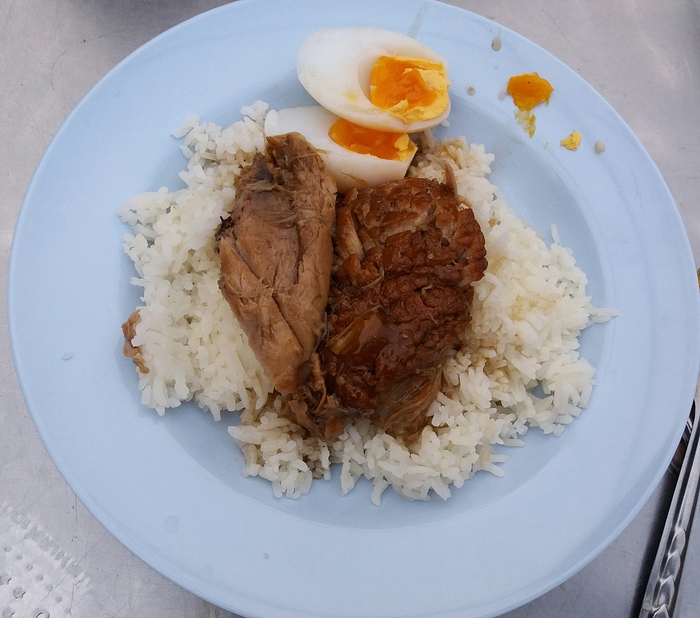 The pickled mustard greens and chillies in vinegar provided contrast and cut through the fat. 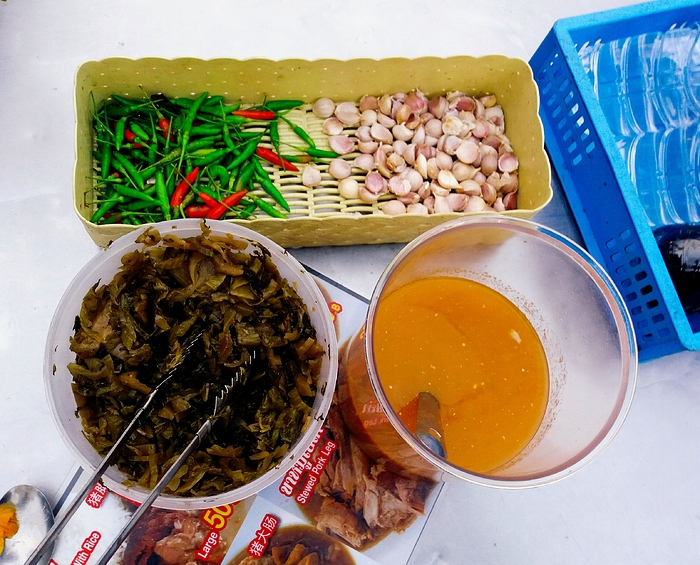 Absolutely delicious and an absolute must for me in Chiang Mai

I visited the cowboy hat ladies stall yesterday and really enjoyed the pork leg with rice and egg. It was a bit of a tourist scrum but it was worth it. The pork leg is rich and really flavorful, but the slightly soft boiled egg was outstanding. There was a whole bucket full of soft boiled (they boil them just to the inner half of the yolk is still runny) eggs standing next to the table and I fantasized about buying the whole kit and kaboodle and eating those delicious eggs all night long! The mustard greens are served cold from a pitcher shared on the table. It was kind of odd at first but they add to the feast . I didn’t partake of the chili’s or the garlic. I think my meal was 60 Baht, great meal, great deal. Got of nice photo of the moat with colorful clouds in the background.

I was in Changmai in 2001. This was in Taiwan in 2011, lunch at a homely restaurant near my lodging. 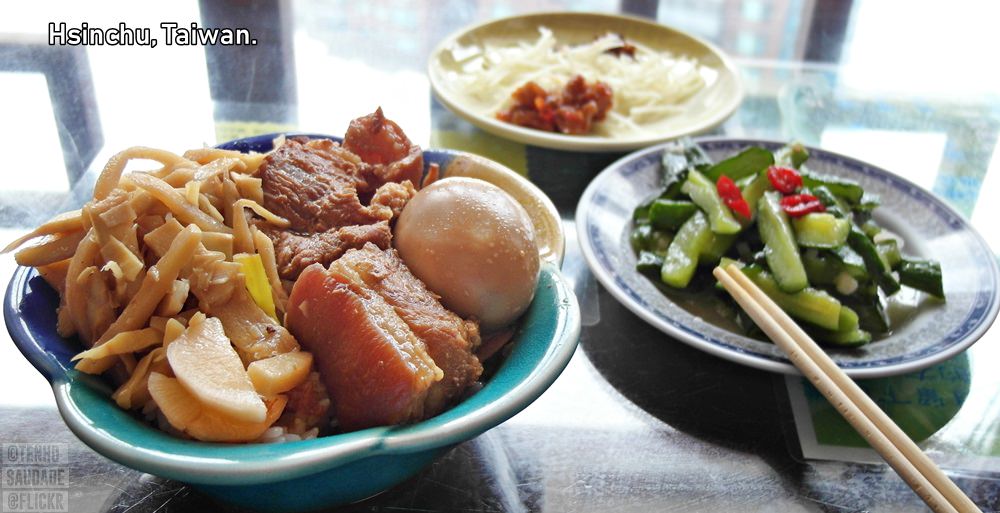 Glad you enjoyed it. It can be a bit hectic but worth it. The eggs are a really good accompaniment.