Truth be told I wasn’t planning on chicken rice for lunch and it hadn’t been long since breakfast. Never one to pass up what looks good chicken rice the missus & I decided on an early lunch. The place was full and bustling.

We decided on the large set which comes with Hainanese chicken and grilled chicken and free tea. Oddly though rice isn’t included in the set. 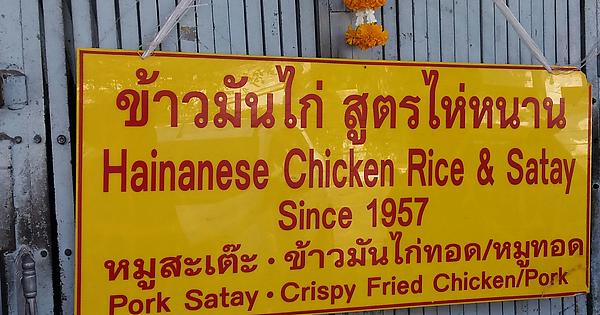 This place has been going longer than I have. 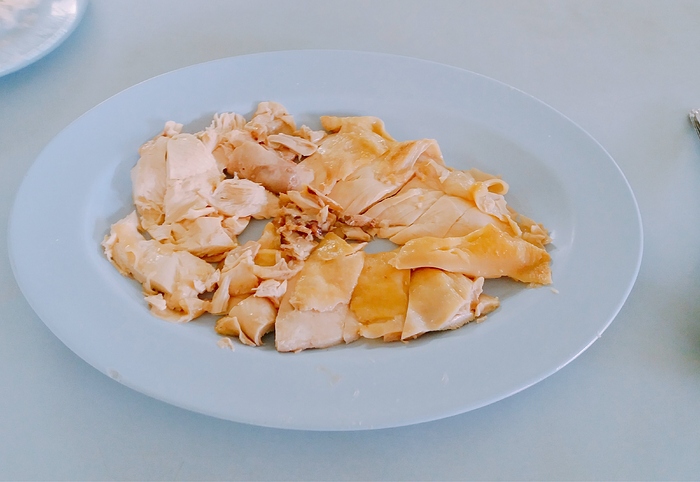 Nice char on the grilled chicken. 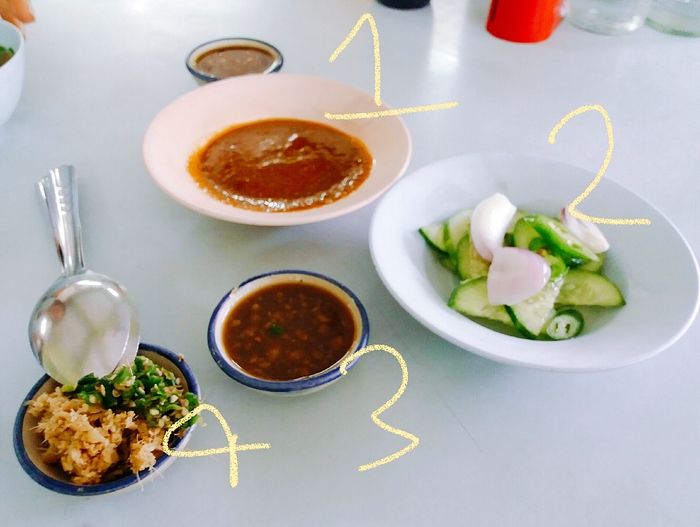 #3 was a quite thick and slightly sweet yet funky soy based sauce. For the Hainanese chicken but not the normal thick soy sauce as this was on the table.

#4 Minced ginger and very hot minced green chillies. Also to go with the Hainanese chicken. Very different from the usual chillies and ginger in vinegar.

The rice that accompanied all this was quite good and indeed I ordered another bowl.

I had trouble uploading some pictures on my original post. So it may not have made complete sense. I tried editing but the Wi-Fi was terrible and I was hungry. This should help and I’ve added the address. 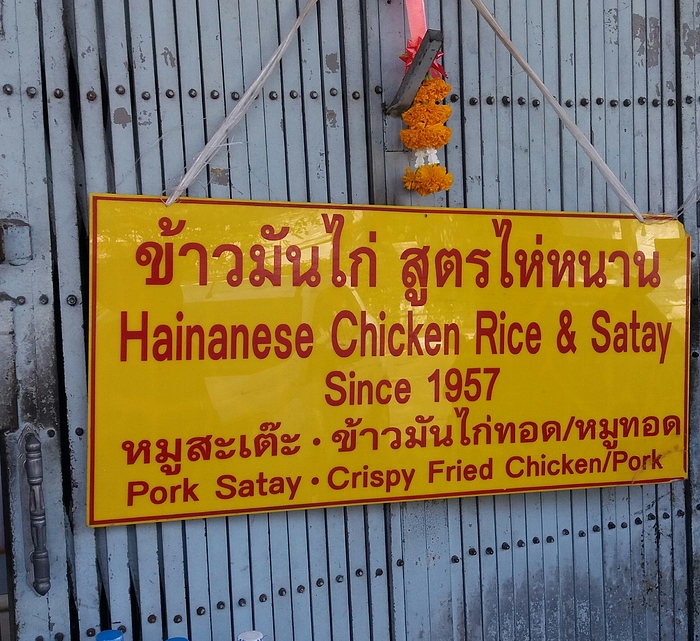 This place has been going longer than I have.

#4 Minced ginger and very hot minced green chillies. Also to go with the Hainanese chicken. Very different from the usual chillies and ginger in vinegar.

Never seen they separated the condiments like this. Interesting.

After so many months on Asia food, not fed up? How long have you been on the road?

How long have you been on the road?

After so many months on Asia food, not fed up?

A good question and the short answer is it depends. I’ve thought about this and I think it depends on the country and also on various factors;
Length of time in country , how varied a cuisine in itself is in a country, budget/ cost in each country, familiarity previously with the cuisine and how different the current cuisine is from the previous one.

So here goes (I bet you wished you hadn’t asked now).

10 months in India. Yes I got bored of the cuisine. I was on quite a tight budget and was already familiar with Indian food. Also 10 months is quite a long time. Also many chefs from northern India come to cook in tourist spots in the south and many southern pilgrims head north so any regional distinctions are more blurred than you might expect.

3 weeks in Taiwan and 3 Weeks in South Korea. This was after 6 months in India. I’m not that familiar with either cuisine. Also I upped the budget. This coupled with the short stay and the fact that after India the food is so very different meant I never got bored.

1 month in Nepal. I’d eaten a lot of Nepalese food in India and as I was hiking I was mainly carb loading. Got bored fairly quickly but food was mainly fuel.

2.5 months in Indonesia and 6 months in Malaysia. I’m putting these together as the cuisines have things in common but the experiences were very different. I got bored pretty quickly in Indonesia but never in Malaysia despite spending twice as long in Malaysia. For not much money in Malaysia ( 7RM , about £1.40) you have such a wide variety of choice. This wil get you bakso and maybe soto or mie ayam in Indonesia . To get more interesting food you have to spend a lot more. I’n Malaysia there is Malay Malay food, Chinese Malay, Indian Malay and Nyonya food. To illustrate the point a small Kopitiam or food centre in Malaysia will have perhaps 5 stalls all doing something different. In Indonesia a food centre will have 10 stalls all with identical menus.

When I did get bored it was always fairly easy to get burgers/pizzas/pasta/Mexican food. Though quality varied wildly. Spaghetti Bolognese was often a go to. I’n Nepal they often use yak meat which was very good. I’n Indonesia they often fry the meat in coconut oil which makes for a very odd Bolognese, especially if you add cheese.

Interesting reading about your take on Indonesian food vs. Malaysian food. I spent a couple months in Indonesia in 1998 during the troubles and then again in 2004 and the food in Indonesia is kind of a love-hate deal. I got sick of Nasi Goreng and Beef Rendang, but half the time I hit a warung for lunch I wasn’t sure what I was ordering and the results were only occasionally delicious. I remember asking the typical stupid tourist question on Samosir island at a warung, “Are these hard boiled eggs fresh?” Because they looked kind of dark. Lady is like, “Yes! Yes! Ver’ fresh, cooked long time… four days ago.” We had the mie goreng instead.