On getting to the restaurant I became a little sceptical. It was absolutely packed, mainly with a tour group. The prices were quite high and the menu was massive . This spelt tourist trap and I wasn’t expecting anything special.

The first dish to appear was som tum with Thai sausage. This did not allay my fears. The sausage was bland and mass produced and the som tum lacked the zing of the one two night’s earlier. Though the way they served it meant that all the dressing pooled at the bottom of the wooden bowl. 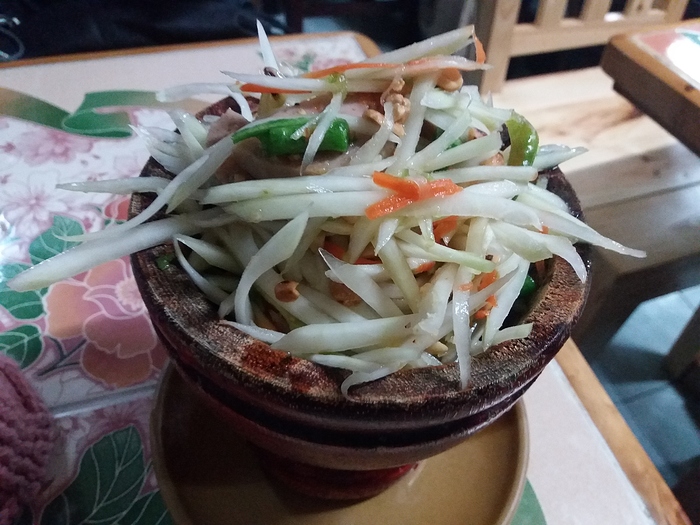 Then we waited for my pork curry to appear and waited some more . About 40 mins later it turned up. It was listed as roast pork curry but quite clearly had been braised for a very long time so they must have had it ready made.

Was the curry worth the wait? My word yes. A sizeable piece of pork (I’m guessing shoulder) which was beautifully tender. It’s often said that a piece of meat is so tender you can eat it with a spoon and as this was Thailand, I did. The sauce was deep and rich with some sweetness but offset with sourness from tamarind. One of the best pork dishes I’ve had in a fair while. Very rarely does a restaurant turn things around so convincingly. 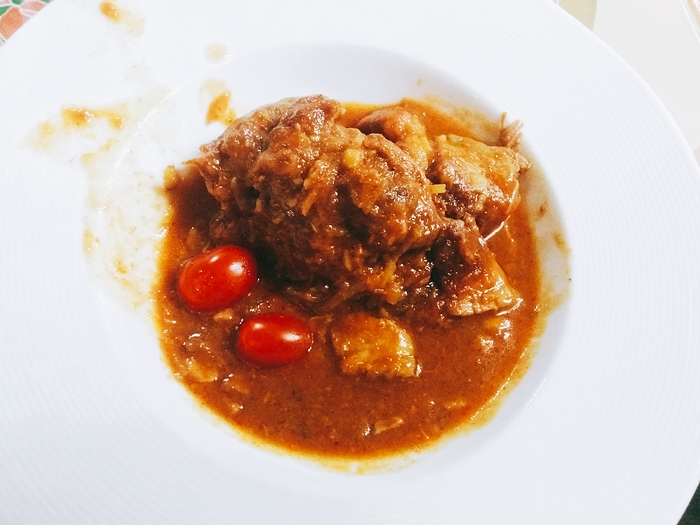