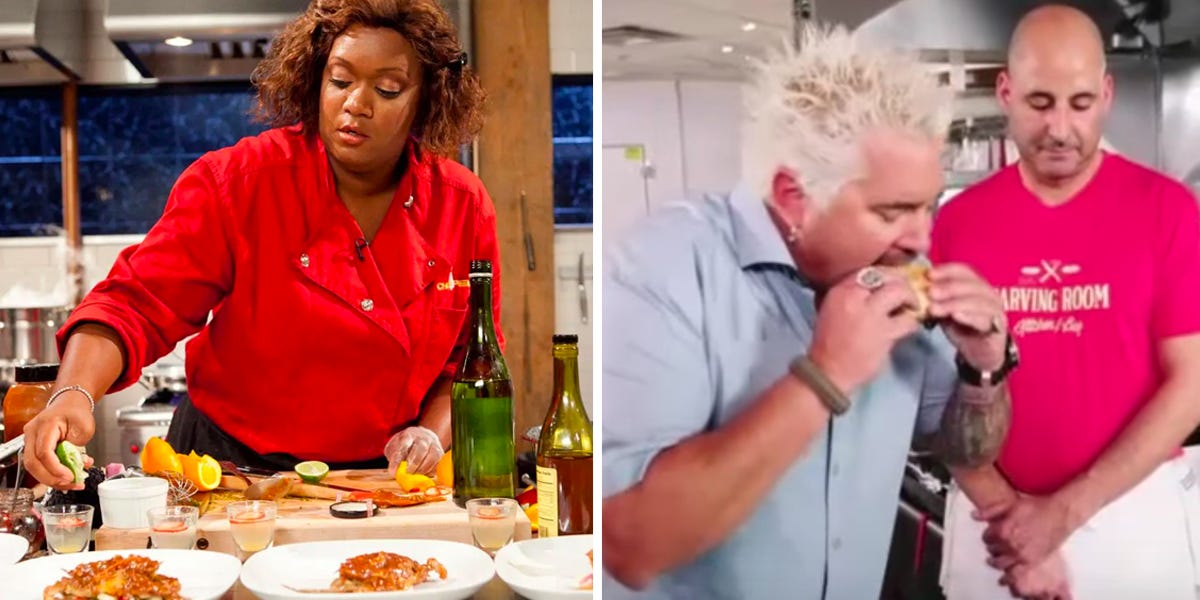 Some of the experts had great things to say about "Chopped" and "Iron Chef," but others had issues with series like "Diners, Drive-Ins, and Dives."

We get almost none of those shows in th UK, so can’t comment.

I generally enjoy Diners, Drive-Ins and Dives - although few places visited are actually one of the three. And have actually been to, I think, a couple of places featured. It is, however, very formulaic - just every now and again, I’d like Fieri to not enjoy something or, even, just to comment that a dish could do with some more/less of whatever. You know, like mirroring a real life visit to a restaurant.

By the by, always used to enjoy Rachel Ray’s shows on trips to America some years back. Entirely my sort of cooking. I don’t hear of her on more recent trips - is she still doing TV?

She has a daytime talk show. She interviews celebrities and has a few cooking segments.

According to my Food Network on demand, she did 40 new episodes of 30 Minute Meals last year.

just every now and again, I’d like Fieri to not enjoy something or, even, just to comment that a dish could do with some more/less of whatever

If he could get through an episode without saying flavour town it would improve things but sometimes he goes to interesting places.
I see Gordon Ramsay’s Kitchen Nightmares is on the list. I rewatched a couple of the original UK shows a while ago. It’s like watching a different person or at least a different programme. He’s less confrontational and yes he does show frustration but it seems to be because he cares and wants to improve things. On the US version he seems a parody of himself. I know a lot of this is producers ramping up the conflict and editing. But the UK version was an interesting look at restaurants. The US version could be about anything.

But the UK version was an interesting look at restaurants

One of the first he did was a place in Ambleside in Cumbria. We’d been to it beforehand and thought it OK. We went again afterwards and it was still just OK. Then it closed.

I have watched a couple of his US shows. As you say, a parody of himself. I do not like his on screen persona, as a shouty, sweary bully. It’s either how he really is or a complete tosser for preferring that persona to whatever his real one is.

No love for America’s Test Kitchen?