We had booked a patio reservation through Open Table. However upon arrival we were informed that the patio was closed due to the rain, which they had neglected to notify us about. However there happened to be a high top table right by the open door, so we figured it was close enough to outdoors to risk it.

Only a few places are currently open in Chef’s Assembly Hall: The Red Eye Diner, Grateful Chicken, Ramen Isshin, Colibri, and Lost Coffee. There’s also a bar serving drinks. There is both table service and also take-out. We decided to focus on Colibri as we still mourn Elia Herrera’s Los Colibris.

We started with two cocktails: 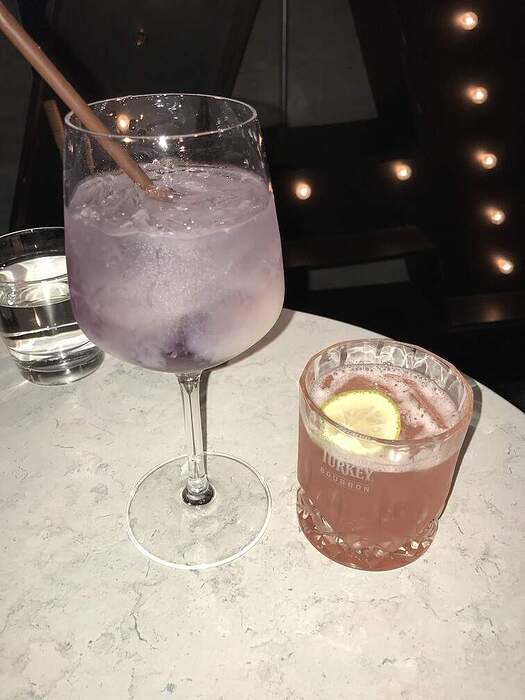 We then had 5 out of the 6 available tacos. The tortillas are house-made and are supple, with a lovely toasted corn flavour. The tacos range from good to excellent and are not cheap at $8-9 apiece, though they are larger than ones you might get elsewhere. Five are for someone with a very healthy appetite. 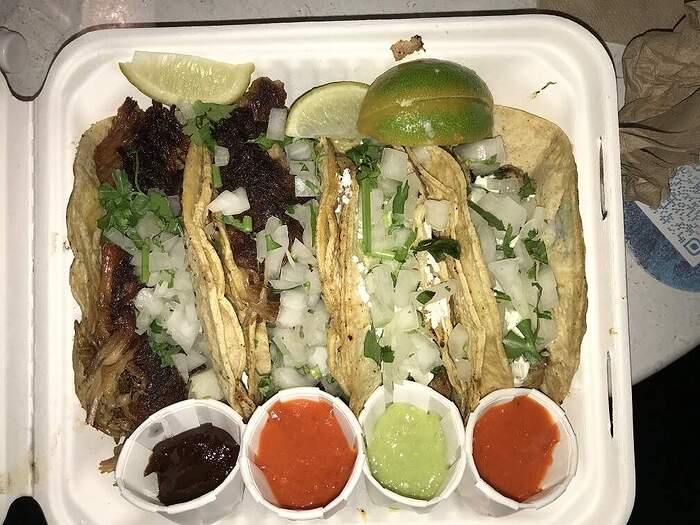 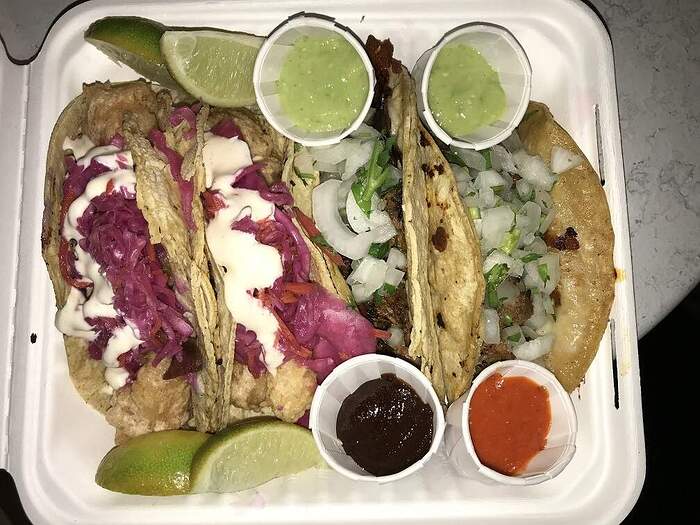 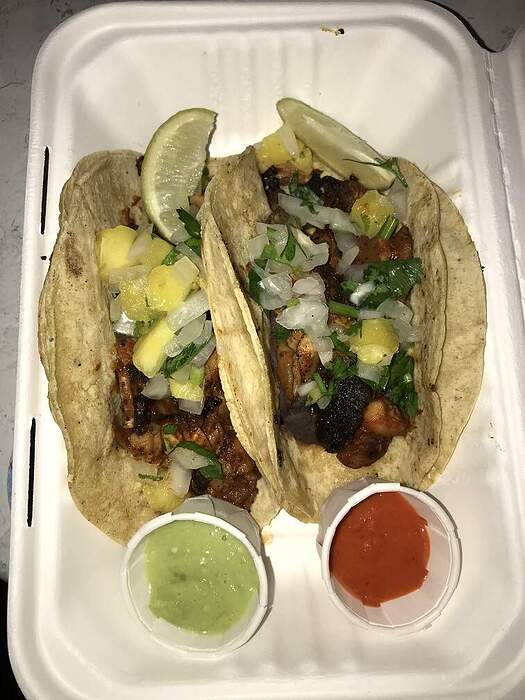 Love this idea and will bear it in mind when I’m in Toronto. Definitely expensive. Did you find them to be any better than other places? Would you get them again?

I would get them again if we needed a place to eat in the area - we went there because we were going to an opera at the Four Seasons Centre. I would get the pork and mushroom ones specifically again for sure. They are not necessarily better than some places in other parts of town, e.g., Seven Lives, Grand Electric, etc.

I agree with DrJohn. I think many places offer better value than Chef’s Hall, which has expensive rent. It’s a good place near the Opera, and for office workers.

Better places for tacos in the cheaper rent neighbourhoods.

For cheap, cash-only tacos, I like Itacate at 998 St Clair West. Which only has a few tables. https://instagram.com/itacate_to

I haven’t tried King’s yet.

Seven Lives , El Trompo and other places in Kensington are quite good, and provide value, but I think the places on St Clair W are currently better for cheap and traditional tacos.

The carnitas at King’s is amazing.