I grabbed some takeout from their San Mateo location. There’s a Chinese only menu with photographs of many of the dishes listed on the wall in their mountain view location (see photos above).

I assume the regular menu dishes I ordered are on the menu in Mountain View, so I’ll report on them here. The Pork stirfried with celtuse and black fungus is extraordinary. The dish has a smokiness and depth that goes beyond wok hei, and approximates the flavor of smoked pork with seasonings and fresh pork. I think comes from some kind of blackened bark pictured below— what is this?

The overall flavor is similar to Hunan smoked pork stirfries I’ve had at Wonderful in Millbrae. Celtuse, which tastes a little bit like Romain lettuce, was cut on the bias and looked like cross-sections of broccoli stem. Tasty pickled red and green peppers. I took a chance and ordered houttuynia cordata with beans. Houttuynia cordata, which was probably rejected as a lyric for the Lion King, is a leafy plant known that tastes fishy and its served here with fava beans and a chili oil and black vinegar sauce. Only the leaves of the https://en.m.wikipedia.org/wiki/Houttuynia_cordata are used here. Its rhizome is also edible https://en.m.wikipedia.org/wiki/Zhe'ergen

Ha, I notice you don’t say how you liked the dish with fish mint. I’ve only had it as part of Vietnamese herb accompaniments, and found the overly fishy taste quite off-putitng.
I take it from your description of the dark object as “bark” that it wasn’t edible, and may be a chip of wood that might be used to smoke pork belly. Or could it be a very dry, extra fried piece of smoked pork with skin (I could see that seasoning the oil, which could season the whole dish). The fresh pork looks nicely cooked.

Also, I didn’t like how wirey the stems were.

It was definitely wood in the pork dish! Modernist possibilities aside, have you ever heard of stir frying smoked wood before (left in or removed before serving)?

I ate there last August and had two dishes I’ve been meaning to post about. 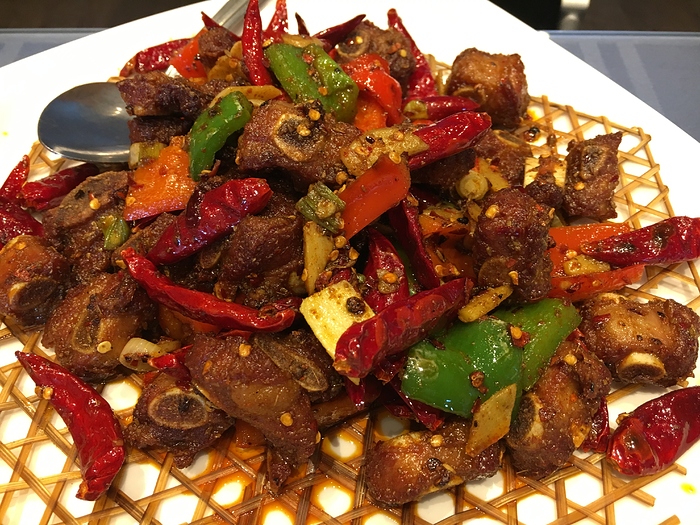 Sparerib with cumin 飄香小排骨 – garlic slices, whole cumin seeds, chili spice. Kind of like a Pork version of Toothpick lamb, only bones instead of toothpicks. Nice browning on outside, never dry. I loved this, but there’s a $16.99 cumin lamb rib on the Chinese menu (with whole ribs?) that might be the star. 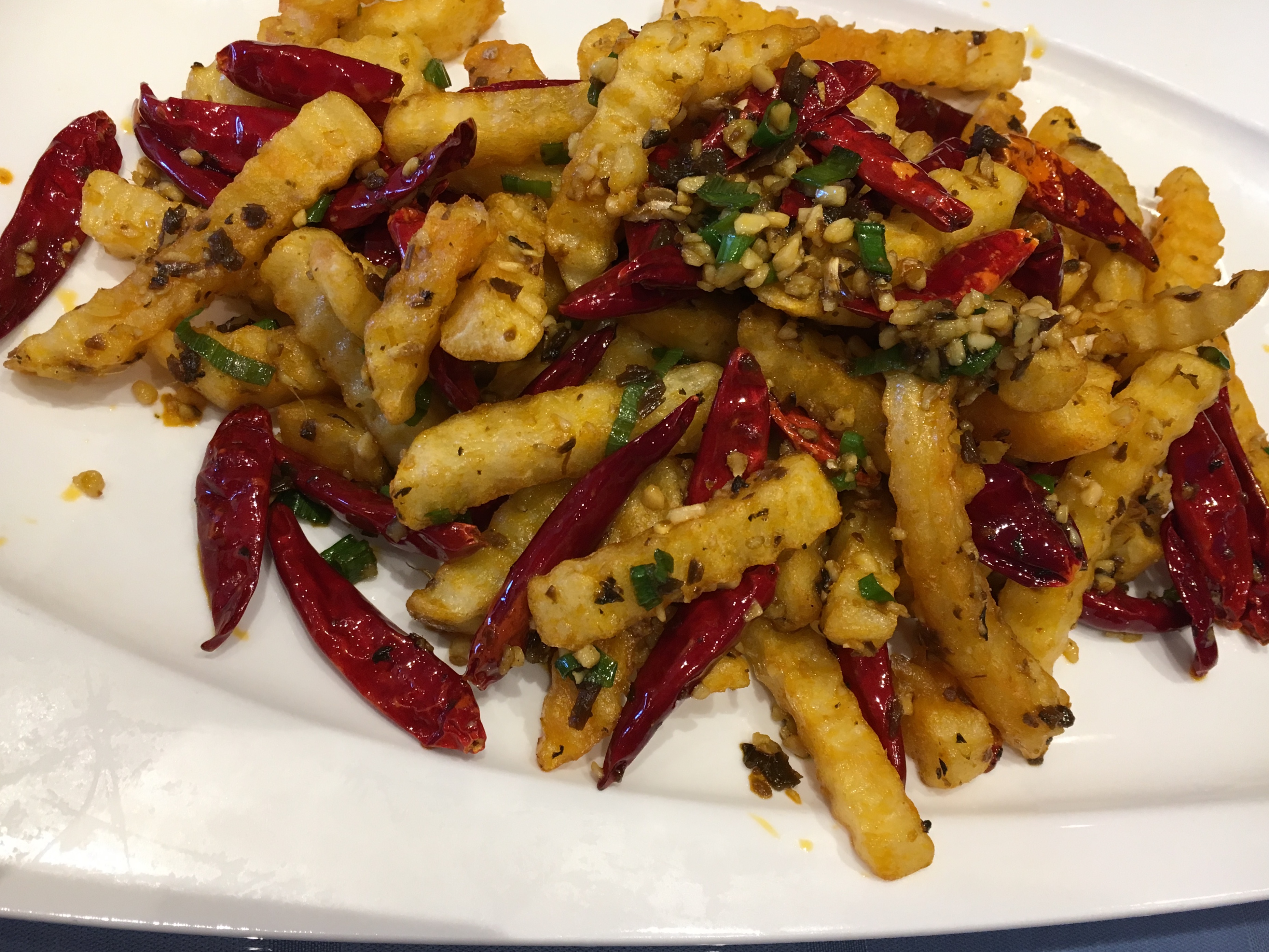 I read the Chronicle Q&A of him. The chef is an instructor, and there are plenty of love for his food on these boards, but I just don’t get Chef Zhao. Perhaps its an aberration, but the one time I was at the Mountain View branch, the ingredients were distinctly not fresh, and some cold dishes felt like it had been sitting for too long. Discouraging enough that we never returned again.

Chef Zhao is as good as ever, one of the few places where the menu pictures, which are included for every item, look as good in real life as in the photos. 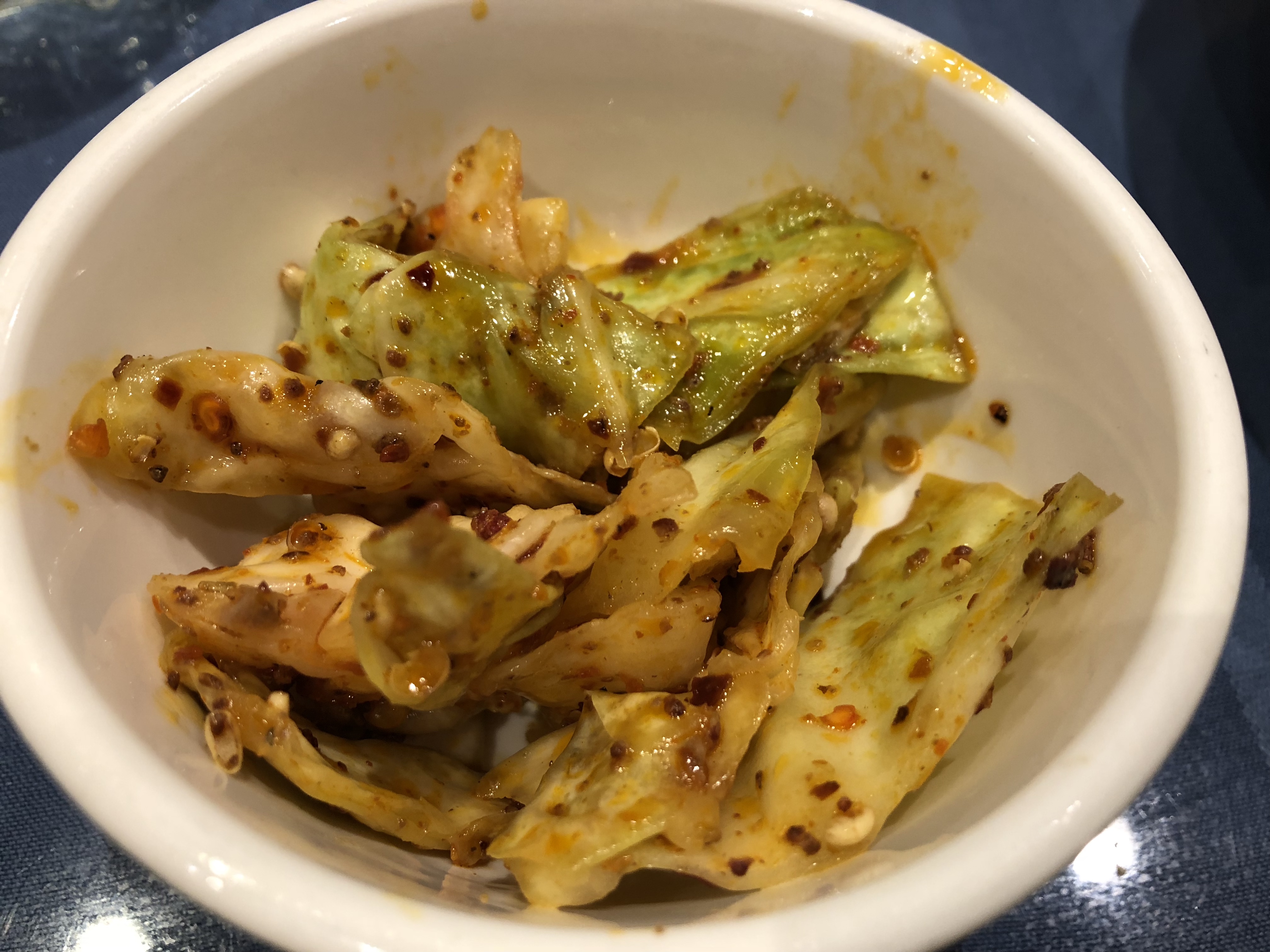 Complementary pao cai, which was described to me as Sichuan kimchi 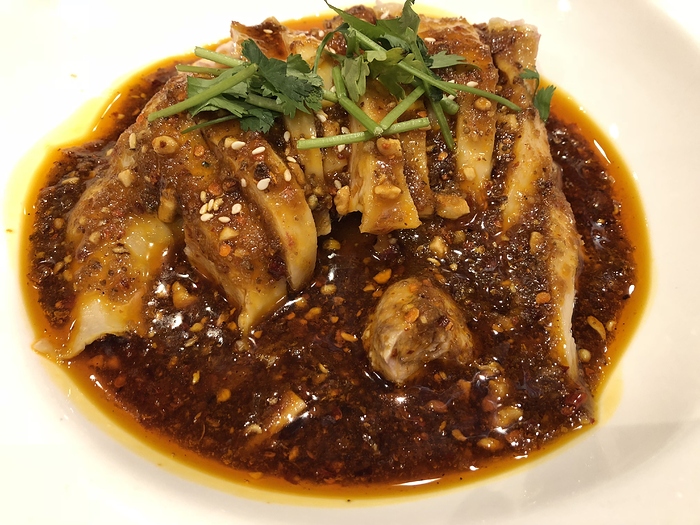 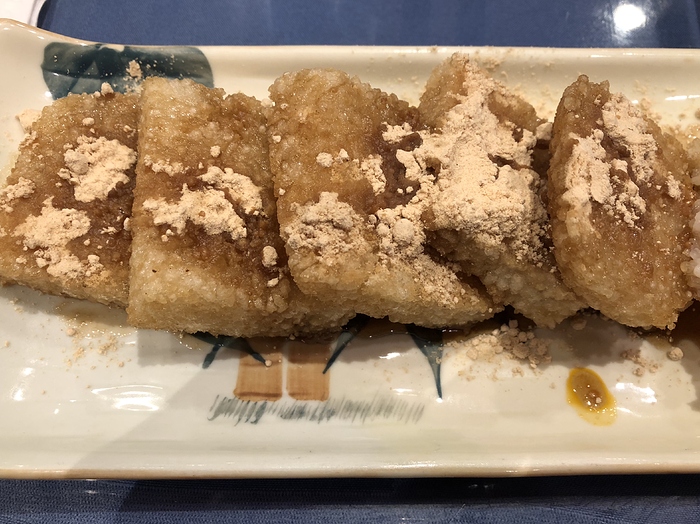 Fried cakes of rice, soft and crispy, more structurally sound and delicious than the ones used as buns at Koja kitchen. I have no idea what the powder on top is. The caramelly syrup was sweet and didn’t have the viscosity of corn syrup. Maltos or rice syrup?

Who else makes these rice cakes? There’s a really good version at I-Shanghai delight That is served without a sweet sauce.

A One Kitchen (San Bruno)
Help cover Hungry Onion's costs when you shop at Amazon!