I was pleased to read this essay. Seeing the pendulum swing back towards one’s own reasonably held beliefs is always nice. Recognizing that the culinary dialectic is closing in on synthesis as awareness and action by consumers forces manufacturers and sellers to question their practices is both encouraging and affirming. 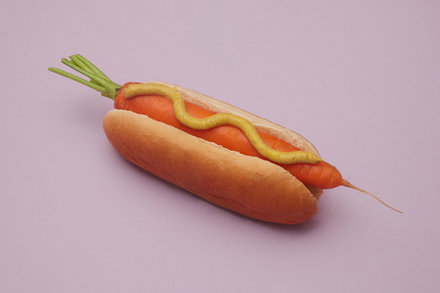 Opinion | A Seismic Shift in How People Eat

Eating habits are changing across the country and food companies are struggling to keep up.

I find myself wondering how people will react as their food bill goes up. We (the US) currently have some of the lowest food prices in the world (or at least the developed world), but how much of that is due to the use of HFCS instead of sugar, or produce and meat being produced under conditions we say we want to see stopped?

When my father (at the time in his late 80s) did the food shopping for he and my mother, their cost was low because they bought a bunch of this pre-made stuff. When a home health aide moved in to care for me mother, she would do the shopping and buy fresh fruits and vegetables to make things like fritattas from scratch. My father liked the food and even managed to put on some weight he had lost, but he complained to my brother about how much more this woman was spending on groceries than he had been. (I think we resolved this by having my brother slip her some money on the side and she would just ask my father for less.)

Consider a load of bread. Whole wheat bread is much healthier than white bread, but also considerably more expensive. If your family eats a lot of bread, the difference can be substantial.

I am glad to see data (although more would help) indicating that the food movement is not just for elites but gaining broader traction. I do question how much the big food companies are pandering rather than reforming.

I am not so sure “seismic shift” is the right term though, perhaps more of a correction. The dominance of processed industrial food is fairly recent and the big food companies perhaps pushed too far in their endless drive to ramp up marketing and reduce quality were bound to hit a wall. It’s not that long ago that Ice cream was indeed ice cream and it should be again.

I think what won’t change is the demand for convenience foods which are often the worst offenders but perhaps the quality of them will improve as ingredient lists reduce.

It is amazing how much extra crap there is in many products in the US compared to similar European products - definitely time to wind down the unnecessary additives and excess sugar and salt. When lunchables are discontinued that would be a good sign consumer culture is changing.

I am not sure what “lunchables” are. But I should say that I would not want prepared foods to disappear entirely. They serve a real purpose for the elderly, who often live alone or with only one other person, have small appetites, and do not have the energy to cook a meal from scratch. (There is also the question of mental alertness. I’m not saying they are senile, but as you get older, it becomes easier to forget you have a pot boiling on the stove, or something frying in a pan, especially if something comes along to distract you like a phone call or a doorbell.)

However, it is also true that these easy-to-prepare foods could have less sugar, sodium, and carbohydrates. This is particularly important for people with diabetes, and that is a not-insubstantial portion of the older population.

I find myself wondering how people will react as their food bill goes up.

It’s an interesting thought to contemplate, but the consumption patterns seem to be showing that people are accepting it. Moreover, the producers and retailers are reacting to these market factors. Conceptually, at least, this should continue to mitigate food price spikes. Time, as they say, will tell.