A lot of us, i am sure, have very fond feelings for Cesar. I remember one epic evening that was apps at cesar, dinner downstairs at CP, then nightcap and final desert back at cesar. They also had that manhattan which put me on the path to drinking Manhattans, and i certainly had padrone peppers there for the first time (around my house, ‘some are hot, some are not’ is a still repeated meme, straight from their menu). And both padrones and shisitos are on the menu everywhere one looks. 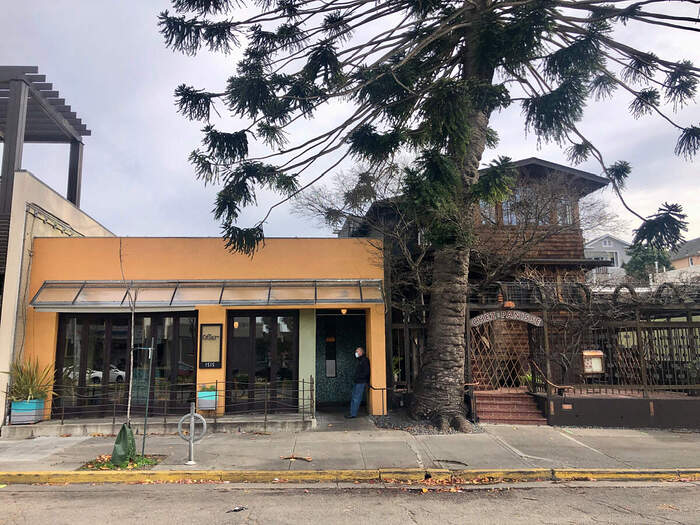 To open its new business, Chez Panisse has made the controversial decision to evict neighboring restaurant Cesar.

That’s too bad, I haven’t been to the original Berkeley César but had been to the one on Piedmont Ave. in Oakland many times before that one closed, I think it was where I first tried Spanish food and tapas. I remember the padrón peppers too, I think it was the first time I had those as well. Also remember the simple tuna, arugula, and boiled egg sandwich, and the anchovies and boquerones on toast.

Ah, the peidmont location. I bought out the front table once for a birthday party. Good times.