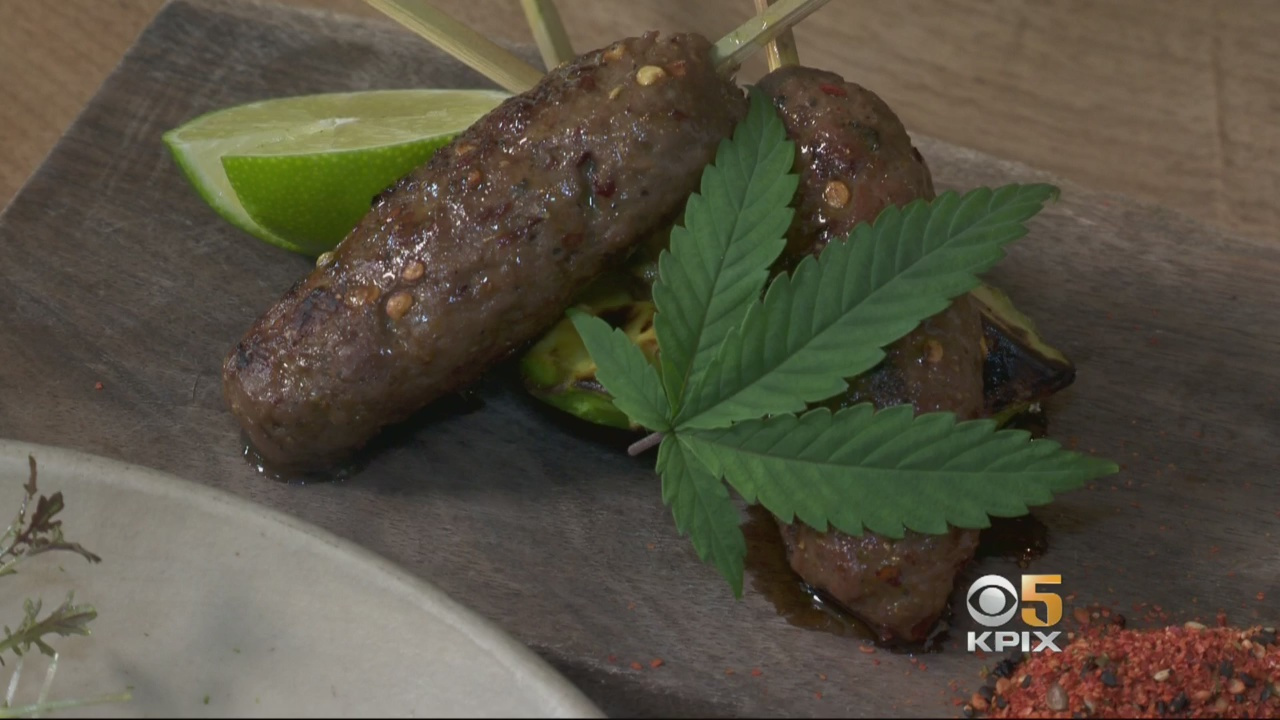 Pot shops and lounges are popping up across San Francisco. But the next big thing may be marijuana restaurants.

“This is a very lose dose so you can kind of use it liberally and not get super stoned,” he says as he dresses it with a dash of cannabis salt.

Marijuana was used as medicine in ancient China and India and was introduced to Western medicine in the early 19th century. Edible applications, such as tinctures, were prescribed to treat various conditions, from chronic pain to digestive disorders.
Edible marijuana products were also used to relieve stress and induce euphoria, similar to alcohol.
Bhang, a beverage made from a mixture of the leaves and flowers of marijuana plants, has been consumed for centuries during religious festivals, such as Holi, a Hindu festival of love and color.
In the United States, recreational use of edible marijuana products became popular during the 1960s, and today, many different types of edibles are available, both legally and illegally, depending on state laws.

I don’t get the point. Why not eat a gummy or smoke a j and got out to eat. I can’t see the flavor adding to a fine meal.

This post was flagged by the community and is temporarily hidden.