Way back when, I spotted an interesting-looking cake/pastry in a Michel Roux book on pastry. It was crunchy on the outside, and custardy on the inside. It was the canelé. I made it, but thought there was room for improvement, so I posted on Chowhound (as “Souschef”), enquiring if anyone else had made them.

That started several long threads on the subject as there were a couple of women in San Francisco who were baking them at that time. We (several others joined) posted in detail the exquisite pain in going through variations of the recipe. We ended up with several consecutive threads.

A few years after I started, on vacation in SFO, my wife and I had lunch with those two delightful ladies. It was followed by a visit to the Ferry Terminal Building, where we purchased canelés and had a taste test to compare them with another purchased one and some made by one of the two ladies. The home-made ones were declared the best!

Earlier this year I thought I’d bake canelés again, after a hiatus of many years, so I tried to go back to the Chowhound threads for the recipe. GONE! All our work is gone!

I did some googling to see if there was a recipe I could start with (I didn’t want to go back to the Paula Wolfert recipe with which I had originally started), and came across this promising one:

I was amused by one remark in the text: “The Chowhounds got a madness-inducing yet oddly mesmerizing thread on it”.

The author used some of our (Chowhound) work in the development of their recipe, so it is where I’m going to start. I have six copper molds and beeswax at the ready. I’ll post my progress here. I welcome contributions to the thread.

They are way WAY out of my league (and in any case, I’ve never actually eaten one).

But if it helps at all, here’s Claire Saffitz’s take on it: I’ve never made them, but Nancy Silverton’s version is high on my list of my favorite baked goods ever.

Unfortunately, other store bought canales I’ve tasted have been dry and flavorless.

Have to confess… i tried them from several award-winning patisseries when I lived in France and even though I love pastries I just don’t see what all the fuss is about.

One of the patisseries was in the town where I lived, and they told me that they are so labor intensive that they dont make them often.

Love them! Our local farmers Mkt had a bakery that brought them and they were excellent. I found I liked the darkest ones the best. That particular baker with the canele expertise disappeared during COVID and no one else seems interested in making them.

This sounds awfully complicated to me but it might help you.

This was a copy/paste from my post on the RIP Chowhound thread. Figured it might help those who might be looking for old threads on CH. I was chatting with someone on my personal FB page about CH closing yesterday. And I just said "Hopefully with a lot of digging, the Internet Wayback Machine will be able to come up with threads should anyone wish to find a particular morsel of info." So I decided to try. I went to the Internet Wayback Machine (https://web.archive.org/) and put in CH’s URL…

We traveled quite a lot to Bordeaux, h is a native, he loves canelés, we always bought from Baillardran.

Have to confess… i tried them from several award-winning patisseries when I lived in France and even though I love pastries I just don’t see what all the fuss is about.

I have to admit I wasn’t a big fan in the beginning, but after eating them over the years, I think they are tasty, the better ones need to have rum and real vanilla beans. Personal preference I like the ones with a dark crust (but not those with a thick crust at the bottom). They need to be consumed hours being made or they become gummy texture. I have ate these in starred restaurants, and other good pastry shops but I still feel Baillardran’s version is generally better.

I have baked them several times at home, got the copper molds as well. It’s not an easy cake to make because it has a tendency to rise too much in the oven. I’ve a cheated recipe that cook the egg yolk beforehand and tastes quite good and avoid the over rising problem.

I don’t like them either. Too sweet for me and not very interesting. So it’s one of the few things I’ve never tried to bake.

However, a lots of channels I like have tackled them. Here are a few: I think I’m going to start with the link in my first post as I don’t know dates, etc., of my CH posts.

BTW, here’s a picture of my first attempt, over a decade ago, using the Michel Roux recipe. 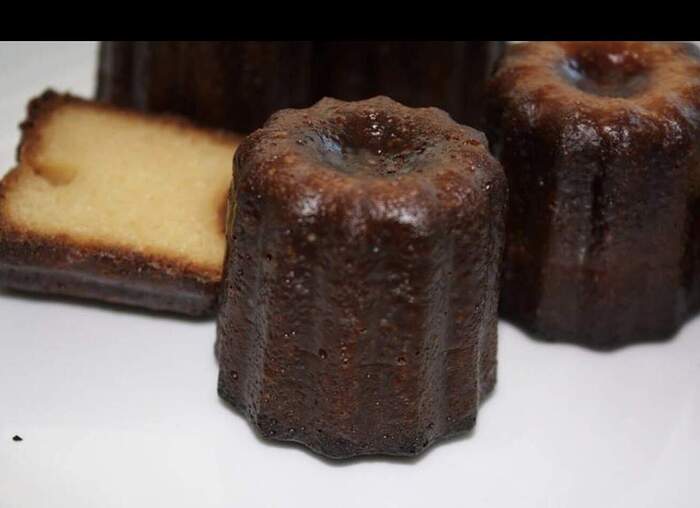 Yes… I love them too. But definitely something that I am willing to leave to the experts! There are a few places in Toronto with good ones