So… apparently this fledgling restaurant called Candide got destroyed by the so called food critic called Mlle. Lortie.

Since Candide was on my way back from work, I felt compelled to go try it.

Candide is not easy to find. Its in a church. In the back of a church.

The menu is very clear. It says firmly “This is my boat, this is my river, I’ll take you on a trip to the islands I like and if you don’t like it you can go to Grinder not far from here”. It changes every month with the seasons, it is the vision of a chef and I respect that. It takes balls to have only one menu, two choices of mains (fish or pork) and either dessert or cheese at the end.

The space is pretty open and looks like a hipster/barnyard hybrid. I knew of hipster/industrial, with open ceilings and old time lights with an unfinished look but I don’t see often that style mixted with the country house vibe.

The kitchen is fully open which is quite fun. The staff takes itself very seriously, which was a bit of a bummer but I understand. I missed the “bistronomie” off the cuff informal service or the Rebecca-like (from Loic) informality of the sommelier that sits beside you and talk wine. Everybody were very focused, called me “mister” and were very professional. They had a clear vision where they were supposed to be in space and time and I guess I prefer my service informal.

The wine list is very short but very good, This is not a place where I’d go drink wine all night (its not larry’s, vin papillon, loic or Pullman’s) but the pairings served to me were fantastic. Once again the sommelier was very knowledgeable and professional but the service was a bit too formal for me. I drink a lot of wine and felt like a beginner so I guess someone who drinks a lot less than me might feel a bit overwhelmed by all this.

The first dish was blue chanterelles with tomme du marechal. The pairing was fantastic, with the chanterelles swimming in butter giving a umami kick that was countered by the barnyard funk of the goat milk cheese. The wine was fine with it.

The second dish was heirloom tomatoes, eggplant and myes. The star of the dish was really the tomatoes who were at the same time acid and rich. The rest contributed to put the tomatoes as the star of the show. With it was probably one of the best rosé I’ve tasted: an austrian wine called Schilcher Frizzante from Franz Strohmeier. A truly spectacular thing.

The main course was pork, beans and green garlic. I didn’t like it that much. Once again it had a clear direction but it didn’t jive with me. The pork was a good concept but it didn’t leap from the plate and the associated elements didn’t contribute harmoniously to its enjoyment. Maybe a bit more salt? A purée to give it dept? The pork was pretty fat but the pickled onions were not enough. It was a noble try, well done, but not to my liking. I enjoy, however, the fact that I might not like everything. This is the kind of menu where you’ll find something excepional, something good, something merely fine and something not that good to you. You take the risk to get the reward.

The wine that was paired with it was really great: a Syrah d’Ogier from Stéphane Ogié.

For dessert I decided to try the mozzarella with artichoke and tomatillo. The mozzarella is a locally made product and is truly spectacular but the surrounding food did not contribute to match it well. The best part of the dish was where I tried the mozzarella alone and, once again, that spells a problem. Perhaps trying to pair it with the tomatoes from dish #2? Nuts? Olive oil? Balsamic vinegar? Herbs? Basilic? Some kind of cured meat (salumi?)? Smoked salmon? There are a lot of potential pairing but the artichoke and tomatillo fell a bit flat.

Overall I really liked my experience. The menu changes every month so I will be back. With friends.

Will I like everything? No. That’s not the point.

I might just taste something, however, that I will remember for a long time.

Yeah, but that avatar’s not Cap’n Crunch.

This is Cap’n Crunch: 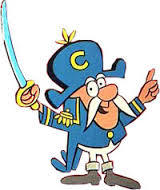 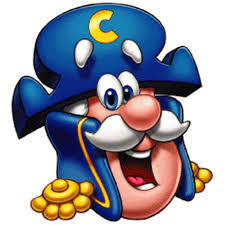 I’m sensing a cold childhood somewhere in the Laurentian outback cut off from all normal contacts with popular video culture.

By the way I recognize that Avatar. It’s captain Archibald Haddock from Tin Tin.

Don’t ask. I have a long, protracted, and some would say overly prolonged history with comics and animation

Thanks! The title was actually an auto correct accident!

My actual nickname is “Capitaine” (a long story… basically a thing in a party that went viral) but since “Captain”, “Capitaine” & “Capt” are usually used I sometime have to try other things, like Capt.Crunch. Now, I tend to like Capitaine Haddock’s picture better than Capt.Crunch so I’m using Capt.Haddock’s.

Nobody ever said I had to be thematically consistent on the internet!

I’m thinking about changing my avatar to Obelix for a while: 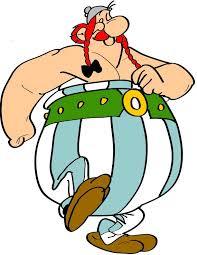 I love both your current avatar and the obelix picture!